Scientists have used the Atacama Large Millimeter/submillimeter Array (ALMA) to study a very young star system called Elias 2-27. The team has shed light on some mysteries of planet formation by confirming that gravitational instabilities play a key role in planet formation. For the first time, researchers directly measured the mass of a protoplanetary disk using gas velocity data.

During their observations, Elias 2-27 exhibited evidence of gravitational instabilities that occur when planet-forming disks have a large fraction of the entire stellar mass of the system. This study marks the first time scientists have shown kinematic and multi-wavelength proof of a gravitationally unstable system. 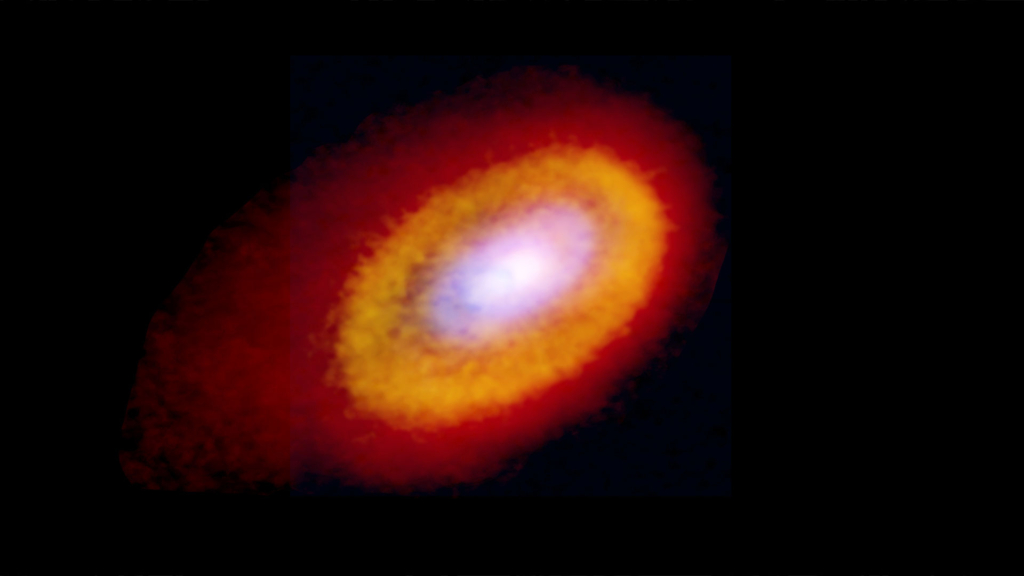 Elias 2-27 has been observed since discovering in 2016 that it had a different disk structure compared to other previously studied systems. Its proto-planetary disk had a pair of large-scale spiral arms, something never before observed in protoplanetary disks. Along with the gravitational instabilities, researchers also found perturbations in the star system above and beyond theoretical expectations. They believe that could be new material from the surrounding molecular cloud falling onto the disk, making the entire system even more chaotic.

Elias 2-27 is extremely asymmetric in its gas structure, which was completely unexpected. Researchers say the system is the first time they’ve observed a vertical asymmetry in a protoplanetary disk. The large-scale perturbations linked to the spiral structure in the protoplanetary disk could have significant implications for planet formation theory. One researcher called it the “smoking gun” of gravitational instability, potentially accelerating some of the earliest stages of planet formation. Researchers are clear that their work isn’t yet done, and it’s made more difficult because it takes millions of years for planets to form.