Scientists gain new insight into the atmosphere of Pluto

In the middle of August 2018, the dwarf planet Pluto passed in front of the star giving astronomers an ideal opportunity to learn more about the atmospheric density of the former planet. Researchers from the Southwest Research Institute and a team of astronomers used telescopes at numerous sites in the US and Mexico to observe the atmosphere of Pluto as it was backlit by a well-placed star on the night of August 15, 2018.

Pluto’s passing in front of the star is known as an occultation event and was used to measure the overall abundance of the dwarf planet’s atmosphere. During their observations, scientists found evidence that the atmosphere around Pluto is disappearing and refreezing onto the surface when it moves farther away from the sun.

Scientists have used occultations to monitor changes in the atmosphere of Pluto since 1988. New Horizons also obtained density profile information when it flew by Pluto in 2015. Interestingly, data gathered in that flyby was consistent with past data showing that the bulk atmosphere of Pluto doubled every decade. However, data gathered in 2018 did not show that trend continuing.

Telescopes near the middle of the path of Pluto’s shadow observed something called a “central flash,” which happens when the atmosphere of Pluto refracts light into a region at the very center of its shadow. Scientists note that the central flash seen in the 2018 observations was the strongest ever recorded during a Pluto occultation. Pluto’s atmosphere is mostly nitrogen and is supported by the vapor pressure of surface ice. Small changes in surface temperature can result in large changes in the density of its atmosphere. 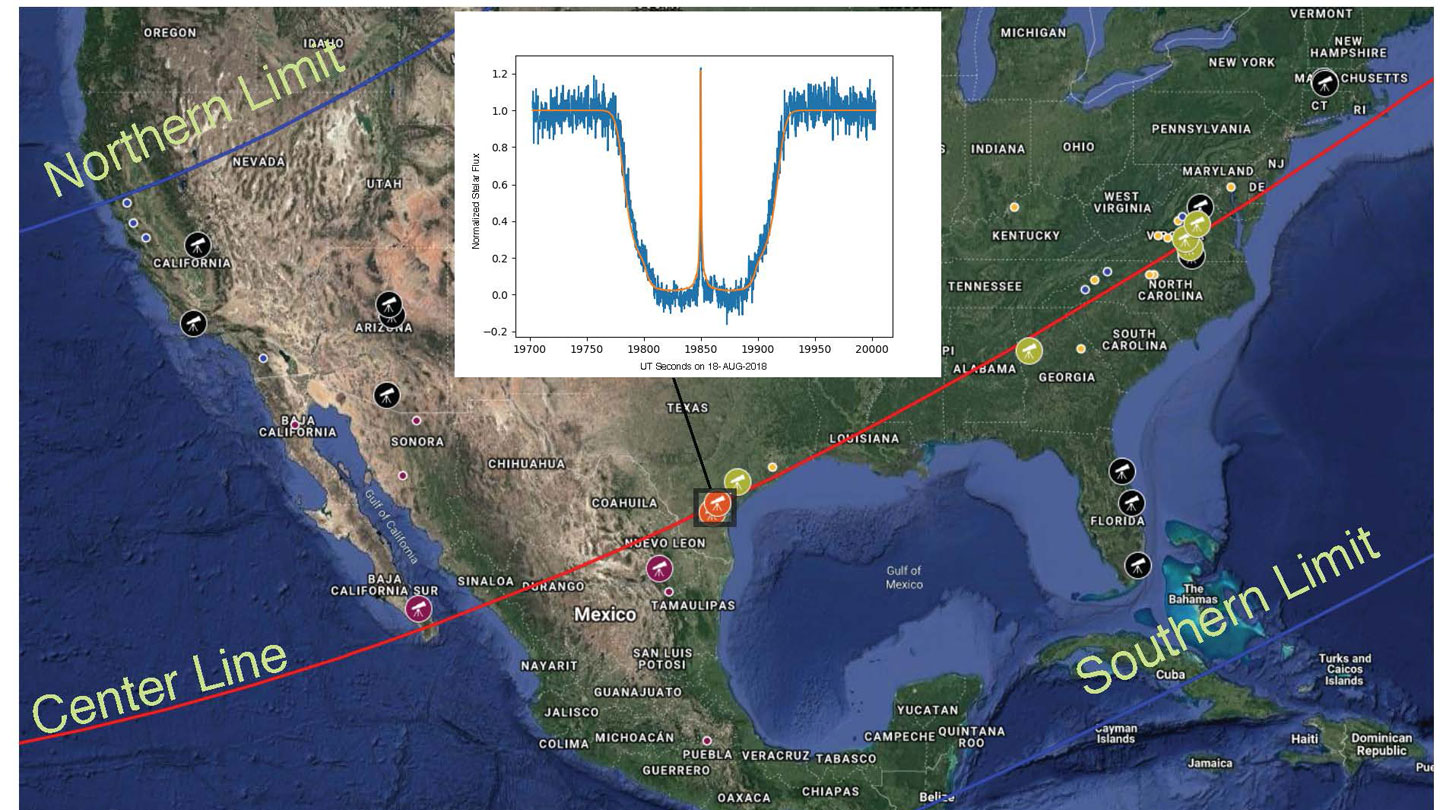 It takes Pluto 248 Earth years to orbit the sun completely, and its distance from the sun varies from 30 astronomical units to 50 astronomical units. During the past 25 years, Pluto is moving further from the sun, meaning it receives less and less light. Until 2018 surface pressure and atmospheric density were increasing via a phenomenon known as thermal inertia. However, new data suggests that as Pluto cools, atmospheric density is declining.