Researchers from UCL and IIT have created a temporary tattoo with light-emitting technology of the sort used in TV and smartphone screens. Scientists say that the technology paves the way for a new type of smart tattoo with a range of potential uses. The tech uses organic light-emitting diodes or OLEDs that are applied in the same way as water transfer tattoos.

The OLEDs are fabricated on temporary tattoo paper and transferred to another surface by being pressed onto it and then dabbed with water. The researchers say their new smart tattoo could be combined with other tattoo electronics to perform functions like emitting light when an athlete is dehydrated or when wearers need to get out of the sun to avoid sunburn.

OLEDs might also be tattooed on packaging or fruit to signal when the product is past its expiration date. The team says there is also a possibility for the technology to be used in fashion to create glowing tattoos. Researchers say that their breakthrough has demonstrated for the first time that tattooable OLEDs can be made at scale and low cost.

The tattoos may also have healthcare applications where they could glow if there’s a change to a patient’s condition. The team thinks the technology might also be combined with light-sensitive therapies to target cancer cells. The researchers say their proof of concept study is the first step into other applications in the future. 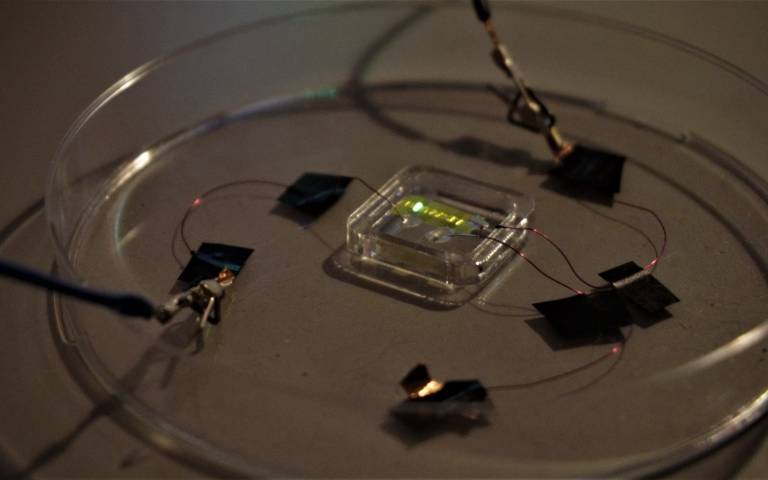 Future challenges include encapsulating the OLEDs as much as possible to prevent them from degrading. The team also wants to integrate the device with a battery or supercapacitor in the future. The OLED created by the researchers is 2.3 micrometers thick and has an electroluminescent polymer between electrodes and an insulating layer between the electrodes and the commercial tattoo paper.