Saudi Telecom have been showing off their concept wireless router, in an attempt to demonstrate that networking hardware doesn’t have to be ugly and antenna-festooned.  Seemingly the best way to do that is to make the router serve double-duty as a vase.

Round the back there are the usual ports, round the front the status LEDs, and up top the hole where some well-meaning person will pour water to give your flowers a drink, thus bringing down your home internet connection.  Personally I think this is the silliest flower-vase idea since VW put a little daisy holder in their new Beetle.

Saudi Telecom have also arguably not gone far enough.  The vase-router still looks like a piece of technology, just one in an odd shape with a few flowers sticking out the top of it.  I’m not entirely sure if this concept is pegged for production, but I’m hoping not. 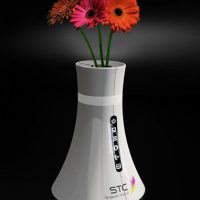 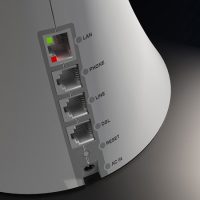 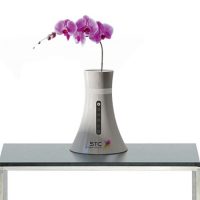