A newly surfaced patent indicates that Samsung could be working on new magnetic VR controllers for its Gear VR headset. The patent was filed back in December and published earlier this week, and in it we see details about controllers that utilize a magnetic field to determine the position of the user’s hands. Virtual reality usage scenarios are specifically discussed in the patent, though the details mention using the controllers for multiple devices and not any single one in particular.

The patent is joined by illustrations showing users wearing a VR headset while utilizing two of these magnetic controllers. Thanks to the magnetic field, the controllers would be able to determine where the user’s hands are located at any given moment and relay it back to the VR environment for a realistic experience. 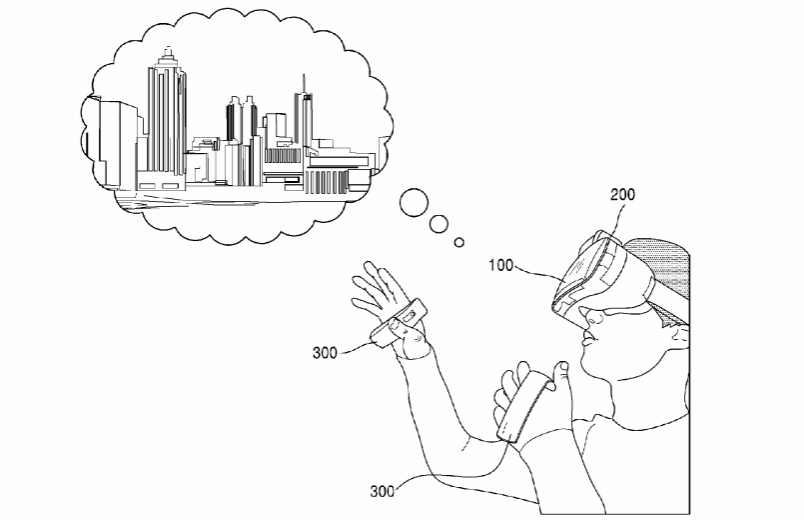 Controllers are an important component for playing many types of virtual reality games, but using traditional gaming pads hampers the realistic nature of the VR worlds. By using individual wireless controllers, gamers are able to experience more realistic hand movements and motions to simulate actual tasks and activities; we see this with the Oculus controllers, for example.

Samsung already has a Gear VR controller similar to this (check out the link below), though not one using magnetic technology to track hand positions. Whether the company will ever actually launch these magnetic controllers is anyone’s guess; the existence of a patent doesn’t mean an actual product is inbound. At the moment, the patent application hasn’t yet been granted a patent number.