A group of Scottish geeks from Robert Gordon University in Scotland laid their hands on the slick and very cool second-generation Microsoft Surface computing system. The system in question uses the Samsung SUR40 display. The guys go through the unboxing of the Samsung display unit and its assembly. After all the screws are turned, they start the system up and fiddle about with a bit.

Apparently, the Microsoft Surface device will be used to train developers at the college. After hearing about the second-generation Surface system for so long, it’s cool to see it in the wild and in the hands of developers and end-users. This machine runs Windows 7 Pro and it appears to operate pretty much like a normal computer. 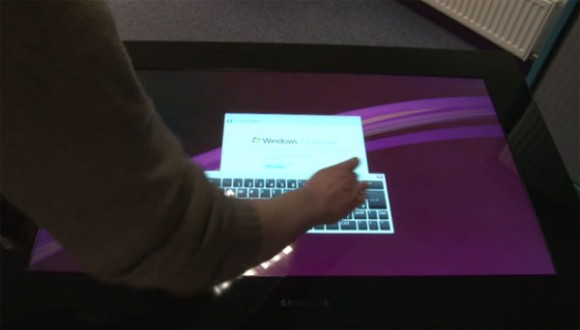 Once assembled and booted, the people in the video playing with the device a bit and we see them using Bing for searches, touching the screen all around, and checking out maps. I will say it appears that the graphics are crystal clear and very smooth even when things are being twisted, turned, and shoved around on the desktop. I think if I had an extra $9000 burning a hole in my pocket, the second-generation Microsoft Surface might be in my game room. Check out the unboxing video below to see for yourself.