Samsung has spun-off new projects from its C-Lab incubator, including a smart highlighter for digitizing handwritten text, and an artificial window for boosting your vitamin D levels. Running since 2012, Samsung C-Lab offers the company’s employees the opportunity to work on a side-project, with the support to spin it out into a standalone startup if the idea has merit.

It’s been responsible for everything from an emotional support hologram, to a system to navigate through VR environments using facial expressions. Other ideas have been less outlandish, like a smart belt that tracks fitness, and which later launched on Kickstarter, and Samsung even bundled a production version of one product with Galaxy S20 preorders in South Korea.

For 2020, there are a few more unusual ideas to consider. Hyler, for example, looks like a standard highlighter pen at first glance. However inside it has an optical module and a line scan camera, which can be used to digitize analog text.

Optical character recognition has been paired with Hyler’s newly-developed “source matching” system to reduce errors introduced by hand-movement as the scanner is swiped across the page. Samsung says that can cut both character error rate (CER) and word error rate (WER) by around 50-percent.

Once digitized, the text can be searched, and it’s also possible to use it to look up words in online dictionaries. Hyler’s tip can be switched between an ink and an inkiness version, and when you put the cap on it automatically turns off to save power. 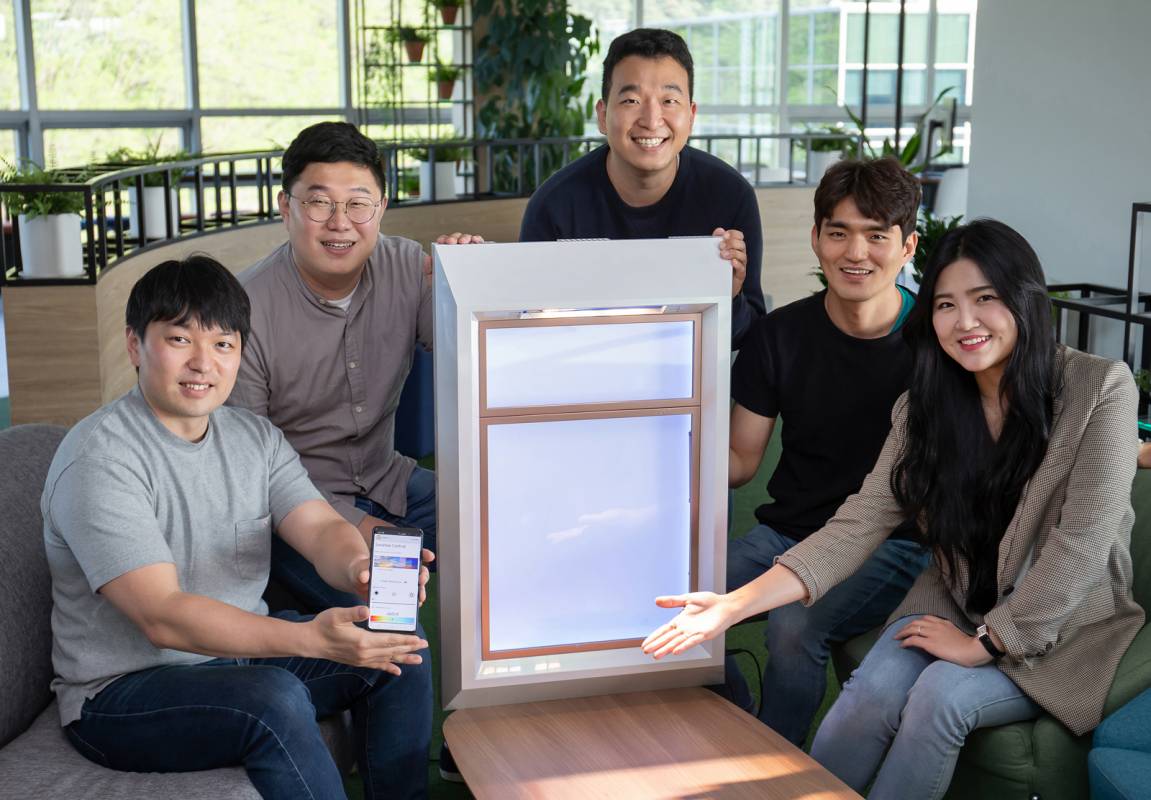 SunnyFive, meanwhile, looks at first glance like a window – albeit one without much of a view to enjoy. In reality, though, it provides artificial sunlight, mimicking the full solar spectrum but without ultra violet light that can age the skin among other damage. It’ll work as a wake-up light, replicating the dawn light, then cycle through to a red sunset at the end of the day.

In a real-world trial, an amount of vitamin D that would normally take an hour to synthesize through regular sunlight took place in six minutes, while the subject was in the shower.

The teams behind Hyler and SunnyFive now get investment and business consulting as part of C-Lab. Previous projects have used crowdfunding platforms to launch. Samsung also says that it offers spin-out participants five years within which they can return to their jobs at the company, as a backup plan should the startup prove unsuccessful.