After an uncertain beginning, the smartwatch market seems to have finally found its calling and stabilized. In fact, the past year and a half may have been influential to the market’s growth as more and more people become more conscious of their health. As with smartphones, not all players are winners, and for the second quarter of this year, Samsung has managed to rise to third place, though it still lags behind Huawei in the global smartwatch market.

It is, perhaps, surprising to hear that Huawei has managed to take and keep that coveted spot. Counterpoint Research, however, thinks that it might not last long as the embattled Chinese company’s smartphone business continues to decline. Such is the consequence of tying the Huawei Watches so closely with its smartphones and ecosystem, which have also seen a steep decline in the past months.

Apple is still at the head of the race, even if its market share went down to 28.0% compared to the 30.1% from the same second quarter last year. The Apple Watch, however, did just reach a 100 million user base milestone, cementing its position as the leader of smartwatches. Both the latest Apple Watch Series 6 and the Apple Watch SE are the quarter’s top picks among consumers. 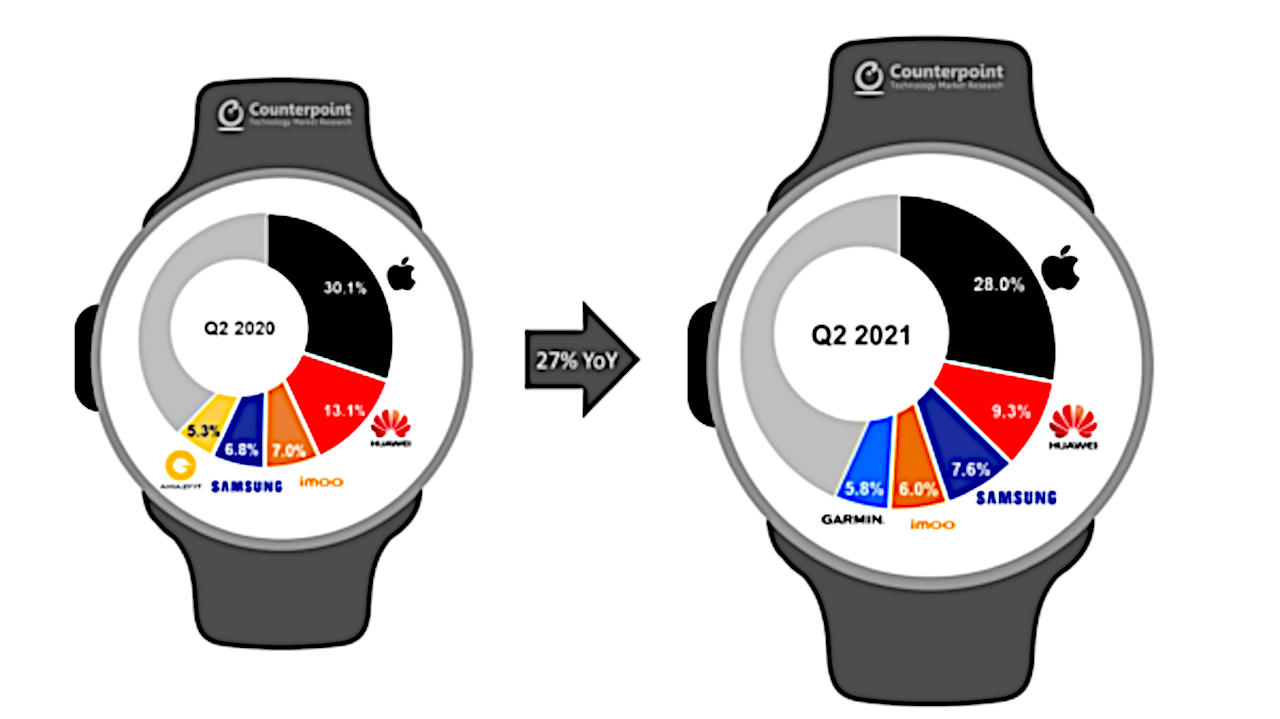 The Galaxy Watch 3 and Galaxy Watch Active 2 is likewise being credited for Samsung’s rise to third. Things could start looking better for the company now that it has adopted Wear OS for its Galaxy Watch 4 series, opening the doors to more people who stayed away because of Samsung’s Tizen-based wearable platform. We won’t see its effects, however, until perhaps after the fourth quarter of 2021.

Overall, the smartwatch market managed to grow by 27% year-on-year, with India named as the fastest-growing market. The status quo, however, could soon be upset with the proliferation of a new sub-$100 segment made up of Xiaomi, OPPO, and realme, a segment that recorded an astronomic 547% growth annually.