Samsung smartwatch concept uses your hand as a projection surface

One of the biggest limitations smartwatches face when it comes to using apps or interacting with the UI is their small screen. Samsung has a concept that might offer a solution, a recent patent filing has revealed. To put it simply, the wearable features a small projector that displays an extended screen on the back of a wearer’s hand.

As Samsung’s patent filing reveals, the projector would be paired with a camera and other sensor that would detect where a user taps and interacts with the UI being displayed on the skin. There’s also mention of the device identifying the shape and geometry of a wearer’s hand, allowing it to adapt the projected interface to display properly on an uneven surface. 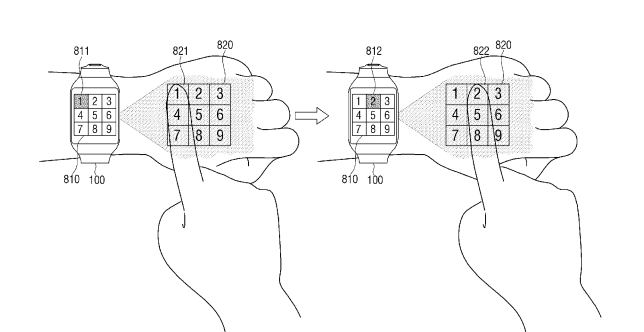 Some of the images show how the projected screen could be used, with the additional space used for app features such as dial pad or menu options, or treating the back of the hand as a writing surface. Another example uses the knuckles, or fingertips if the display is projected onto the palm, as locations for extra buttons. 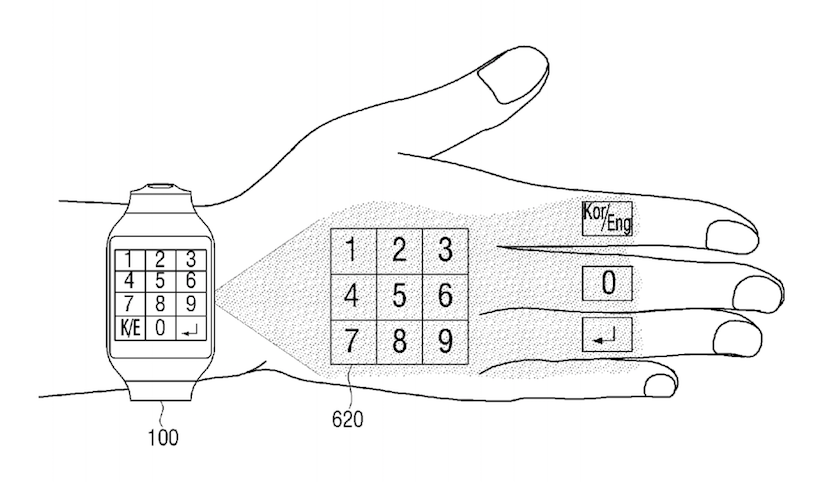 This concept could be a great way to make smartwatches more useful and interactive than devices that are just quickly glanced at for information. Instead of only being able to respond to messages with voice dictation, the ability to write and use a larger display could have wearables serve as something more than just an extension for a phone. 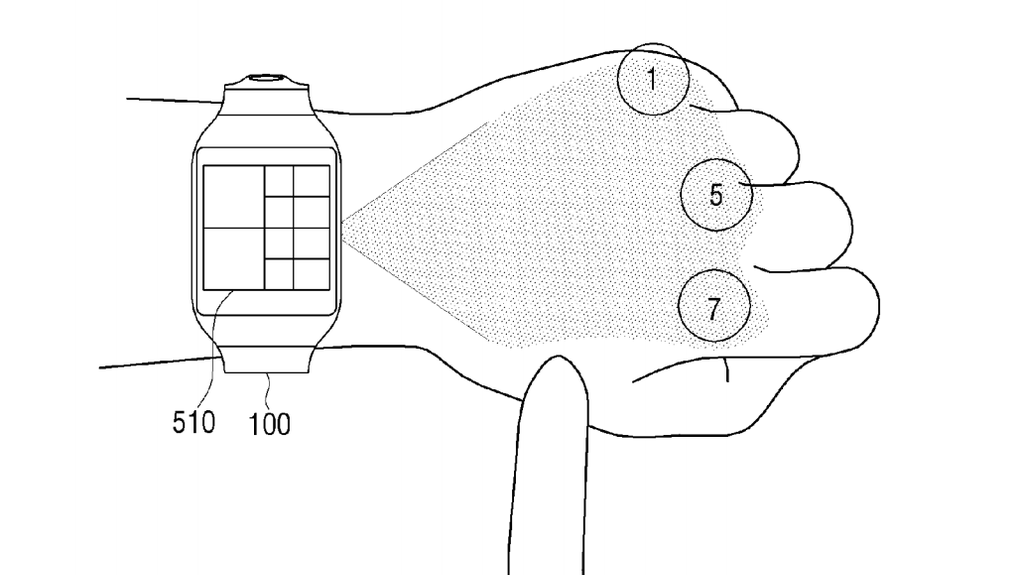 However, as with all patents, there’s no guarantee Samsung will ever develop such a device, or that the projection technology will even be used on a smartwatch. The features described could also be implemented in VR or AR headsets. Either way, hopefully it will lead to some better interfaces for wearable devices.

SOURCE US Patent and Trademark Office