When you’re wearing a virtual reality headset, you’re alone. Unless you’re in an app where your friends appear via the web as avatars, you’re all by your lonesome. This week a set of images have been delivered to SlashGear which suggest that Samsung is working on multiple methods for allowing a VR headset wearer’s VR experience to be more social – physically social, allowing those in the wearer’s immediate vicinity to be seen and participate in the VR experience.

We know that if you’re doing VR right now, you look like a goofball. That’s just how it is. That’s not necessarily how it has to be in the future. As Samsung sees it, it’s possible for more than one person to participate in a virtual reality scene, environment, or game – just so long as one person wears a VR headset.

These images have been given to SlashGear from a source familiar with the subject that wishes to remain anonymous. This source reminds us that that (as with all R&D projects) this research may never end up being published as finalized functionality. If it does, we wouldn’t be surprised to see these features on a Gear VR (with a Galaxy S7 or Galaxy Note 6 or something similar). 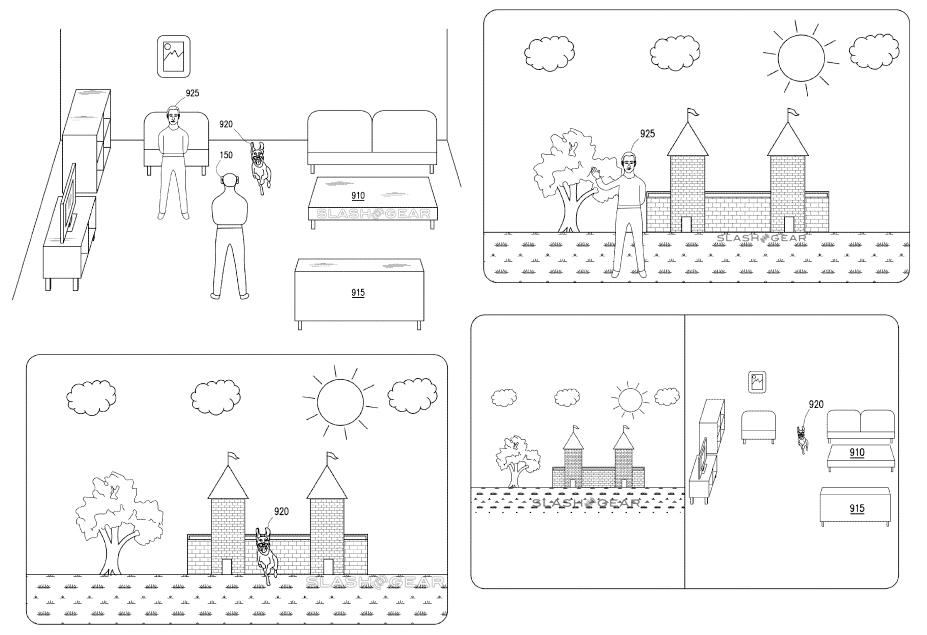 What you’ll see is a sort of augmented reality experience – but opposite of the AR you’d normally see. Normally AR uses the majority of your real world view as your primary environment, while the “virtual” items around you are added in by the machine.

In this case, the majority of the world around your is virtual, while the real-world items are fitted in.

Suddenly – bam! Everyone is in on the VR party. 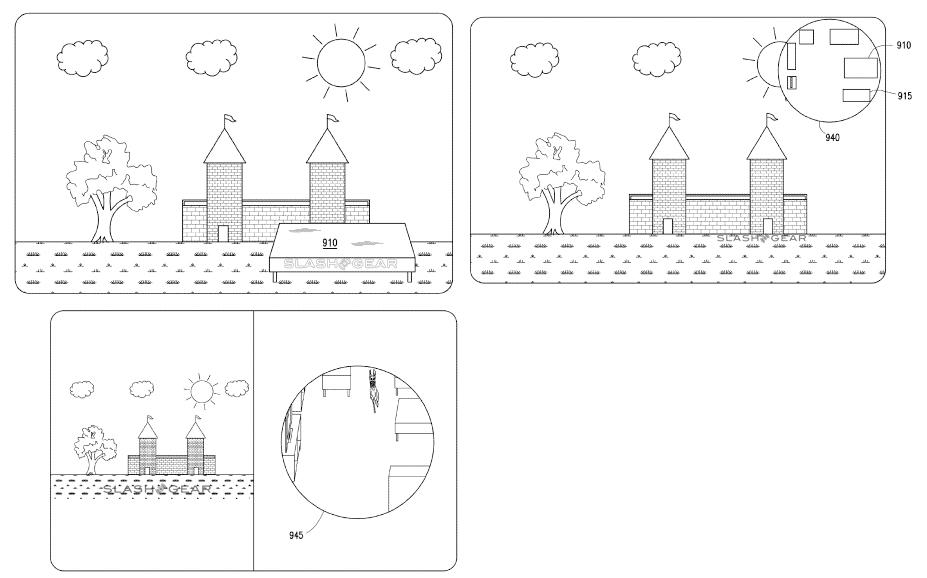 This sort of functionality isn’t the sort of thing that’s available on any VR headset as yet. The closest we’ve seen is a headset like Microsoft’s HoloLens. In that headset the primary environment is real while objects are placed in by the machine – as described above.

Samsung Gear VR does, on the other hand, have a Camera Passthrough feature which temporarily allows you to see what’s around you through the camera at the back of the smartphone in the headset. Similar functionality appears in the second set of drawings here – an expansion of the current abilities of the headset.

Now – the question of whether the current Samsung Gear VR can accomplish what’s laid out above or if it’s all made for future headsets, once the hardware can make it a reality.