In the data storage market, bigger and faster are often seen as the hallmarks of a winning product. But in this day and age where almost everything important is stored digitally, data storage products need to go beyond those two raw features. Reliability and versatility are just as important as speed and capacity and Samsung is more than happy to promise those through its latest generation of solid-state drives that boast the combination of three technologies to open up a “new paradigm” of SSD performance.

Fail-in-Place or FIP technology means that if only a few NAND chips fail, users won’t have to replace the entire SSD, which often means downtime or, worse, data loss. Samsung’s FIP software can detect a faulty chip, analyze damaged data’ and, if possible, move that data to healthier sectors. 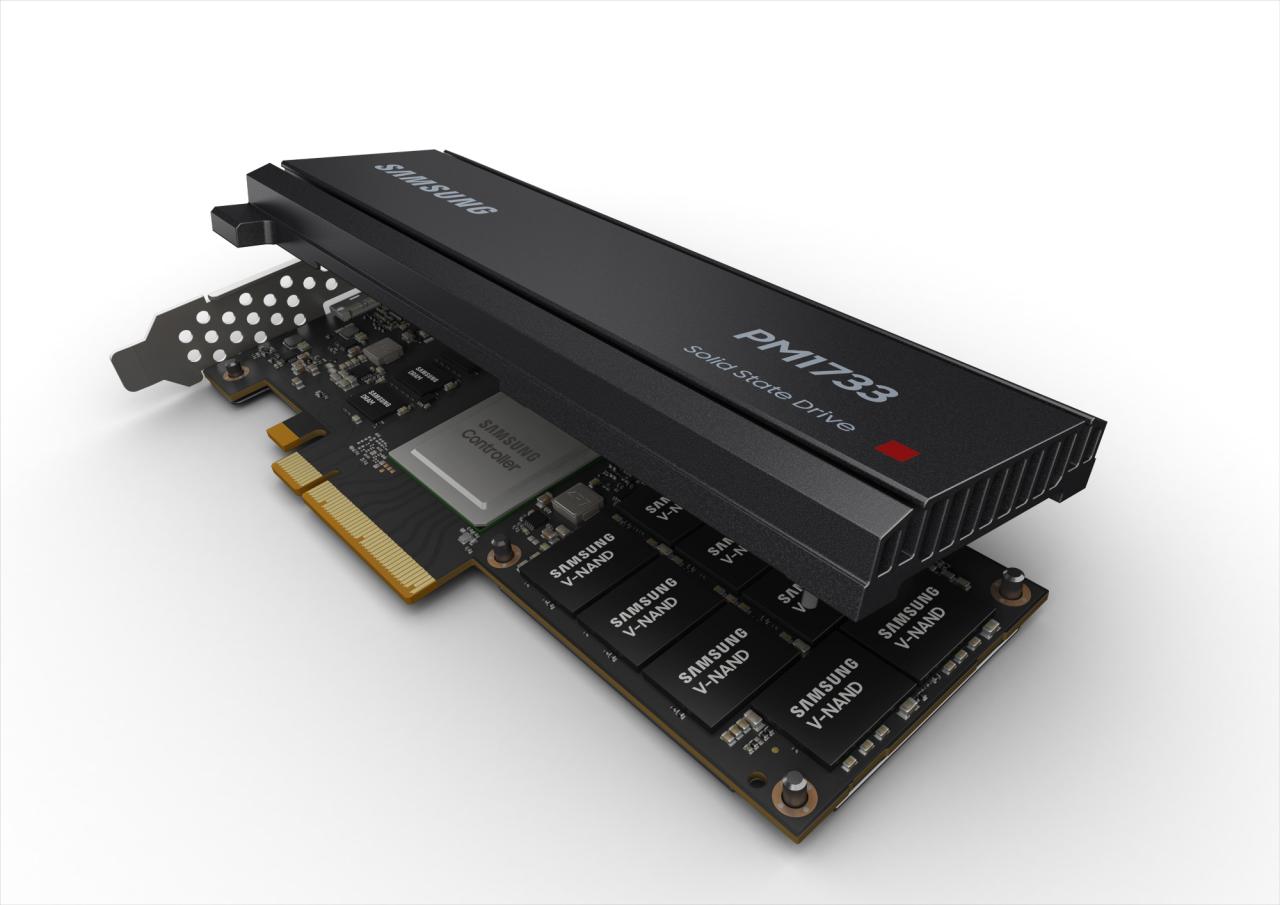 These new PCIe Gen4 SSDs come in two models, the PM1733 and PM1735, each coming in a variety of capacities for a total of 19 models. The SSDs boast of an astounding 8 GB/s sequential read spead and 3.8 GB/s sequential write speed. That’s 14 times more than your average SATA SSD. Samsung has not yet announced sizes and prices of these new SSDs will be available in the market. Although these are targeted more at enterprise customers and businesses, these technologies will eventually make their way down to products as well.