One thing that smartphone users all have in common is that they want the most screen space possible in the given limitations of a particular form factor. What that means is, whatever size the smartphone happens to be, we want as much screen as possible and no notch. Typically, cameras and other sensors are hidden within a notch, consuming screen space that could otherwise be used for video or images, among other things.

So far, there have been several methods smartphone makers have used to eliminate the notch, particularly using pop-up cameras. A new Samsung patent has surfaced that features artwork highlighting a very interesting S Pen stylus with an integrated camera. The stylus has multiple modes of operation, including one that pops the top of the stylus out of the smartphone body, providing a selfie camera that doesn’t take any screen space on the front of the smartphone.

The cameras are located on the end of the S Pen opposite the stylus tip. The S Pen in the patent also acts as a traditional stylus of the sort that Samsung has offered for a while for some of its smartphones. Another mode of operation allows the S Pen camera to be used remotely with gestures for activating the shutter.

Patent images highlight wireless connectivity and a stand that slides open, allowing the camera to be propped up. The detachable camera also has an integrated microphone and a shutter release button. Integrating a microphone suggests that it can also be used to record video. In addition, the design will support multiple camera sensors, allowing multiple apertures and viewing angles. 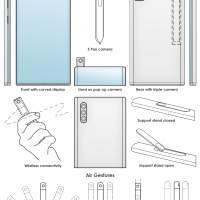 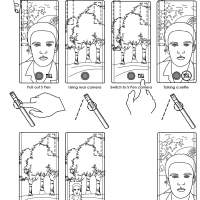 Samsung patent was filed with the World Intellectual Property Organization on March 5, 2021. The patent is titled “Portable terminal including separable camera.” While the patent was filed back in March, it was only released on September 10, 2021. As always, a patent is no guarantee that a product using the technology will come to market.