One of the biggest goals of computer gaming is immersion, making players feel like they’re really in the world. Some strive for that with engaging gameplay and stories that feed the imagination while others aim for visuals that captivate the eyes. The latter may be harder to pull off with traditional flat screens but you don’t have to dream of affordable VR headsets to have that suspension of disbelief. Monitor makers will tell you that all you need is a sufficiently curved screen and Samsung is more than willing to sell you its newest Odyssey G7 1000R curved monitor exactly for that purpose.

If you haven’t yet caught wind of the marketing terms that started with curved TVs, the “R” in that figure refers to the curvature of the screen. In this case, 1000R means that the Samsung Odyssey G7’s curve would make a circle with a 1000 mm (1 meter) radius if you had enough of these monitors to place side by side. As for why you’d even want a curved monitor in the first place, the common argument is that it follows the natural contours of the eyes and, therefore, looks more natural.

Whether or not you buy into that, the Samsung Odyssey G7 still has plenty of other features to entice gamers, biggest of which is the 240 Hz refresh rate and compatibility with NVIDIA G-SYNC and DisplayPort 1.4 Adaptive Sync. The wide 16:9 aspect ratio and 2560×1440 WQHD resolution definitely help as well, which is perhaps even more reason to want to curve that otherwise extremely wide screen just a bit. 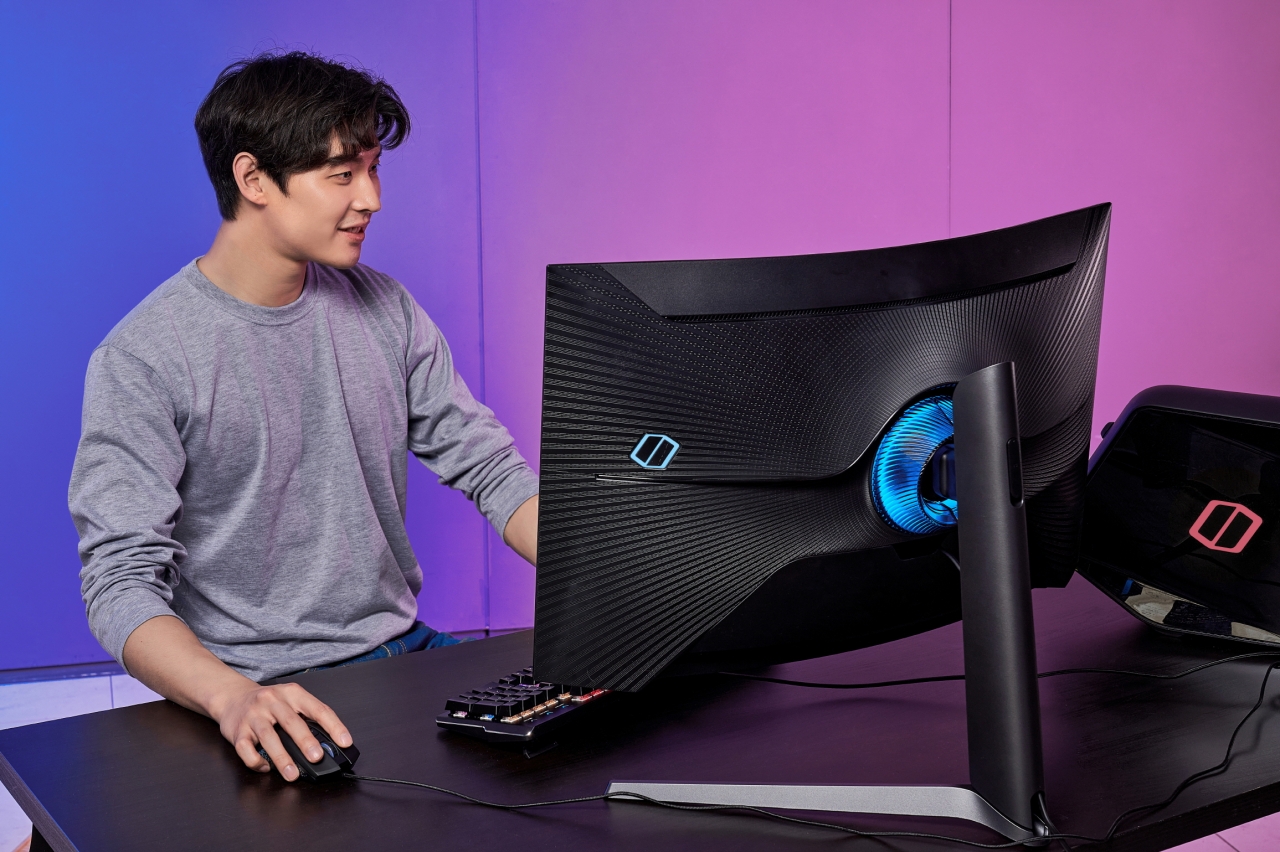 Many gaming monitors tend to end at those specs but the Samsung Odyssey G7 wants to look the part as well. Its color-changing rear core lighting system is designed to appeal to gamers’ penchant for bright colors on black surfaces and dark rooms. The system allows the color to be static, dim down, or even change depending on how gamers want it.

Announced way back in CES 2020, which feels like ages ago, the Samsung Odyssey G7 1000R curved gaming monitor is coming sometime in June. Coming in 27 and 32 inches, pricing and availability details have yet to be announced.