Things have come full circle in the mobile payments industry. What started out as a move away not just from cash but even from plastic has now embraced the latter again. Apple started out with a contact-less Apple Pay but eventually moved to releasing a physical Apple Card so it’s not exactly surprising to hear that Samsung would be following suit. That’s exactly what it did and now its Samsung Money, a collaboration with fintech startup SoFi, is finally arriving in the US to make plastic cards hip again.

Samsung Money, which, to be totally not confusing, is a part of Samsung Pay, offers perks that go beyond that physical card. Of course, Samsung could have just offered those directly to Samsung Pay users but the real deal here is really that black piece of plastic that is a perfect visual contrast to the white Apple Card. Samsung dubs it “cash management” but it’s technically a Mastercard debit card.

That said, you actually get two cards, with the digital and physical cards linked to each other. The physical card will arrive by mail and can be instantly activated by tapping it on your Samsung Galaxy phone. The card can be used like any debit Mastercard but without account fees, overdraft fees, transfer fees, or even in-network ATM charges. You have access to all the money management features you need in the Samsung Pay app, including the ability to transfer funds to the card from accounts you’ve already registered in Samsung Pay.

Beyond actual money, Samsung Money users also get some side benefits when buying Samsung products. Most notable are the discounts you can get across Samsung’s wide range of consumer products on Samsung.com, discounts that it promises can be used on top of whatever discount the site may have to offer. 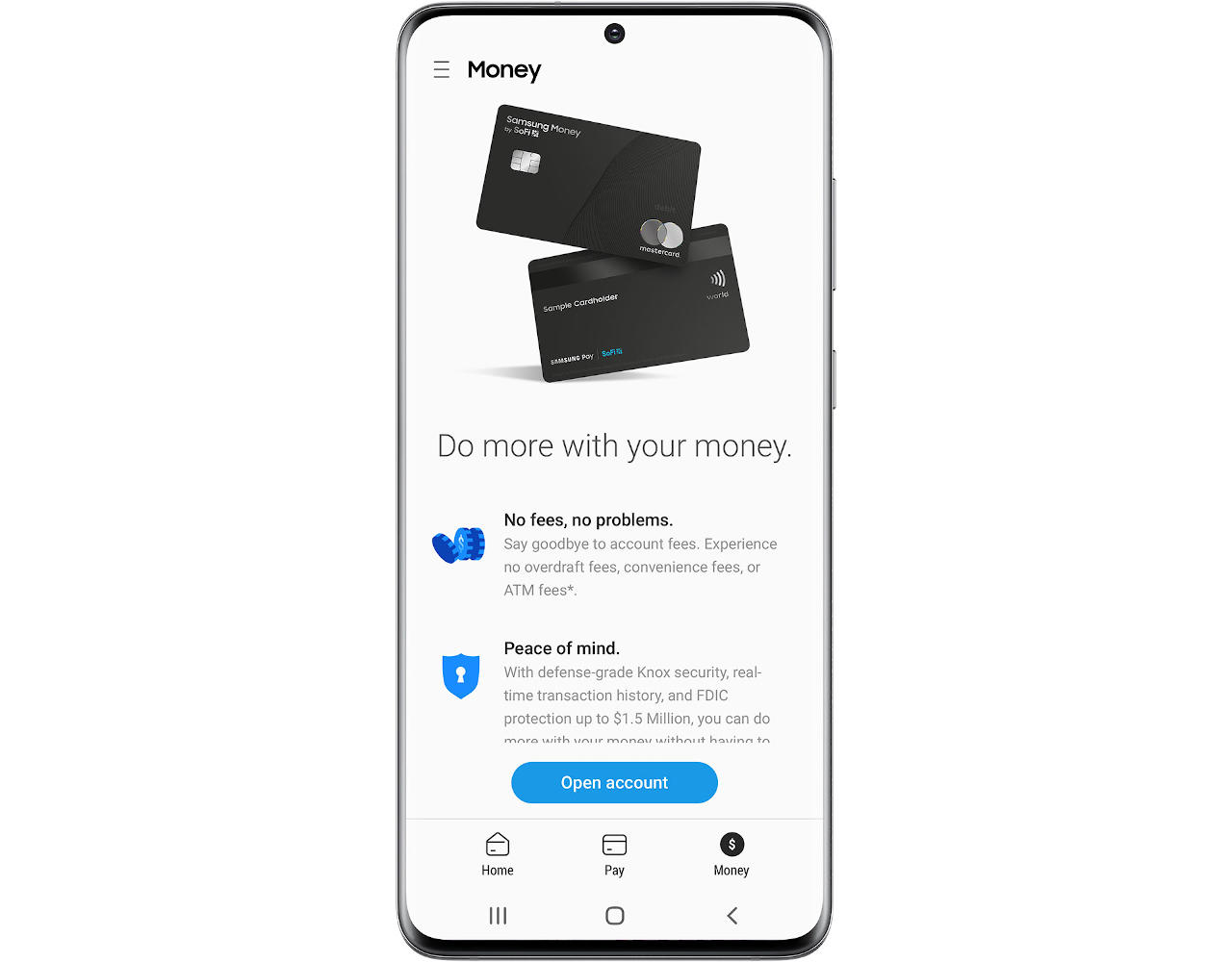 Samsung Money by SoFi is now available in the US and can be enabled from the Money tab in the Samsung Pay app. Given the physical nature of the card, that piece of black plastic won’t arrive just as instantly, of course. Don’t get too excited yet on the exclusive discounts either since those won’t be rolling out until after a few weeks.