Over the weekend, Samsung sent a relatively small number of its customers an email that they probably didn’t want to read on a weekend or on a weekday. The company was put its Linux on DeX beta program to rest and not because it was graduating to a stable release. On the contrary, Samsung was ending the program completely. It may have had a small number of users but LoD, as it was known, was well-loved by those because of what it enabled. Fortunately, there are other ways to carry on that promise in a hopefully more sustainable and more future-proof way.

There are actually two things involved here as the name may suggest, neither of which are actually intrinsically dependent on the other. The first is DeX, which is Samsung’s makeshift desktop experience that runs only on a large screen, either directly on a tablet or via an external screen in the case of phones. Despite looking like a conventional desktop, you are still running Android, just with a different home screen and with windowed apps by default.

Linux on DeX, on the other hand, runs a full graphical Linux desktop operating system on top of Android. At the time of LoD’s beta launch, it used a modified Ubuntu 16.10 LTS which, by then, was already old even by LTS standards. LoD ran full screen and only in DeX mode, giving the illusion of running a regular Linux distro on your phone. 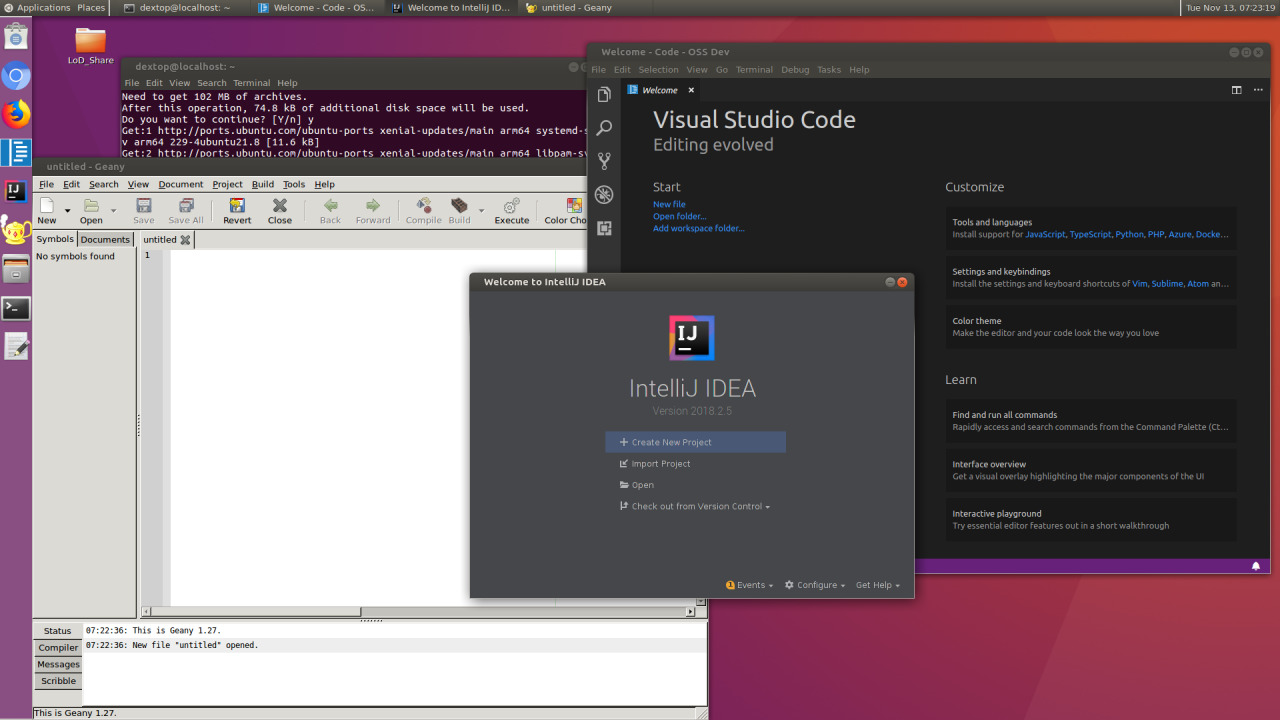 The requirement to run Linux only in DeX mode may have partly been for the proprietary technologies that Samsung used to improve graphics performance when running DeX mode itself. It might have also partly arbitrary, as some have been able to use the full graphical desktop just by connecting VNC running on the phone. Either way, Linux on DeX is dead but Samsung DeX itself will live on, at least for now.

Why LoD is DoA

Samsung announced that any device running Android 10, whether out of the box or via an upgrade, won’t be able to use Linux on DeX anymore. It is also killing the beta program even before the software could reach stable status. That said, even in its beta form, LoD was pretty polished and functional, only really needing an update to the latest Ubuntu LTS version. Sadly, Samsung is killing it off perhaps not for lack of interested users but because it didn’t fulfill Samsung’s initial goal.

Linux on DeX wasn’t really Samsung trying to woo Linux users into buying high-end Galaxy devices. It was, in fact, an attempt to pull in developers into its ecosystem. To some extent, it’s like Microsoft’s Windows Subsystem for Linux (WSL) that is delivering tools that web developers need to keep them happily hacking away using a Windows PC.

LoD dangled another carrot in front of developers, this time appealing to Android app developers. It gave them the environment to run tools like Android Studio to make apps for Android and, eventually, for Samsung. Linux users did flock to it but the explosion of apps Samsung may have wanted didn’t happen. To the company that’s always looking for developers to invest in its entire ecosystem, both Android and Tizen, it probably wasn’t worth the upkeep cost.

When LoD came on the scene, it wasn’t actually there first nor the only attempt at running Linux from an Android phone. There are, in fact, quite a handful of them but a few have stood out over the years. If you want to continue your Linux journey on your smartphone, you might want to take a look at these three open source solutions.

You might brush off Termux as just another terminal emulator but that misses out on two key points. For one, there are so many things you can already accomplish just on the terminal (with a proper keyboard, hopefully). For another, Termux is more than just a simple Android terminal as it practically runs a minimal distro on top of Android. And if you do want some GUI on top of that, there are also ways to make that happen.

The spiritual successor to GNURoot, UserLAnd approaches the Linux on Android solution from the opposite end. Yes, it has a way for you to install just a command line system but its real value is in installing full distros or even just GUI apps. It may not be as performant as Linux on DeX but it is more flexible, more customizable, and, most importantly, more available on other phones.

Maru OS is pretty much like the open source, Linux-based, and Android-based version of Microsoft’s original Continuum vision which, not by coincidence, was what Samsung DeX also is. Rather than running Linux as an app you can see on your phone screen, Maru OS likewise requires (or at least prescribes) an external screen when running the Debian OS inside your phone. Earlier this year, Maru OS creator Preetam D’Souza announced that the project would be using LineageOS as its base to open the doors to more supported devices. Hopefully, that will pick up the pace soon. 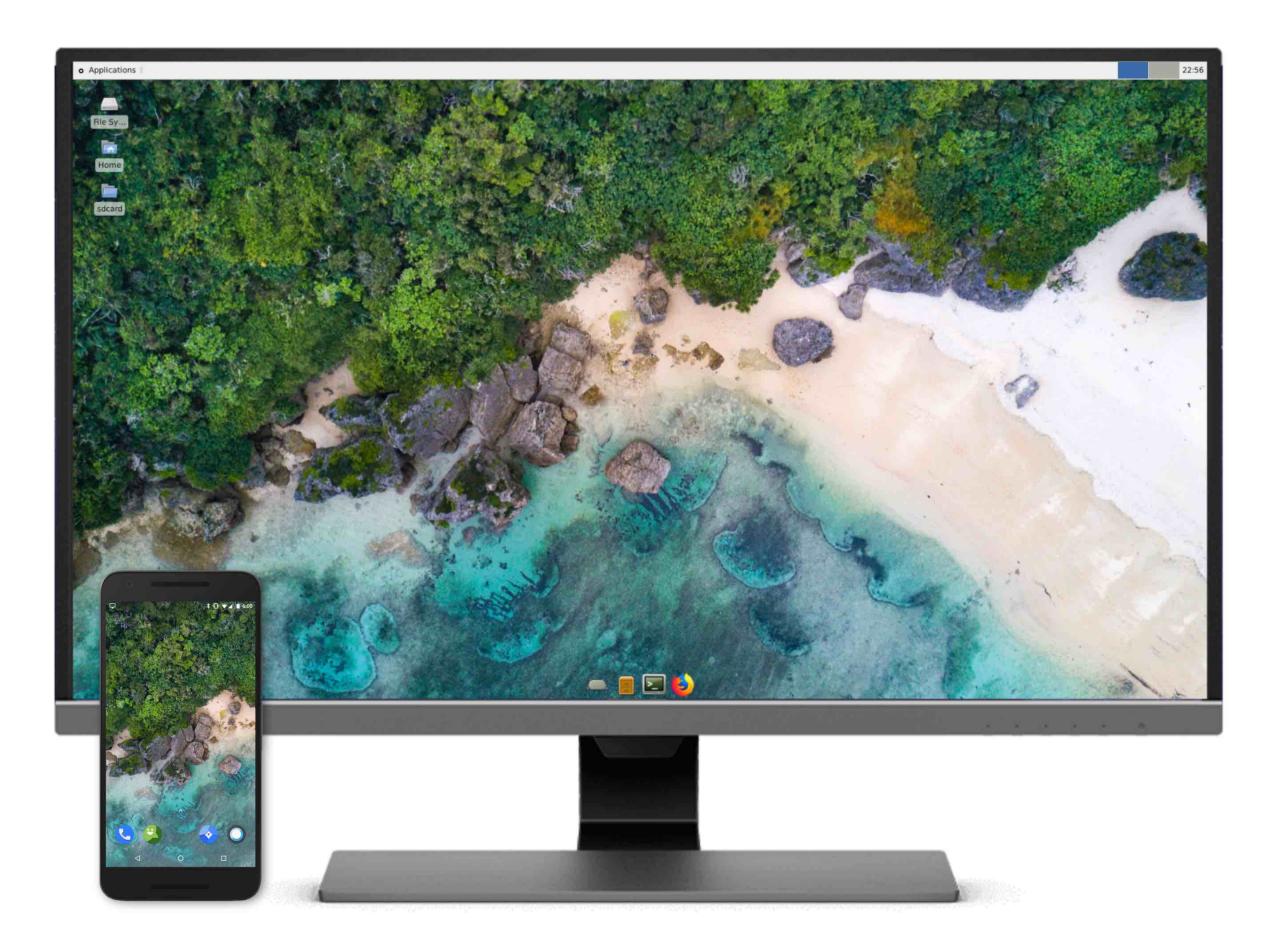 Judging by the reactions on the Web, Samsung’s decision to kill Linux on DeX has been met by a mix of disappointment and sarcasm. Given the lack of progress from Samsung’s side for almost a year, it was almost unexpected. It is simply just one of Samsung’s many bright ideas that were shuttered for lack of a profitable future. Given its almost Google-like spirit, Samsung may eventually drop even Samsung DeX itself. Fortunately, it isn’t really the only game in town, even if it has performance and ease of use advantages. And with open source solutions available, the likelihood of these disappearing forever will depend only on developers willing to do the work, not on a company that has to answer to its shareholders.