Samsung launched a UV Sterilizer for phones and small objects

Don’t be surprised if you notice a rise in gadgets that use ultraviolet light to kill bacteria. Although not exactly a way to kill the COVID-19 coronavirus, these trinkets promise peace of mind by killing the other harmful organisms that could weaken your immune system against the deadly virus. ZAGG recently launched such “UV sanitizers” for smartphones and, unsurprisingly, Samsung is also jumping on board with one of its own.

Not all ultraviolet light is created equal and some wavelengths are actually harmful to the skin as well as to electronic devices like smartphones. UV-C is the spectrum that’s being promoted as the “safe” range for both humans and electronics but pulses of this light can be fatal to microorganisms instead.

That’s the same principle used by UV sterilizers like the one that Samsung is now launching in Thailand. The white box is large enough to fit Samsung’s largest phones, currently the Galaxy S20 Ultra, and even other items like sunglasses or Samsung’s Galaxy Buds+ TWS earbuds. Yes, Samsung says the Galaxy Fold is also safe inside this UV cleaner.

The box bombards the phone with UV-C light for ten minutes, enough to kill 99% of bacteria, claims Samsung. It does have a special trick for Samsung phones as it can wireless charge the phone inside, even when the UV-C light goes off. Presumably, it will also charge the Galaxy Buds+ or any Qi-compatible device. 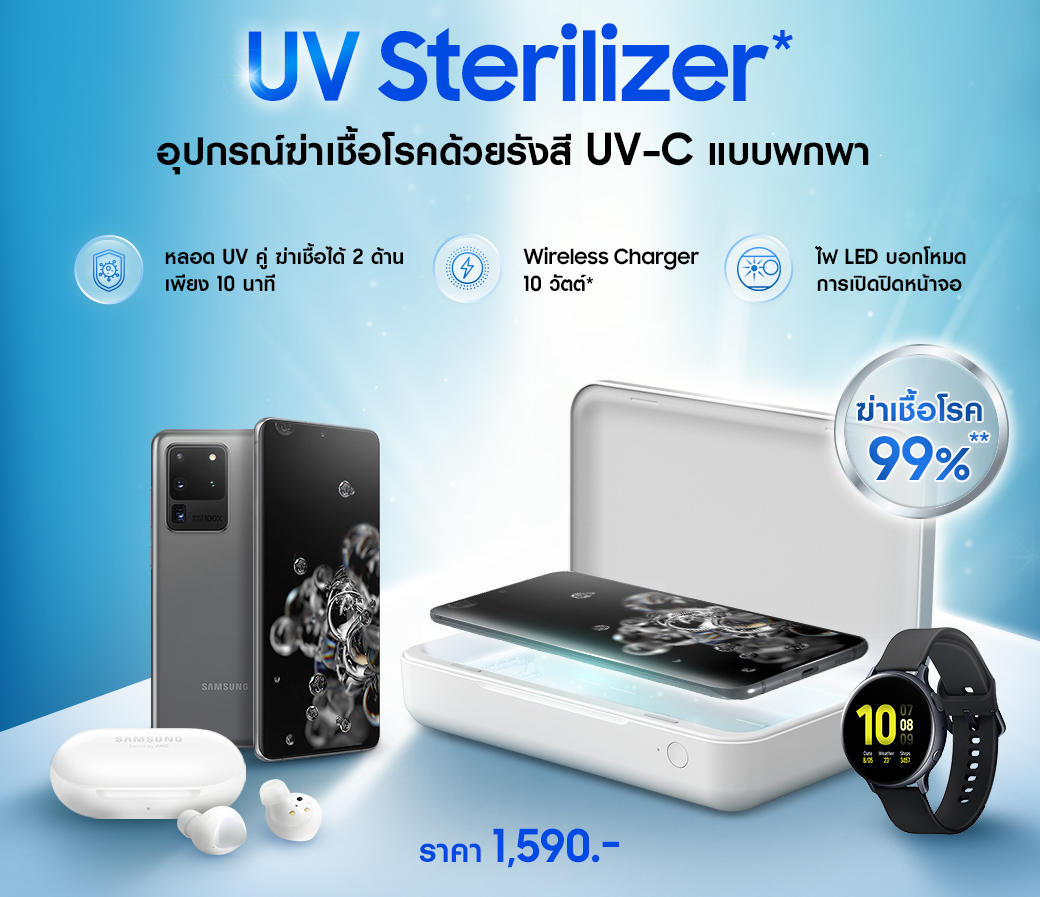 Samsung is selling its self- branded UV Sterilizer for 1,590 THB, roughly $50. It isn’t known yet if the company plans on launching the accessory outside of Thailand, but you can also go with mophie’s or InvisibleShield’s versions, now available in the US. Or if you wait long enough, you’ll probably see a flood of such UV sanitizers in the market, some perhaps less trustworthy than others.