Although higher pixel counts don’t always translate to higher quality images, it sometimes never hurts to have more if you can afford it, especially since it looks good in marketing. For years now, Samsung has been pushing the envelope when it comes to the number of pixels a single mobile image sensor can hold, and it has just announced a new milestone with the 200MP ISOCELL HP1. Samsung also introduces the new ISOCELL GN5 promises upgraded autofocus with a more “normal” 50MP sensor.

108MP or even 64MP sensors don’t always use all the pixels to shoot 108MP or 64MP images. More often than not, they utilize pixel binning, sometimes referred to as Quad-Bayer filter, to combine adjacent pixels to produce an image with a smaller pixel resolution but with higher quality and higher light absorption. The ISOCELL HP1 works in the same way but with even more flexibility thanks to its 200MP 0.64μm pixels.

With less light available, the ISOCELL HP1 merges 16 adjacent pixels to form a 12.5MP sensor with larger 2.56μm pixels. Under bright light, the sensor can fully utilize all pixels for a 200MP image. It can also merge four pixels to transform into a 50MP sensor with 1.28μm pixels that can record 8K videos at 30 fps. 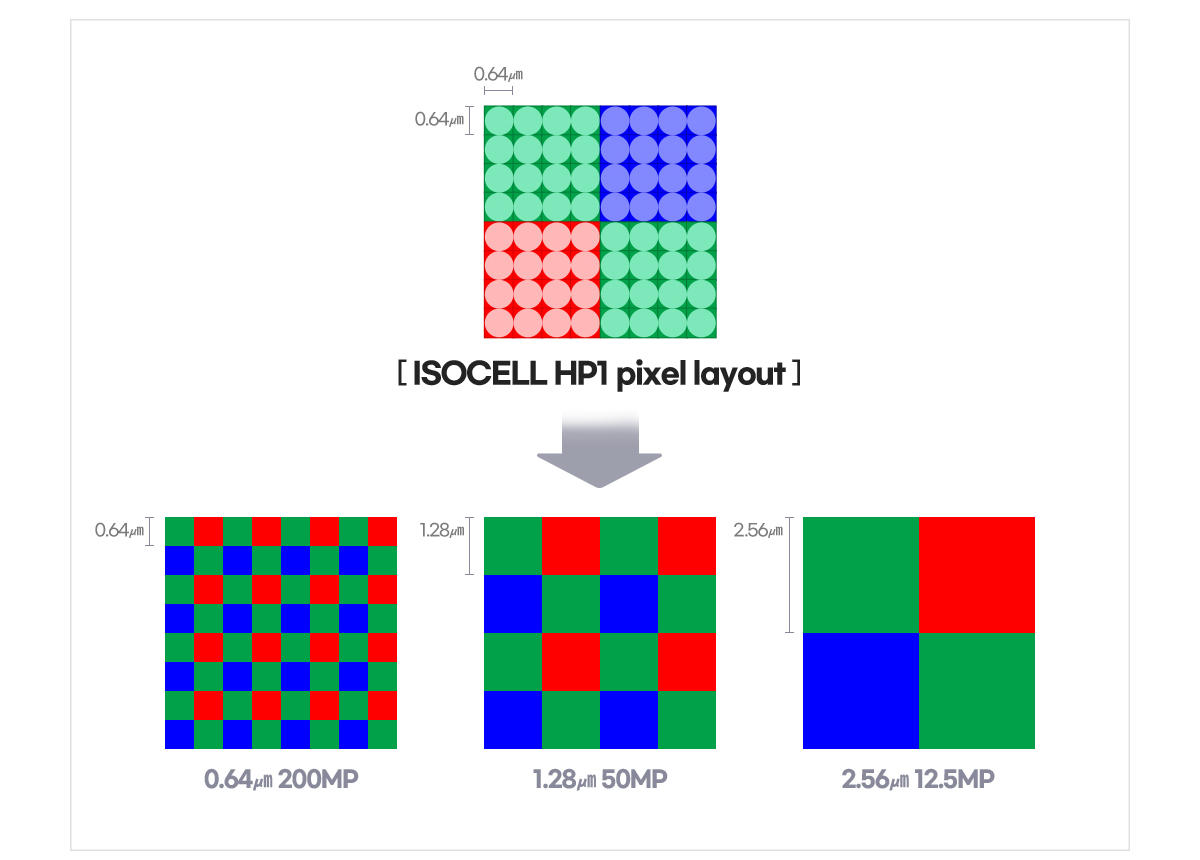 In contrast, the ISOCELL GN5 sounds almost like a more traditional 50MP sensor save for its 1.0μm pixel size and new autofocus technologies. Building upon Dual Pixel Pro, which uses two photodiodes per pixel for autofocus, a new Front Deep Trench Isolation (FDTI) adds a partial insulator within each pixel. This allows those photodiodes to absorb more light while reducing crosstalk within the pixel itself.

Previous rumors claim that the Galaxy S22 won’t be the beneficiary of the first-ever 200MP camera sensor, which could instead be a Xiaomi phone later this year. On the other hand, the Galaxy S22 has been leaked to get a 50MP main camera, and the ISOCELL GN5 definitely fits the bill.