Samsung gets some Oscars help for the Galaxy S7 edge

Tis the season for the Oscars and if you still haven’t had your fill of celestial bodies in dazzling clothing or tear jerking moments, Samsung might have a video to satiate you, if only for a while. Like a well-written script, Samsung takes another shot at adding Hollywood glamor to its marketing, but with something that involves less stars and more product placements. In a span of less than two minutes, you have the likes of Wesley Snipes, James Harden, Lil Wayne, and William H. Macy practically asking why can’t all smartphones be like the Samsung Galaxy S7 edge.

Why can’t a smartphone have a large screen yet be small enough to fit in a tight pocket? Why can’t it have enough storage to fit an inordinate amount of hopefully legally acquired movies (something that Samsung should have asked itself last year)? Why can’t an expensive smartphone swim in expensive champagne without drowning or breaking? Why can’t a smartphone be bird-proof? These are some of the hard questions that stars and random strangers ask, and the answer is, of course, all too obvious. 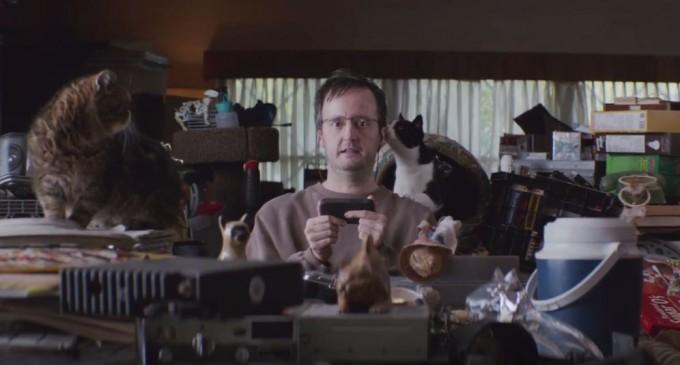 Samsung’s latest Oscar-themed ad is, admittedly, one of its more well-done pieces, that doesn’t really make a jab at its rivals, proving that you can indeed make a mean commercial without badmouthing others.

The OEM does have other ads to show in time for the Academy Awards, but less star-studded yet still mildly entertaining. One plays on the smartphone’s water resistance, a feature that Samsung left out from the Galaxy S6 last year. Considering how much of the planet is made up of water, wouldn’t it make sense to have a smartphone that can survive water too?

Things take a slightly weird turn with “The Dark” ad. As you might have guessed, this one promotes the low light photography of the Galaxy S7. Curiously enough, it does so by repeatedly saying how the best things happen in the dark and that you’d want to be able to capture those moments. Hopefully, no one would take that to their extremes.

Check out our hands-on of the new Galaxy S7 and the Galaxy S7 edge to see what these “do everything” smartphones can do.