Samsung has a pair of new wearables for IFA 2017, the Gear Fit2 Pro and Gear Sport, each targeting the wrists of fitness enthusiasts. The two smartwatches each come ready for a variety of exercise types, including a new Speedo partnership for tracking laps in the pool. Unusually, each also includes onboard GPS.

Both the Gear Fit2 Pro and Gear Sport share the same core specifications. That includes water resistance to 5 ATM, allowing wearers to go up to 50 meters (165 feet) underwater while in a pool or the ocean. They have real-time heart monitoring sensors, and auto activity detection that promises to split when you’re walking, running, cycling, or performing a so-called “dynamic activity” like basketball or even dancing. 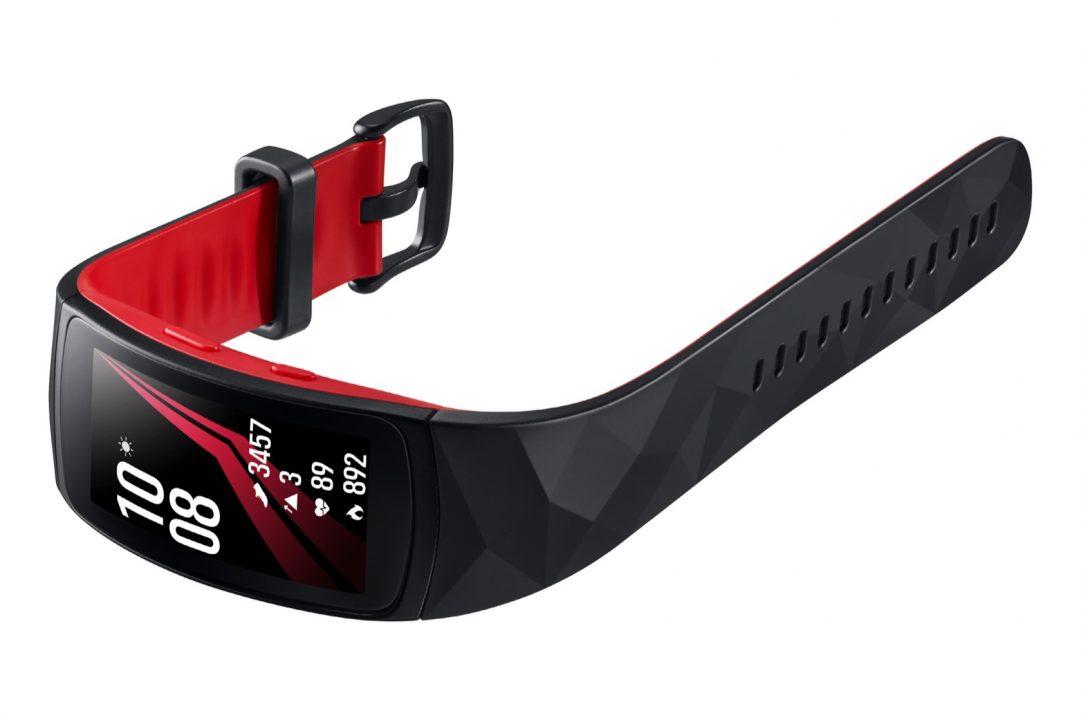 Sensors include an accelerometer, gyro, barometer, and heart-rate monitor. Samsung isn’t saying how long the 200 mAh battery should last when the GPS tracking is turned on, but we do know that it’ll sync with both Android and iOS devices. 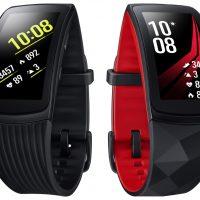 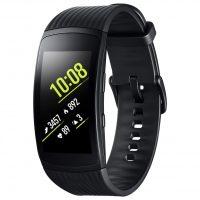 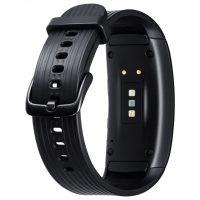 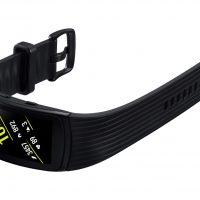 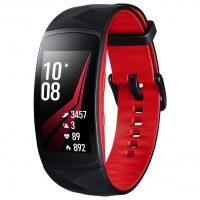 As for the Samsung Gear Sport, that has a circular 1.2-inch Super AMOLED display, running at 360 x 360 resolution and with its own Gorilla Glass 3 protection. It too has a dual-core 1.0 GHz processor and runs Tizen, though with 768 MB of RAM along with the 4GB of storage. Connectivity is the same combination of Bluetooth, WiFi, and GPS as the Gear Fit2 Pro, though Samsung also throws in NFC. 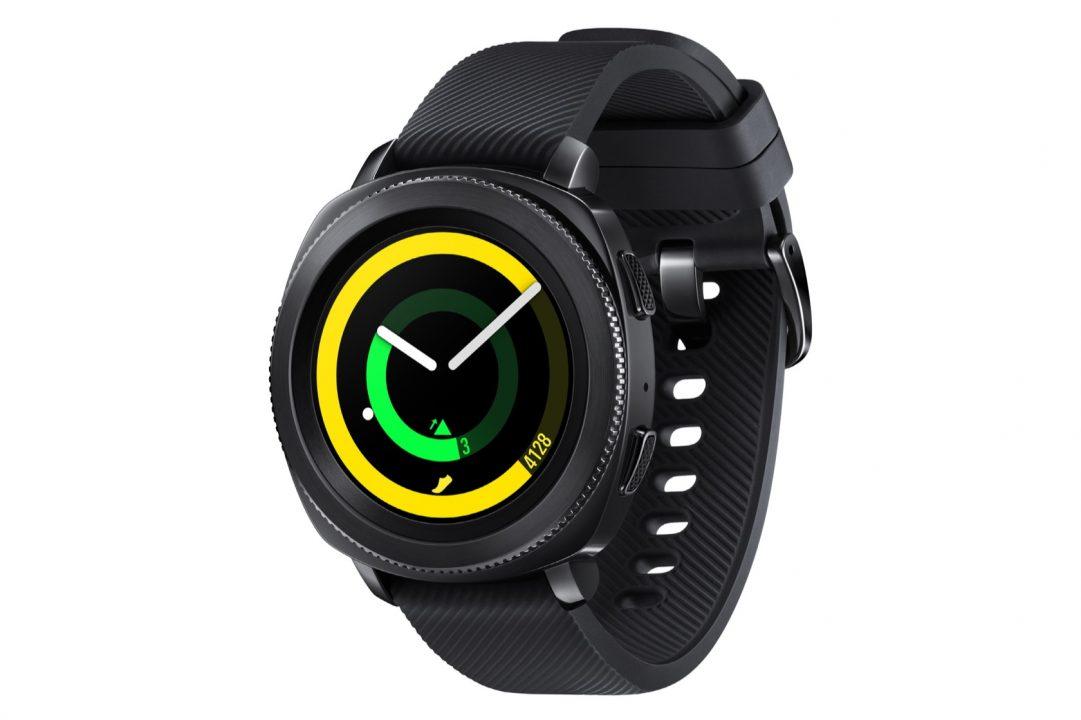 That can be used for Samsung Pay, allowing you to leave a wallet at home but still go shopping. The battery is 300 mAh and charges wirelessly. Samsung opted to use standard, 20mm straps so they can be easily swapped out. The Gear Sport also supports IoT device control through Samsung Connect, and the ability to work as a remote control.

As well as the core fitness tracking, both wearables have the option of a few extra partnerships. For instance, there’s support for Under Armour’s UA Record, together with MapMyRun, MyFitnessPal, and Endomondo. 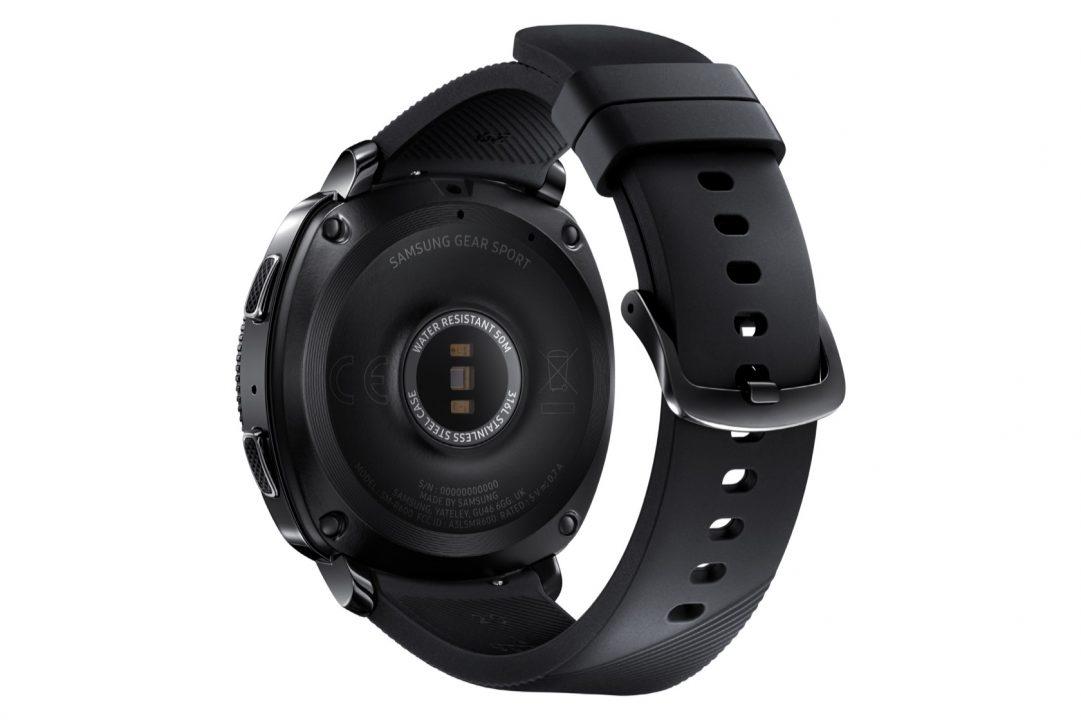 The Samsung Gear Fit2 Pro will be offered in black and red, priced at $199.99; those who preorder it from August 31 will get a pair of Samsung U Flex wireless headphones thrown in, too. It’ll go on sale on September 15.

As for the Samsung Gear Sport, that will go on sale in the fall. Pricing is yet to be confirmed, but Samsung says it’ll be offered in both blue and black. 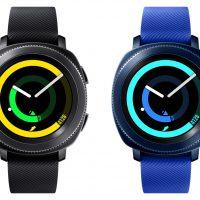 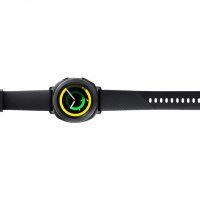 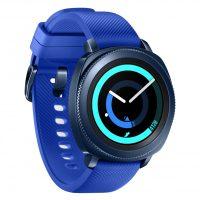 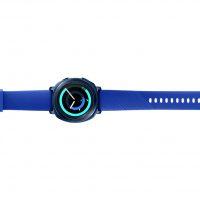 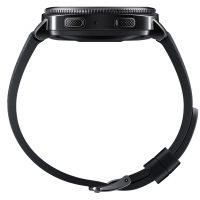