Samsung has yet another smartwatch for us, the Samsung Gear S, and this time the Tizen wearable has divorced itself from requiring a tethered smartphone thanks to integrated 3G. Fronted by a 2-inch curved Super AMOLED 360 x 480 touchscreen, the Gear S has dualband 2G and dualband 3G so as to get online independently, and supports calls and messaging as well as a range of other apps like turn-by-turn navigation.

Inside, there’s a 1.0GHz dualcore processor and 512MB of memory, along with 4GB of storage. Connectivity besides 2G/3G includes WiFi b/g/n and Bluetooth 4.1, and there’s A-GPS/GLONASS and USB 2.0. 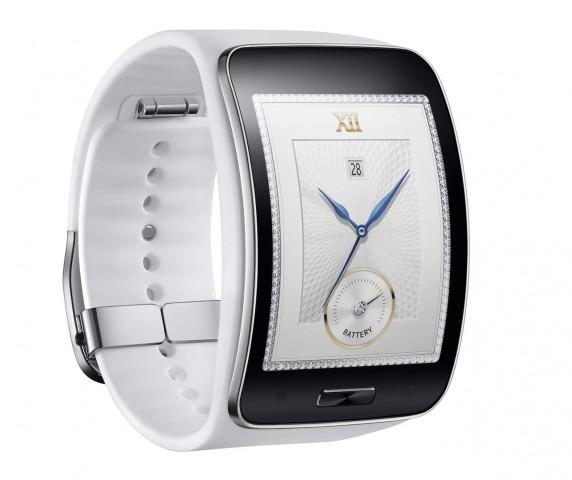 Sensors, meanwhile, follow on from the Gear 2, with an accelerometer, gyroscope, compass, heart rate sensor, ambient light, UV, and a barometer. The 39.8 x 58.3 x 12.5 watch is IP67 Certified for dust and water, and the 300 mAh battery should last for two days, Samsung says.

As for apps, there’s S Health and Nike+ Running, along with S Voice, a media player and gallery, news app, HERE-powered navigation with turn-by-turn pedestrian directions, and support for contacts, emails, and other notifications. 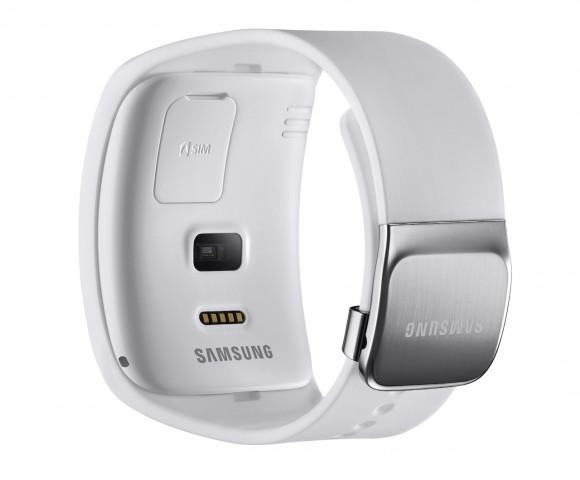 There’s also the Samsung Gear Circle, a Bluetooth accessory which clips around the neck when not in use, vibrates to notify of incoming calls and messages, and can be used as a headset.

Of course, the Gear S will also work alongside your phone, pulling in information and notifications from it whenever it’s nearby. The onboard data connection, though, helps it work as a standalone device, though we’re not sure on how much data costs will be at this stage.

The Samsung Gear S will begin showing up in stores from October, in a choice of two colors, with pricing yet to be confirmed. 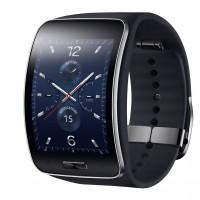 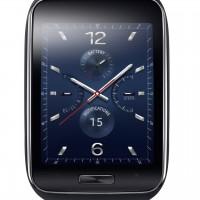 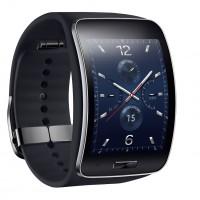 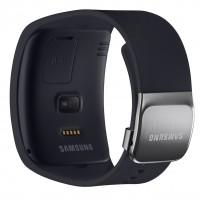 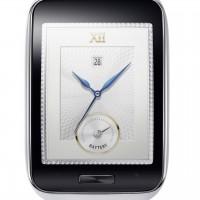 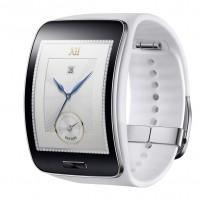 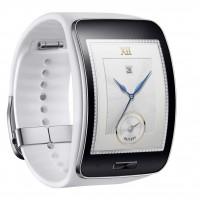 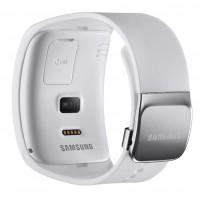