The year isn’t over yet, but most of the interesting smartphones for 2021 have already been launched by now. Market analysts, tech pundits, and smartphone fans who haven’t yet made a purchase this year will undoubtedly be looking forward to what 2022 will bring. If all goes according to rumors, Samsung will be the one opening the new year with the Galaxy S21 FE then followed by the Galaxy S22 flagship series. We have, by now, heard almost all there is to be heard from unofficial sources, giving us our clearest view of what Samsung has planned for the first half of 2022.

Where Samsung has been launching three Galaxy S flagships since 2020, it seems like it will be launching only two and a half next year. The Galaxy S22 Ultra stands alone on one side, while the Galaxy S22 and Galaxy S22+, which might even be called the Galaxy S22 Pro, are almost like two sides of the same coin. The latter two will represent Samsung’s “normal” vision for its 2022 flagships, and it might be where the biggest disappointments will come from.

The two are expected to look like smaller versions of the Galaxy S21 and Galaxy S21+, sporting the same Contour Cut Camera design that may be Samsung’s defining look for at least two years. This could prove to be controversial, disappointing some that have hoped for a fresh, new design while satisfying others who prefer a more stable and consistent visual identity. That shrinkage doesn’t come without a price, though, as the Galaxy S22 and Galaxy S22+ are expected to have smaller batteries than their predecessors at 3,800 mAh and 4,600 mAh, respectively. 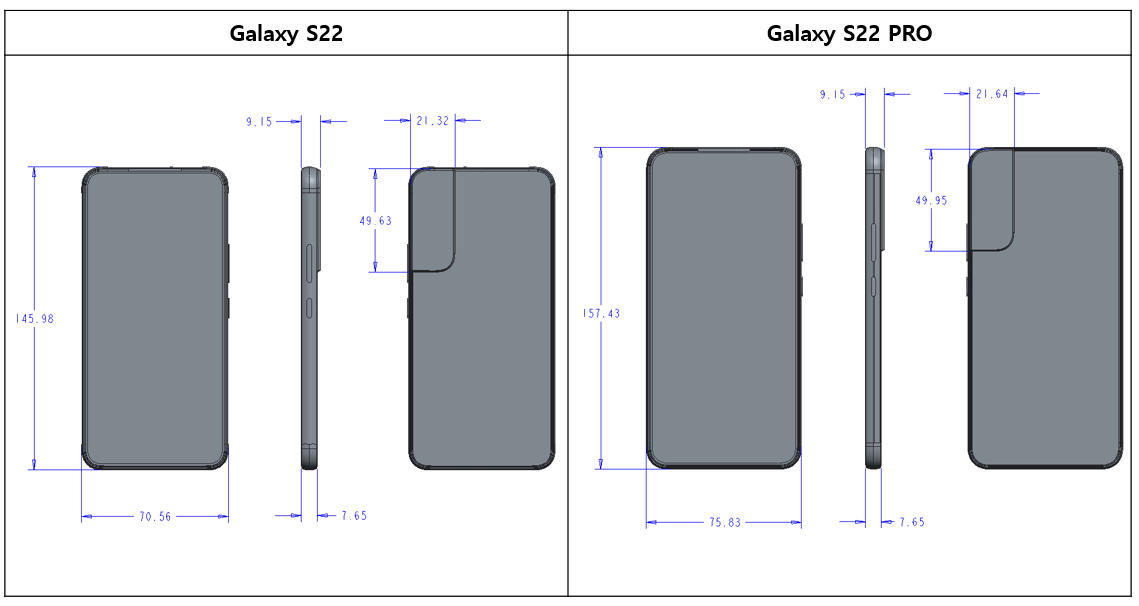 It isn’t all that bad, as the Galaxy S22 does get some upgrades where those count. There is, of course, the Snapdragon 898 and, in some markets, the much-awaited Exynos 2200. The camera system also gets a leg up in some aspects, like the new 50MP main camera and a 3x optical zoom for the telephoto camera.

The Galaxy S22 Ultra is where all the action will be, from its new design to all the hardware upgrades inside and out. There will definitely be some debate whether the P-shaped camera array looks better than the Galaxy S21 Ultra’s, especially if it comes in individual circles like LG’s “waterdrop” design.

The biggest expected change, however, is what the phone will come with. Again based on leaks, the most premium Samsung flagship is expected to house an S Pen inside its body, just like a Galaxy Note phone. In fact, the boxier design of the Galaxy S22 Ultra is exactly like the Galaxy Note instead of the “softer” look of the Galaxy S series. 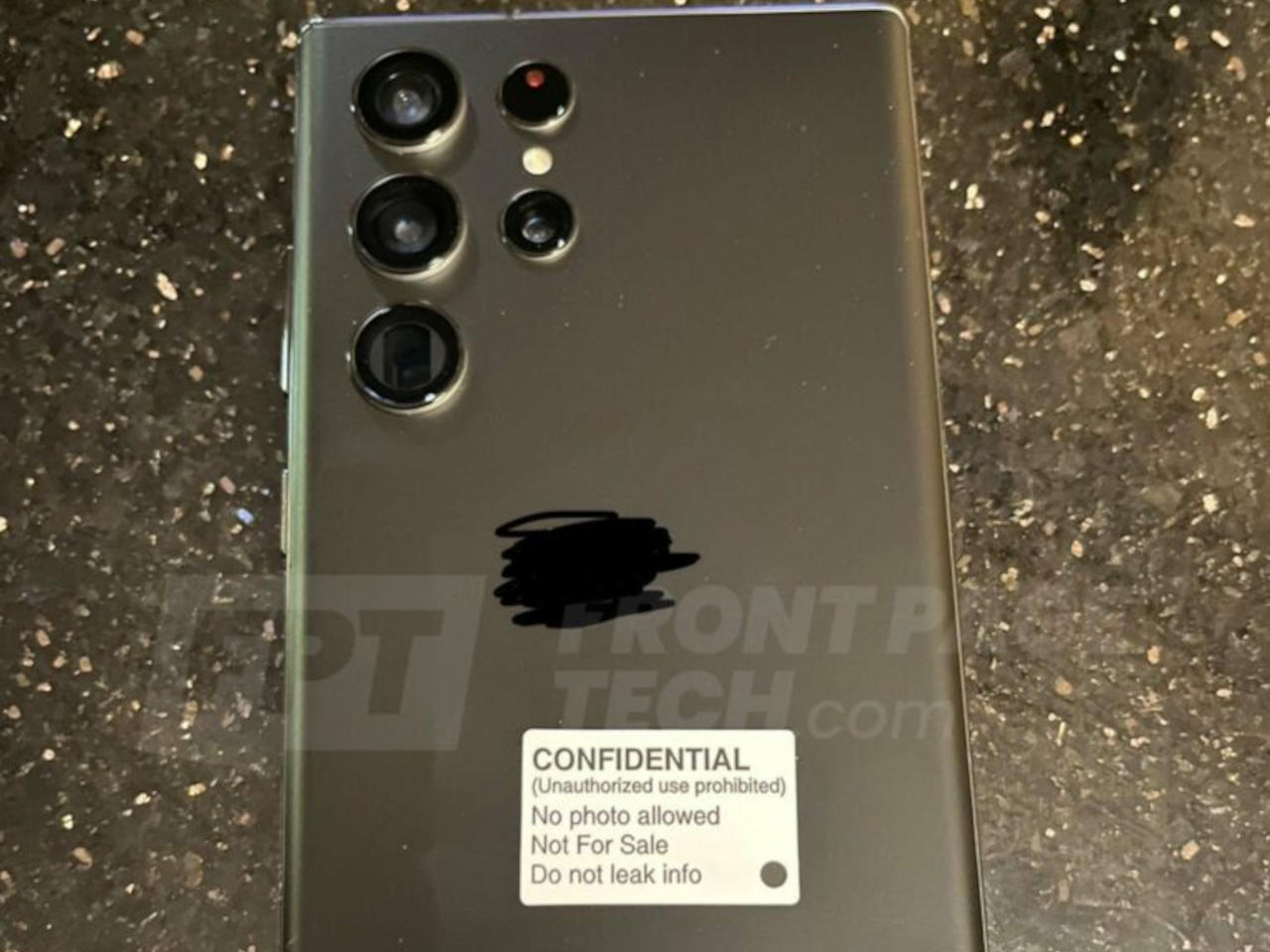 It also gets the most rumored hardware upgrades, though there are some that look deceptively similar. The Galaxy S22 Ultra is expected to have a 108MP main sensor, the same as this year’s Ultra model but an upgraded variant. The same 5,000 mAh battery will be inside, but it might be capable of 45W fast charging. All in all, buyers might want to look at this model if they want the newest and biggest features, but it won’t come without a literal cost.

Moving from rumors to speculation, we now come to what could be Samsung’s pricing scheme for the Galaxy S22 next year. Most believe that the company won’t actually raise prices, trying to match a new standard for flagship phones. That pretty much translates to the same $799 for the Galaxy S22 base model and $999 for the Galaxy S22+ (Galaxy S22 Pro), which shouldn’t be hard to fathom given how things have mostly remained the same or even downgraded. 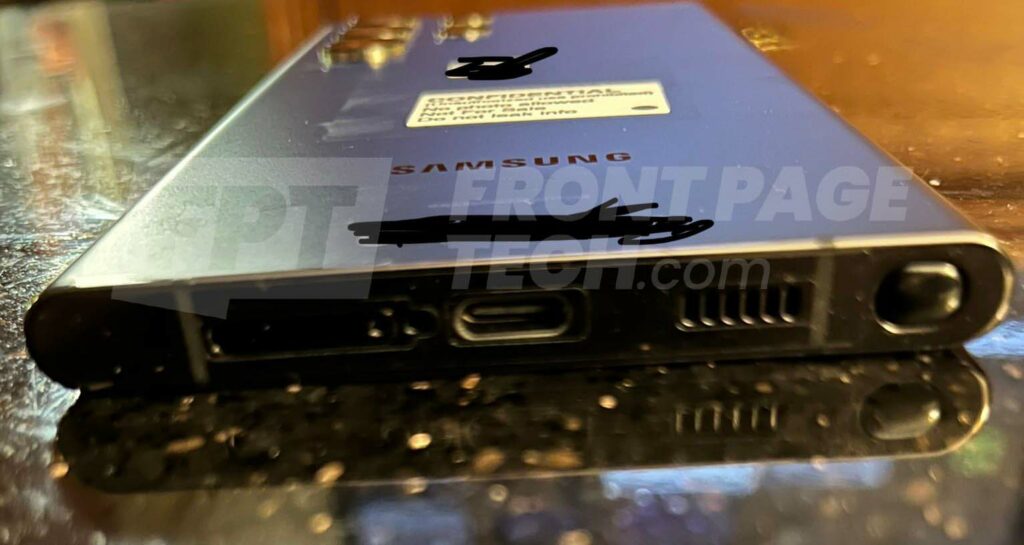 The Galaxy S22 Ultra, however, will be special, and we can’t bank on the same $1,199 price tag of the Galaxy S21 Ultra. This year’s premium Samsung phone did have support for the S Pen but didn’t come with one. The S Pen alone raises the bar higher, along with other upgrades to the camera system and changes to the tooling because of the phone’s new design. We could be looking at something along the lines of $1,299 at the very least, presuming Samsung even starts with a 128GB storage configuration in the first place.

The newest information to come our way is one that will set the pace for Samsung fans and industry watchers. With the Galaxy S21 FE now believed to be the company’s opening salvo, the Galaxy S22 is being pushed back by almost a month compared to its predecessor. It’s still not quite MWC 2022 levels; though, with the announcement rumored to be held on February 8, 2022, with pre-orders starting immediately and an official launch scheduled for February 18. Below you’ll see a leak from Jon Prosser about the events and release dates for these devices. 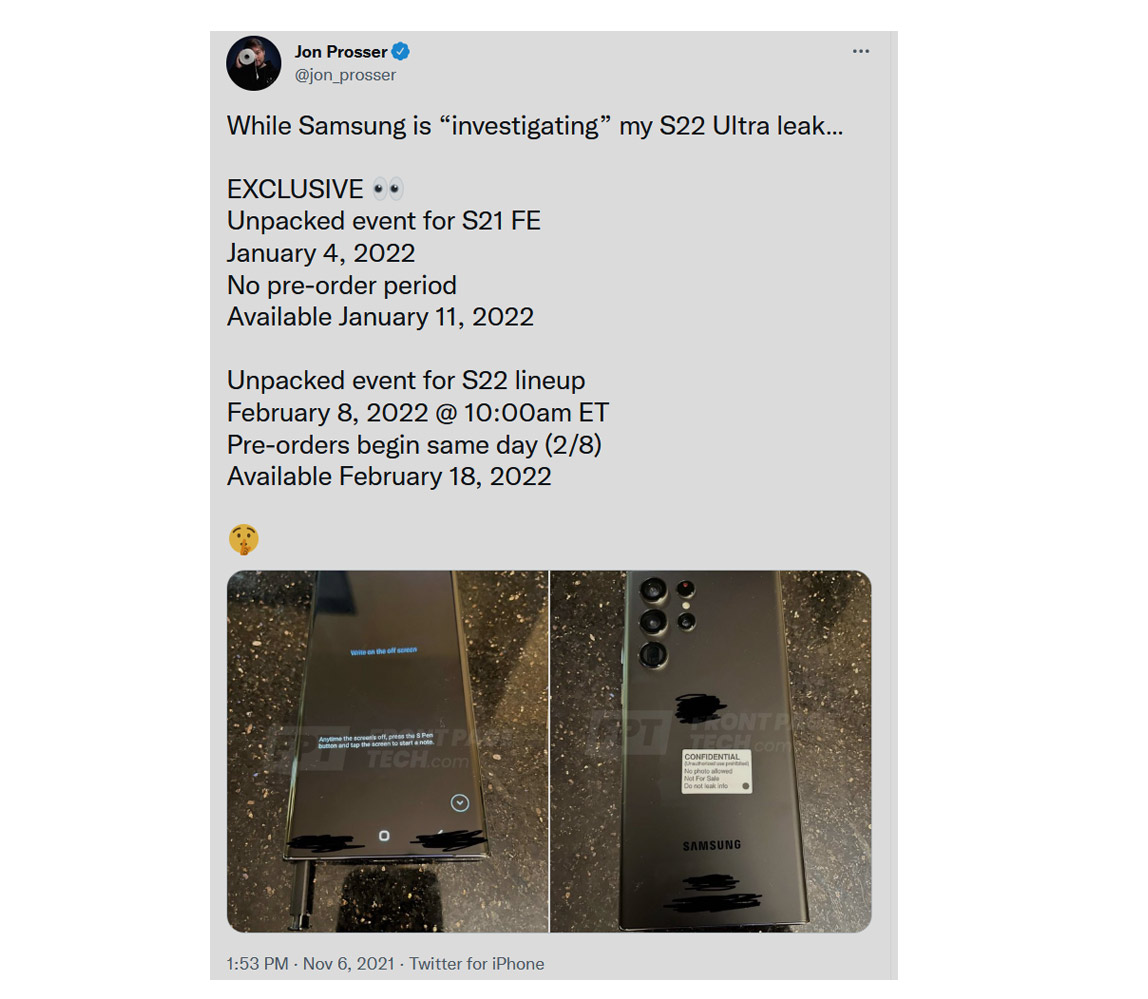 The timing of this launch is a sensitive and critical one for Samsung. The lack of a Galaxy Note model this year and the very late arrival of the Galaxy S21 FE will definitely affect its Q4 2021 and Q1 2022 earnings. With two major launches so close to each other, Samsung might be trying to cast its net wide and hit all tiers and categories it can at the start of the year, hoping to set the tone for the rest of 2022.