Today there’s an image floating around the Android world pretending to be the next generation Samsung Galaxy S III – we’re here to tell you that it’s quite simply a fake. It’s not our business to disprove rumors unless there’s something we can learn from them – and it just so happens there is a bit that can be gleaned from the phone render you see before you. An intrepid designer, likely working with a 3D modeling application or just Photoshop, has presented this simple device which at first may appear to be an Android 4.0 Ice Cream Sandwich toting Samsung device with TouchWiz over the top – on second glance, you must realize that it is not.

First have a peek at the light as it travels from the top of the device to the bottom – the first thing you should notice is that it does not. While real renderings of devices such as these have a line of light traveling across their face as well as the frame surrounding it, this one only has a tiny portion of that. Next you’ll notice in a modified example below created by your humble narrator that the light does not match up from the top of this device down to the bottom. 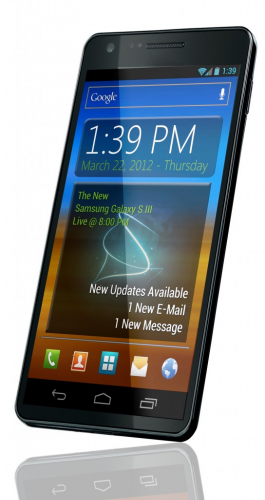 Our good friends at Android Community have presented another clue that lends itself to destroying the credibility of this image – that being the relatively badly set lettering across the endire device (save the Google logo) and the fact that the widgets do not match. These widgets were created in a post-op environment and are not real. If this device were released tomorrow, Samsung would be lampooned for their half-baked graphics and the design of the user interface would have to be re-baked entirely. 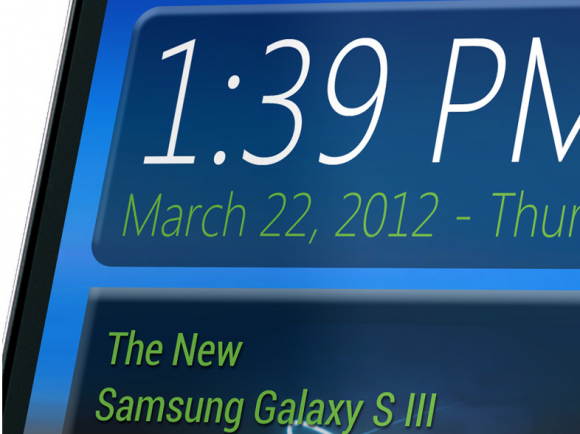 That said, the next version of the Galaxy S line will likely be called Galaxy S III and have Android 4.0 Ice Cream Sandwich and a quad-core Exynos chip created by Samsung. This device will be amazingly powerful and, like the Galaxy S and the Galaxy S II that came after it, will dominate the Android world for essentially its entire lifespan. Expect it!