Samsung has revealed its latest Android phone, and if you’ve ever thought you needed a much, much bigger battery to make it through the day, then the Galaxy F62 should probably do the trick. Behind the 6.7-inch Super AMOLED Plus display there’s a whopping 7,000 mAh battery, significantly bigger even than the sizable 5,000 mAh pack in the Galaxy S21 Ultra.

It’s being targeted, Samsung explains, at Gen Z and young millennials, for whom their smartphone is likely their primary device. Samsung isn’t giving runtime estimates for the Galaxy F62, but it’s hard to imagine it not storming through a full day’s use with no issues whatsoever, and probably even making it through a full weekend away from a charger without particularly requiring nursemaiding.

Alternatively, you could opt to share some of that juice. There’s reverse charging support, with a Type-C to Type-C cable bundled in the box for easily sharing power with another device. A 25W charger is also included, which Samsung says should fully charge the Galaxy F62 in under two hours. 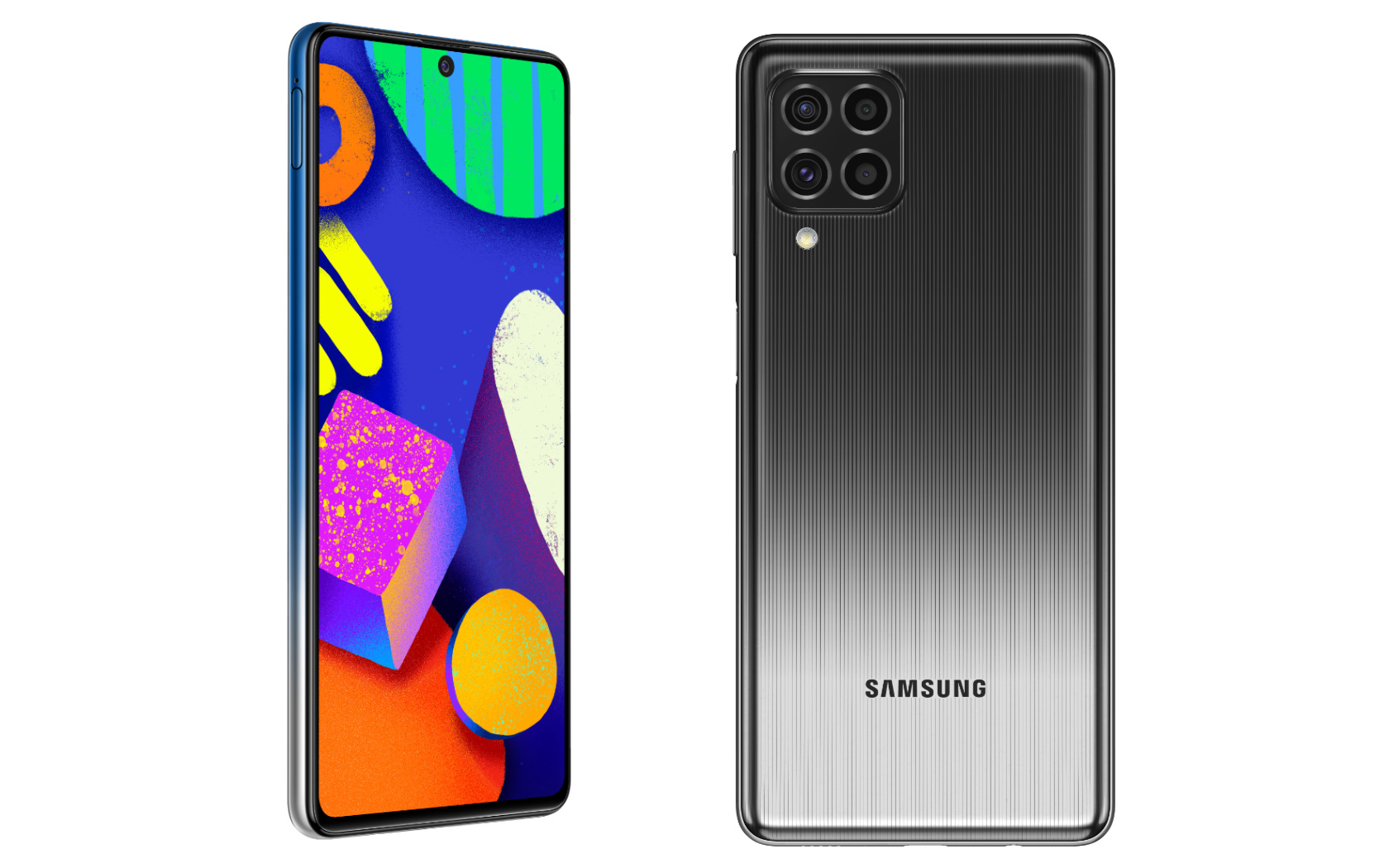 The Display runs at FHD+ resolution, with 420 nits of peak brightness. Despite how much li-ion is squeezed inside, it’s still a surprising 9.5 mm thick and 218 grams in weight.

Samsung has used its Exynos 9825 chipset, with Mali-G67 MP12 graphics, and either 6GB or 8GB of memory. Storage is 128GB either way, and – unlike with the Galaxy S21 family – there’s a microSD slot for up to 1TB cards. A fingerprint sensor is on the side, rather than in-display.

On the rear, there are four cameras. The primary sensor is a 64-megapixel Sony IMX 682, alongside a 12-megapixel ultra-wide with a 123-degree field of view. A 5-megapixel macro lens and a 5-megapixel depth lens round out the quartet.

4K video recording is supported, as is night hyper lapse, slow-mo, and Samsung’s Super Steady stabilization. You get the same Single Take mode as on the recent Galaxy S and Galaxy Note series, for both the rear cameras and the front 32-megapixel selfie camera. That can also shoot 4K video.

Out of the box there’s Android 11 with Samsung’s One UI 3.1. The Galaxy F62 also has an “AltZLife” feature, which allows users to switch between normal and private mode by double-clicking the power key. That includes access to the Knox Security-protected Secure Folder.