There’s a new notebook on the market from Samsung called the Samsung Galaxy Book Go. This device has a 14-inch TFT FHD display (1920 x 1080 pixels), Qualcomm Snapdragon 7c Gen 2 compute platform (CPU), and Qualcomm Adreno GPU. The most enticing bit about this piece of hardware is the prospect of using it as an entertainment machine, given its relatively low price ($349) and Dolby Atmos speakers.

The Galaxy Book Go is 323.9 x 224.8 x 14.9mm in size (closed), and it weighs in at 1.38kg. This is a Windows 10 Home / Pro notebook paired with a Qualcomm Snapdragon processor. That means it’s not going to be the sort of computer you use to edit high-definition 3D videos – it’s more for the basics.

This device has a 720p HD camera up front with digital mic. You’ll be rolling with Dolby Atmos speakers so you’ll have audio that out-classes most of the rest of the device, what with its “rich soundscapes” for next-level 360-style music.

This Samsung Galaxy Book Go works with either 4GB or 8GB (LPDDR4X) memory, with internal storage of either 64GB or 128GB (eUFS). There’s a 42.3Wh (typical) battery inside, charged with USB Type-C. That’s a fast charger, able to charge at 25W. 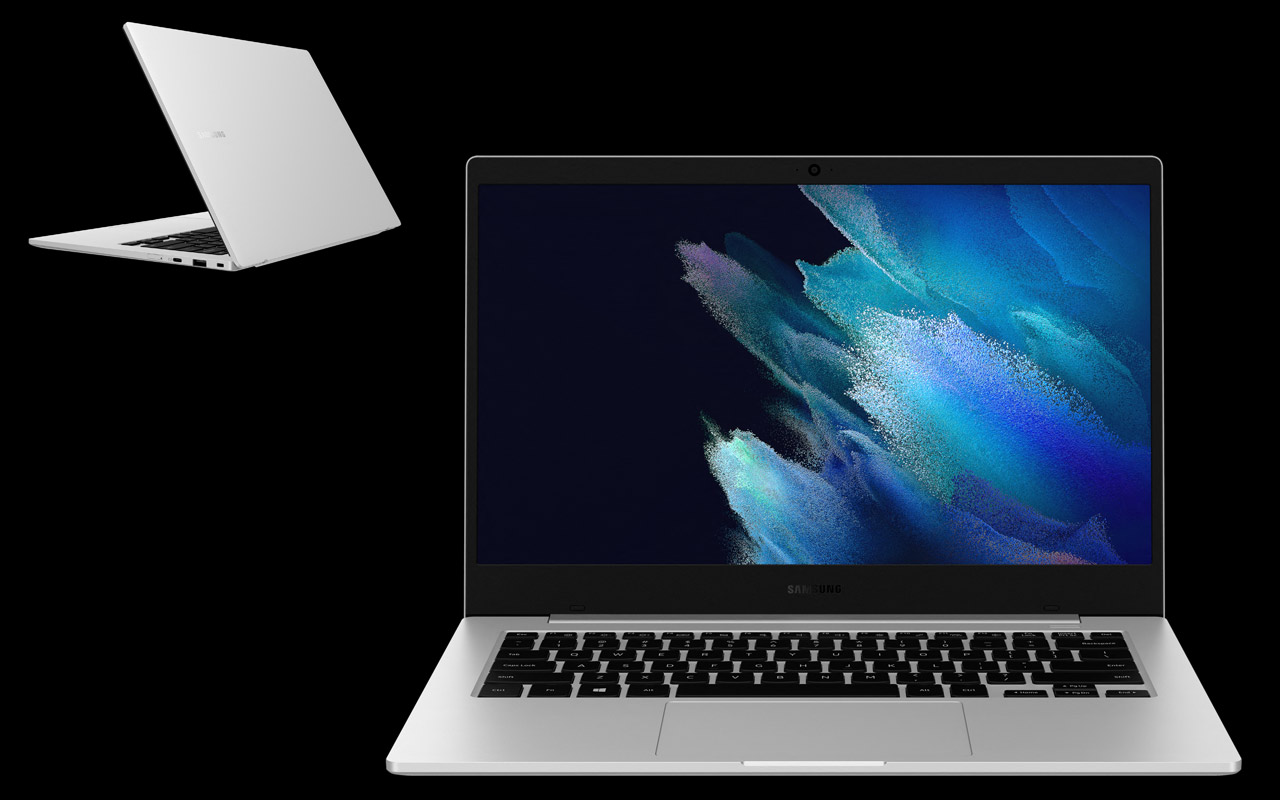 NOTE: This device has a 180-degree folding hinge. That means you can fold it back, but not ALL the way back. This device has a standard display – not a touchscreen display. Take a peek at the timeline below for more information about this notebook and the most recent notebooks related to this notebook, from Samsung.