Samsung’s Galaxy S and Galaxy Note flagships might get a lot of attention every year, but those phones really just scratch the surface when it comes to the company’s device lineup. Samsung also makes a number of entry-level and mid-range phones for consumers who would rather not pay out the nose for a flagship, and one of its more popular mid-range lines has historically been the Galaxy A series. Today, Samsung announced that it’s expanding the A series to include six devices in 2020.

These Galaxy A phones cover a fairly broad range, with the least expensive phones being decidedly entry-level devices and the most expensive walking the line between mid-range and high-end. Samsung is also bringing 5G to the Galaxy A series for the first time this year, meaning you won’t necessarily need to run out and get a $1000 flagship if you want to tap into that. Samsung hasn’t shared full specifications about any of these phones yet, but it’s given us a few details about each one. 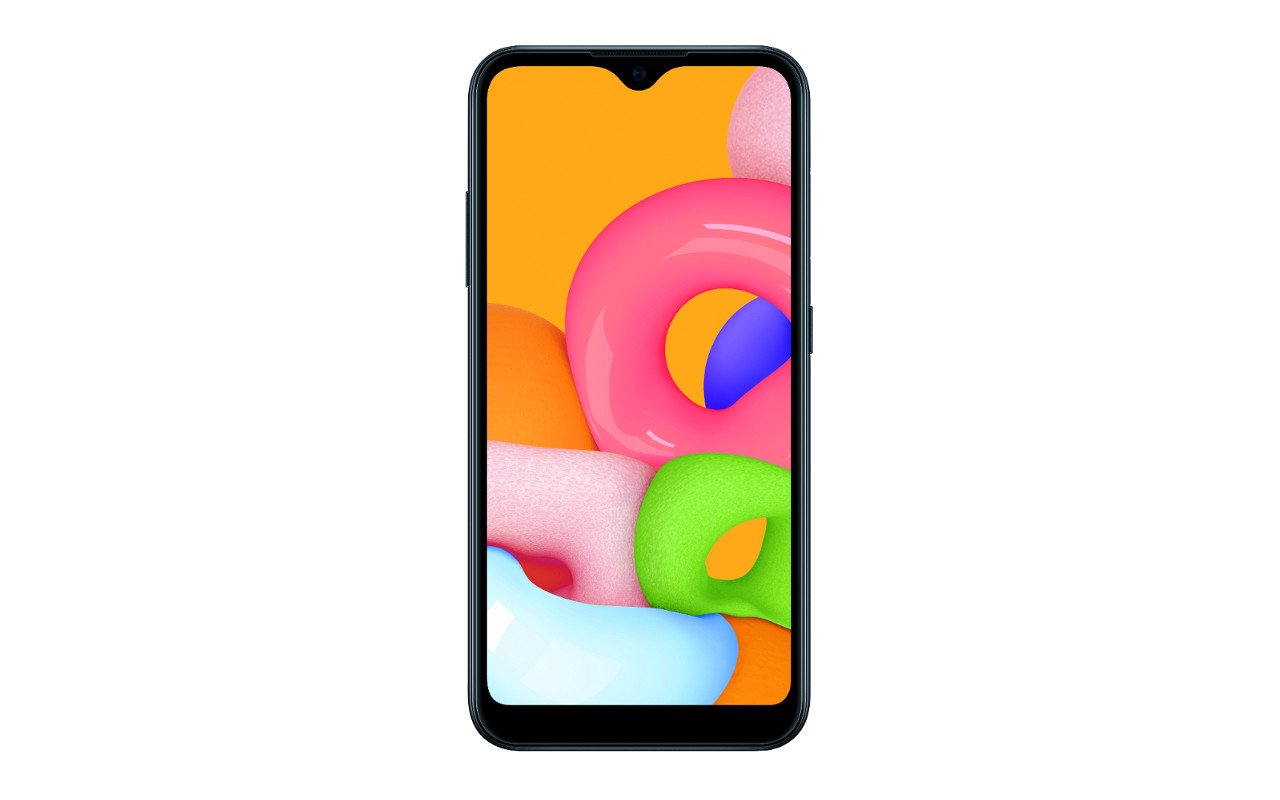 The 2020 Galaxy A series begins with the Galaxy A01, which is being positioned as a smartphone with the essential features at a low price. The phone sports a 5.7-inch Infinty-V display outputting at HD+ resolution. It has a front-facing 5MP camera and a rear dual camera (a rarity in this age of four and even five lens camera arrays) comprised of a 13MP main shooter and a 2MP depth camera. The battery tops out at 3,000mAh and though we don’t have any details about the CPU yet, we know that it will ship with 16GB of memory and 2GB of RAM. Those aren’t stellar specs by any stretch, but with a retail price of $109.99, this phone is entry-level in every sense of the phrase. 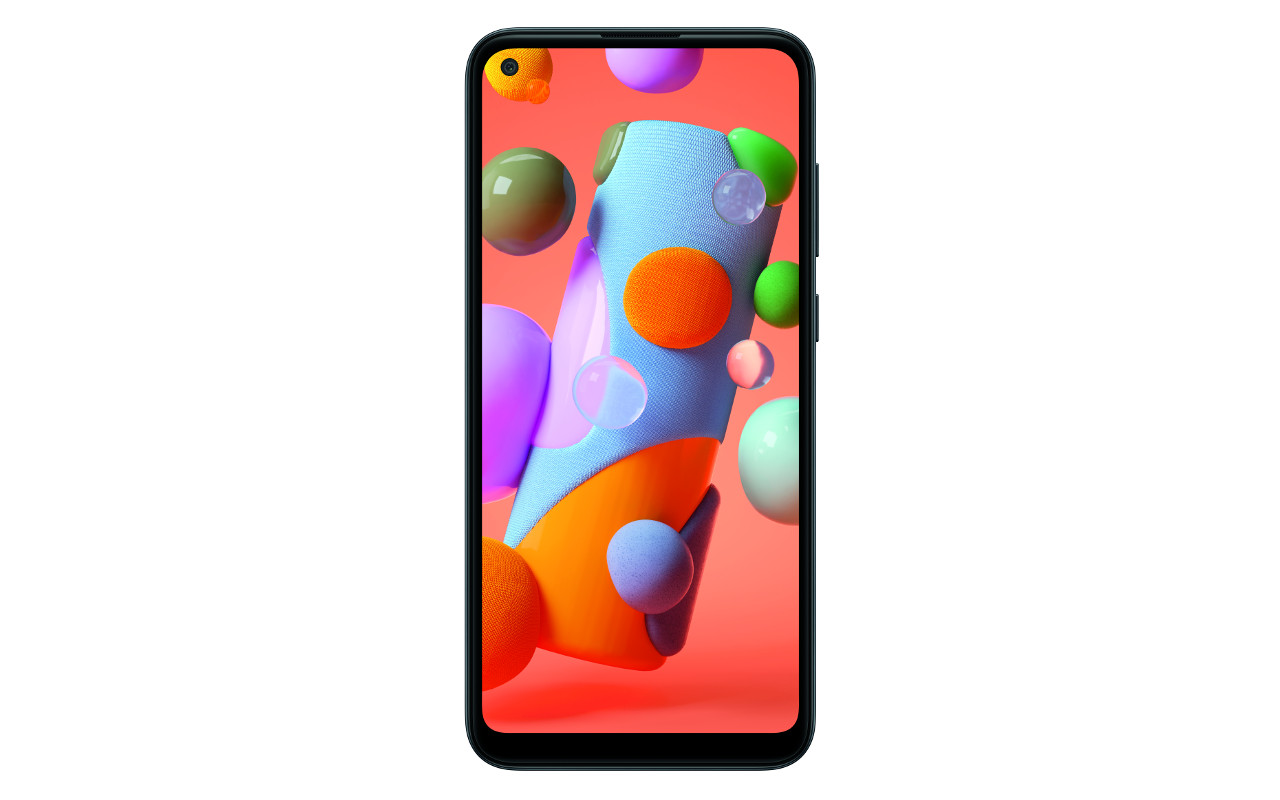 Those looking for a little more capability out of a phone might be better served in going with the Galaxy A11. We’re still firmly in the entry-level range here, but the A11 does have a 6.4-inch HD+ Infinity-O display – a little bit bigger than the display on the A01. We also get one more camera lens on the back, with the camera array now being comprised of a wide lens main shooter, an ultra wide lens, and a depth lens. Add to that a 4,000mAh battery, 32GB of storage, and 2GB of RAM, and the A11 is a step up from the A01 in most regards for $179.99. 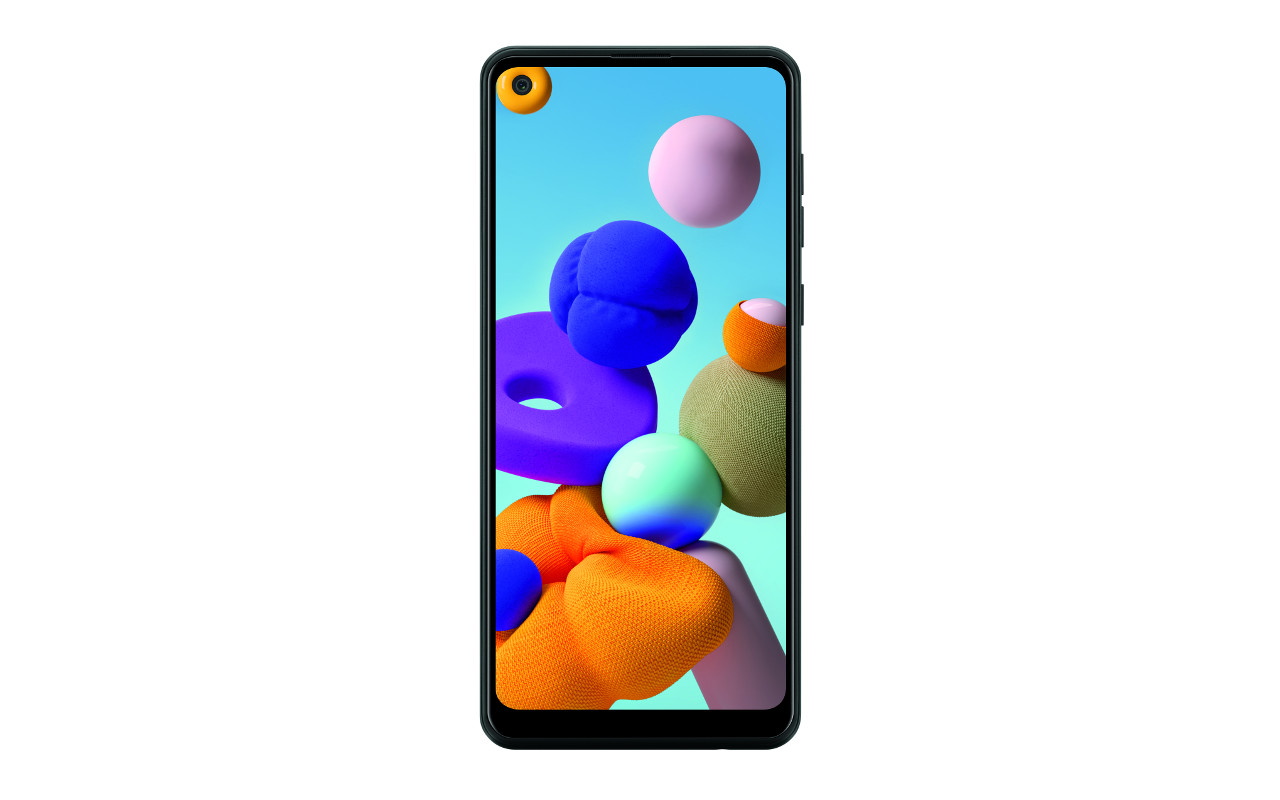 Here’s where we start getting into more mid-range territory. The 6.5-inch HD+ Infinity-O display doesn’t change a whole lot from the A11, but one area where the A21 starts to move away from the previous two phones is in the camera. Instead of a dual or triple rear camera, the A21 boasts a quad-camera on its back, with a 16MP main camera and ultra wide, depth, and macro lenses to back it up. Other specs include a 4,000mAh battery, 32GB memory/3GB of RAM, and support for 15W fast charging with a full retail price of $249.99.

If there’s a sweet spot lurking within the 2020 Galaxy A series, it’s probably the Galaxy A51. The phone boasts a 6.5-inch Super AMOLED Infinity-O display that bumps resolution up to FHD+ and has a quad rear camera array that’s anchored by a 48MP main shooter. Onboard storage tops out at 128GB, but that can be expanded using the phone’s microSD slot. We’ll also see 4GB of RAM and a 4,000mAh battery in exchange for $399.99. 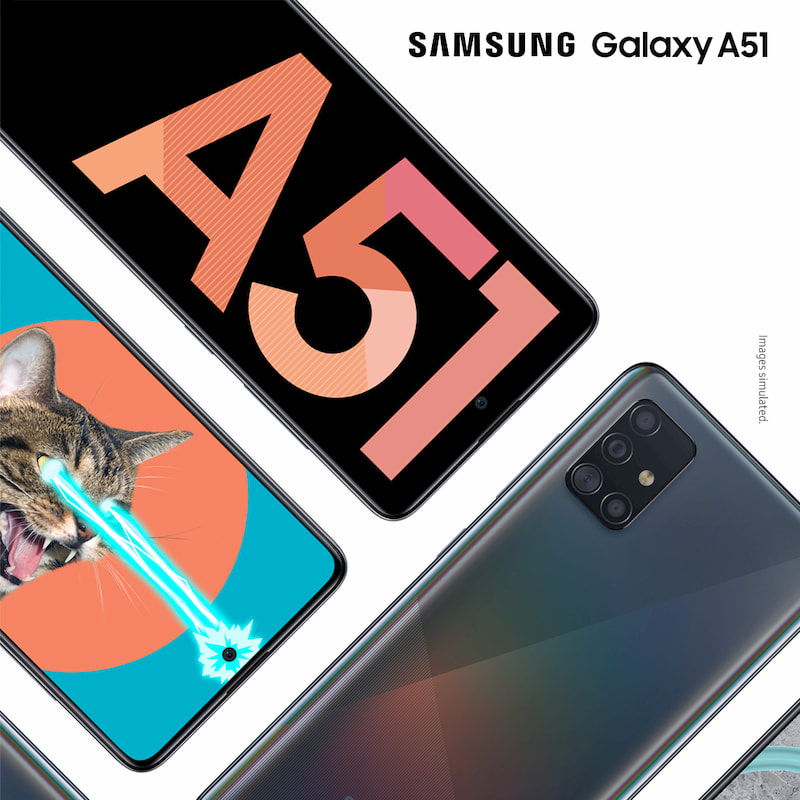 The Galaxy A51 is also going to be getting a 5G version. Samsung told us that the 5G A51 is mostly the same as the LTE A51 from a specifications standpoint – the only major changes include a bump up in RAM (the A51 5G has 6GB while the LTE model only has 4GB) and a larger battery – 4,500mAh in the 5G model compared to the LTE model’s 4,000mAh battery. Other than that, though, the main difference between these two phones is 5G functionality and the A51 5G’s $499.99 price tag – $100 more than the standard A51.

The Galaxy A71 is unquestionably the top-end model in the A series lineup for 2020. With this phone, we’ll get a 6.7-inch Super AMOLED Plus FHD+ Infinity-O display and a quad rear camera with a 64MP main lens. The A71 supports 25W fast charging instead of the 15W fast charging some of the other phones in the line support, and while onboard storage tops out at 128GB, the phone does support up to 1TB microSD cards. Add to that 6GB of RAM and a 4,500mAh battery and we’ve got a pretty solid mid-range 5G phone at a $599.99 price point.

So, there you have it: Samsung’s Galaxy A series for 2020 covers a lot of ground, and all of the phones in the line will be launching throughout the summer. For now, we only have release dates for the Galaxy A01 and the Galaxy A51 (LTE), which are both launching tomorrow, April 9th. The Galaxy A11, A21, A51 (5G), and A71 are all launching at some point this summer, so we’ll keep an ear to the ground for more from Samsung.