Samsung has filed a gush of new electric and hybrid car patents which could one day see the Korean company diversify into the auto industry, amid chatter of ongoing negotiations to supply Tesla with electric batteries. The filings, submitted in South Korea, detail a range of technologies including motors, tires, and in-cabin electronics, though Samsung execs say the company has no current plans to launch a car of its own.

Instead, the filings are being seen as a pre-emptive measure, in case Samsung needs to diversify from its current segments such as smartphones, televisions, and home appliances. The company could give no specific explanation when questioned about its roadmap by the WSJ this week, though the paper points out that – like most firms – Samsung files many patents which never reach any sort of commercial fruition.

A Samsung car wouldn’t actually be a new proposition, however. The company launched Samsung Motors Inc. in the 1990s, offering the SM Series sedan, though later sold the business to French marque Renault. 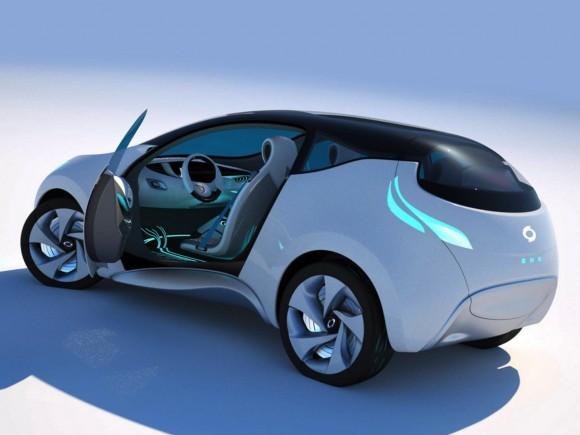 Renault-Samsung Motors still offers a sedan in the Korean market, effectively a rebadged Renault variant, but the company has no connection with Samsung bar the name, which is a legal hangover from the deal. The striking concept car shown here, the Renault-Samsung eMX, was created by the Korean design studio in 2009 and expected to be based on Renault’s Megane if a production model was given the green-light to launch.

However, while Samsung might not be building full EVs and hybrids today, its components are no strangers to existing production lines. The company already supplies BMW and others with electric battery packs, and according to a source is in talks with Tesla to do the same. 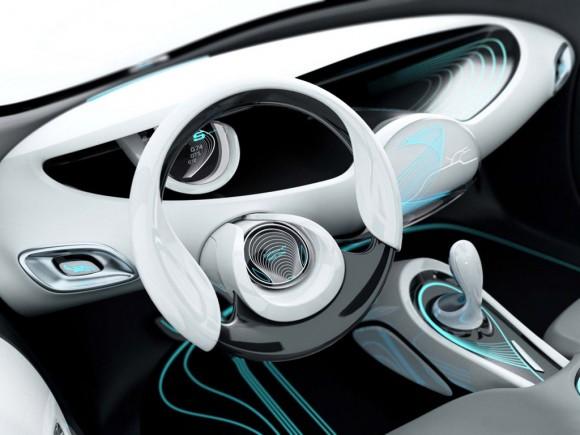 Panasonic, which holds a stake in Tesla, recently signed a deal with the car company to supply two billion batteries over the coming four years. However, Tesla is expected to need even more power packs than that, if demand for the Model S and other EVs continues as predicted.

Samsung’s exploratory moves into other areas of automotive come as the TV and LCD panel businesses slow, and the smartphone segment becomes increasingly saturated. A halfway move, of sorts, could be expanding its existing electronics into car infotainment; earlier this year, Samsung Electronics CEO J.K. Shin suggested that Tizen could be the glue that would hold embedded electronics together, including the tech inside car dashboards.