Budget phones are cheap for a reason. Despite how companies try to spin them, they will always be lacking some hardware that enables this or that feature. Sometimes, such hardware happens to be something we mostly take for granted. Like ambient sensors that enable phones to automatically adjust their brightness depending on the environment. Samsung’s budget Galaxy phones don’t have that but it seems that the company has found a rather curious way to get around that limitation. All it needs is to take a selfie.

No, don’t worry, the phone won’t take a snapshot of your face and send it to Samsung’s servers. It will, however, use the front-facing camera to take a quick picture, regardless of whether your face is there or not. And as per Samsung’s notice, the picture won’t be stored anywhere, not even on your phone.

So here’s how it will supposedly work. Turning on the previously absent Auto brightness feature in phones that don’t have an ambient light sensor will cause the phone to take a picture every time you unlock the phone. That picture will be analyzed to determine the lighting condition at that given moment. Presumably, the photo is then immediately discarded. 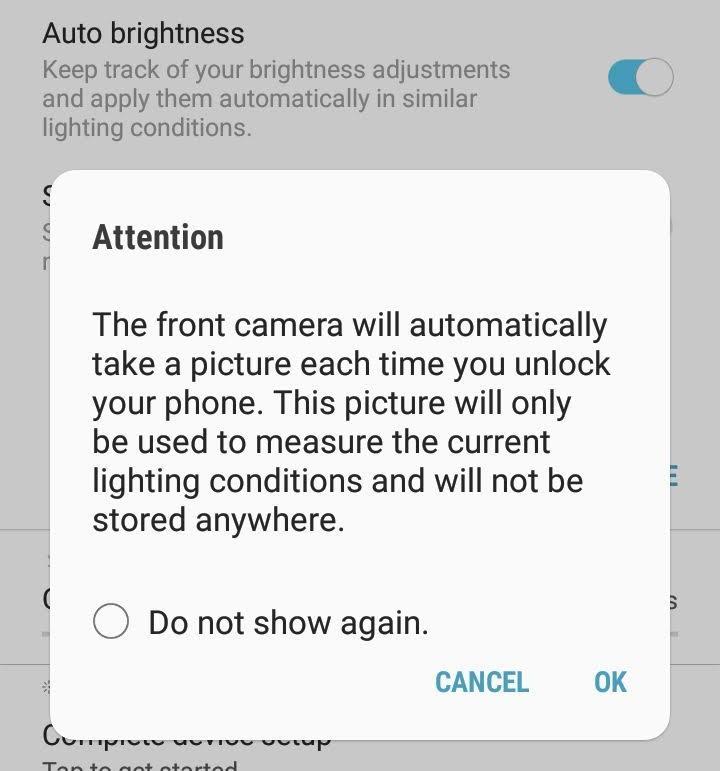 While that does seem to be a smart way to make up for the loss of an ambient sensor, the way it will adjust brightness might not be so smart. It will match the lighting condition it analyzed from the selfie with the brightness levels you have set. In other words, you will have to train it manually for a while before it starts doing things automatically.

At the moment, the update that brought this feature has rolled out only to the Galaxy J8. Hopefully, it will also come to other phones in the Galaxy J series but, given this is Samsung, that’s very uncertain.