There’s a smart home robot coming to your household in the future called Samsung Bot Handy. This is one of Samsung’s collection of robot companions called “Bot” and the latest made to work in your home. If you’ve been following Samsung’s robot lineup for the last few years, you’ve seen several “Bot” devices.

The Samsung Bot Handy is currently “in development” but was shown working during CES 2021. This device works with “advanced AI” to “recognize” objects by size, shape, and weight. The “handy” part of its name is for its ability to pick up objects, “becoming an extension of you and helping you with work around the house.”

Samsung Bot Handy can handle dishes after a meal. You’ll wash each dish and put it in a rack for drying – this robot can pick up each dish and place each dish in your cupboard without any smashing. 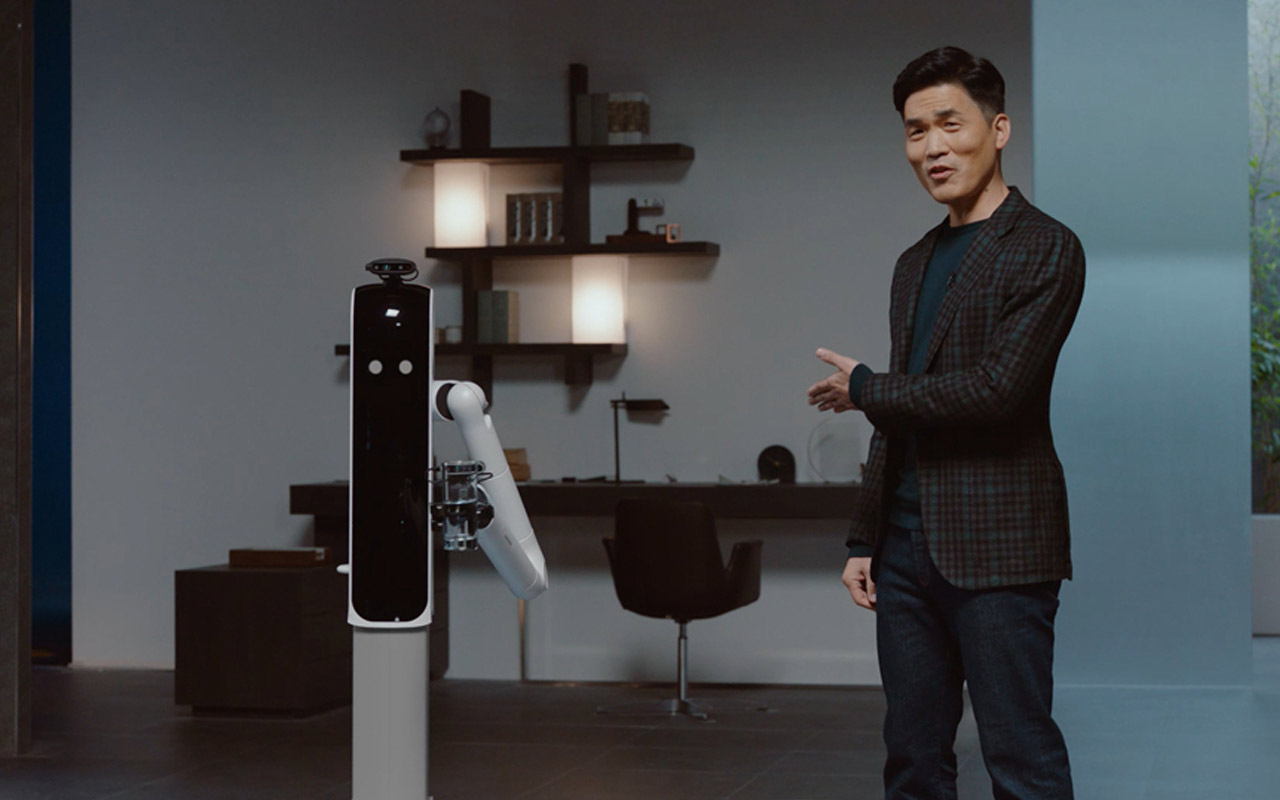 Samsung suggests that Samsung Bot Handy “will be able to tell the difference between the material composition of various objects, utilizing the appropriate amount of force to grab and move around household items and objects.”

No word yet on when this robot will be released, and no pricing has yet been shared by the company. It’s likely we’ll see robots like these hitting stores in the next few years – but we can’t be sure until Samsung confirms all the details!

Above you’ll see the short demonstration Samsung gave to the public at CES 2021 of this Bot Handy. We’re hoping to see a whole lot more later this year when events become a bit more open and public!

Samsung also showed off the latest version of its “Samsung Bot Care.” This is a robot that uses AI to recognize and respond to your behavior. It’ll learn your schedule, learn your habits, and “send you reminders to help guide you throughout your busy day.”