Samsung has updated their line of ATIV notebooks with a couple of hard-hitting devices made with extremely sharp displays. The ATIV Book 9 Pro works with a 15.6-inch 4K display (that’s 3840 x 2160 pixels) with touchscreen abilities. The Samsung ATIV Book 9 Spin works with a 13.3-inch display with QHD+ resolution (that’s 3200 x 1800), touchscreen, and the ability to fold back over itself 360-degrees to achieve several display modes. Both machines will run Windows 10 and will be released very soon.

Above and below you’ll see the ATIV Book 9 Pro. You’ll also see the ATIV Book 9 Spin. You’ll notice the differences immediately. Compared to the “Spin,” the Pro model looks like nothing all that flashy – but it’s got the power to back up its Pro claim. 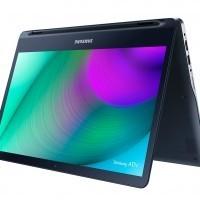 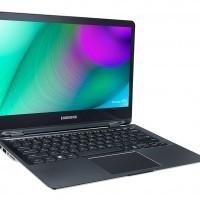 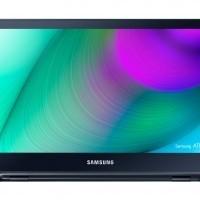 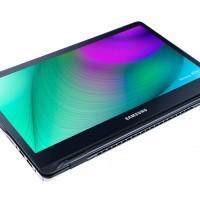 ABOVE: Several ways in which the Book 9 Spin can be folded.