For those not aware of it, Samsung also makes storage solutions, from flash memory inside mobile devices to SSDs for conventional computers like desktops and laptops. For the latter, the Korean manufacturer is trying to take another step forward when it comes to storage technology. Building on the 3D V-NAND tech it first unveiled in the 850 Pro last July, the 850 EVO pushes the limits by using 3 bits per memory cell, increasing the overall capacity of a single Flash memory chip compared to traditional 2-bit storage.

Flash memory chips are ultimately composed of cells which contain a bit or bits of information, the 1’s and 0’s that ultimately make up computer data. 8 bits make up a byte and roughly 1 million bytes make up a megabyte, so on and so forth. Most flash memory these days use 2 bits per cell clustered together to build up storages in capacities of gigabytes. By increasing the amount of bits that a single cell can hold, from 2 to 3, you basically decrease the amount of cells needed to make up that same total amount of storage, which is exactly the goal that Samsung has with the 3-bit 850 EVO SSD.

The “3D V-NAND” feature, on the other hand, comes from the way cells are stacked vertically as well as laterally. In the 3D dimension, in other words. Traditionally, you place cells side by side in a 2D grid, and adding more cells means expanding the area to accommodate those new cells. Sooner or later, you will reach limits in size and physics. By utilizing vertical space, Samsung will be able to offer higher storage densities within the same physical space occupied by regular NAND drives. At least that’s the theory. The fulfillment of those promises are still to come. 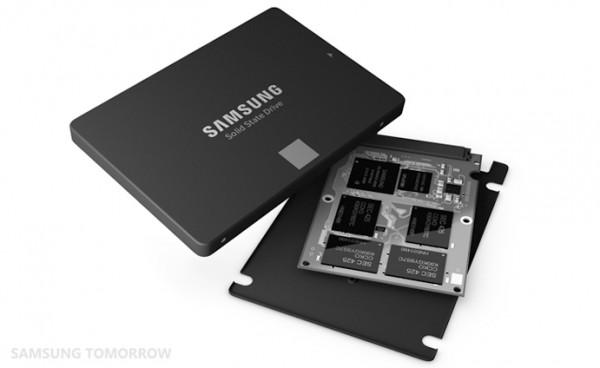