For all the complaining we’ve done over Fortnite’s snub of Google Play Store, there are actually some legitimate reasons why some apps can’t be there, be it legal or simply technical. One example is the Rootless Pixel Launcher which has to reuse the official Google Pixel Launcher’s package name to access some features. And since you can’t have two apps with the same package name on the Play Store, that means Rootless is out. Fortunately, that is now changing in the latest 3.8 version, making it easier and safer to install the Rootless Pixel Launcher on any phone.

The Rootless Pixel Launcher was born out of the desire to bring Google’s Pixel Launcher (formerly Google Now Launcher) from its Pixel phones to all Android users. Over time, developer Amir Zaidi’s baby has grown up to be the open source base on which other third-party “Pixel Launchers”, like Lean and Lawnchair, have become based on.

But for all its features, the one thing Rootless Pixel Launcher couldn’t do was be installed from Google Play Store. Due to the rather closed method that Google uses to call the Google Now Panel and “At a Glance” features, only the Pixel Launcher is able to do that. Not unless you use the same package name, like what most of these launchers do, or use a companion app.

As of version 3.8, the Rootless Pixel Launcher will be using the latter method. Simply install the launcher itself from the Play Store (called Rootless Launcher) and on first run you will be prompted to install the Rootless Pixel Bridge. It will download the app and ask for permissions to install it. That’s pretty much all you need to get the exact same features without having to go through the hassle of hunting down the APK for the launcher. 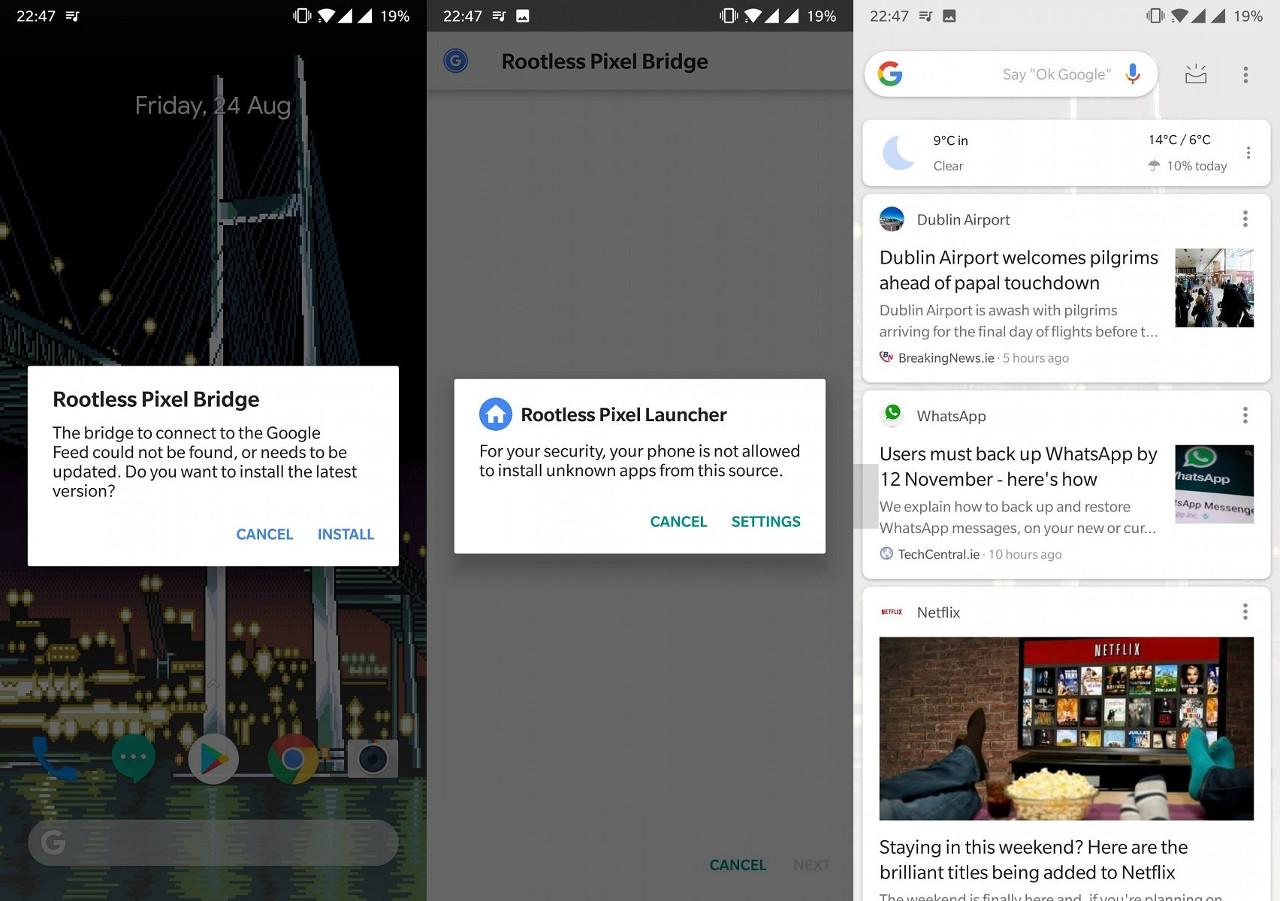 There are a few things you’ll need to be aware of though, in addition to the potential for a man-in-the-disk attack like what happened with the Fortnite Installer for Android. Because of the package name switch, you won’t be able to import your old layout and will have to start from scratch. Google Pixel phone owners will also have to wait for the root-based Magisk module because the bridge will still conflict with the original Pixel Launcher on the phone.