Even before there were smart homes and the Internet of Things, robotic vacuum cleaners, popularized by iRobot’s Roomba, have been the pioneers of the “home of the future” market. Sadly, they seem to have been shoved to the sidelines in the flood of new IoT and smart appliance products. iRobot, however, isn’t going to take that sitting down. It is now boarding the personal assistant train by making its Roomba 900 series respond to your voice commands via Alexa, for those times when you want to be more in control of the little robot.

“Alexa, ask Roomba to begin cleaning.” With a simple command like that, you can set the vacuum cleaner scurrying to do its job. Of course, the Roomba’s mobile app can also let you manually start, pause, or stop the robot, but where’s the fun in that? That said, those three actions are also the only things you can tell Alexa to tell the Roomba to do.

In case you don’t really trust the Roomba enough that it really did its job, you can tell it to make a report of its last 30 cleaning jobs. And it even does so in a fancy visual map. The iRobot HoME app’s new Clean Map feature shows users the visual map that the Roomba itself built as it went around the house. And with the Roomba-exclusive Dirt Detect, the robot can also show you where the highest concentrations of dirt were found. Just in case, you know, you were interested in the dirtiest parts of your floor. 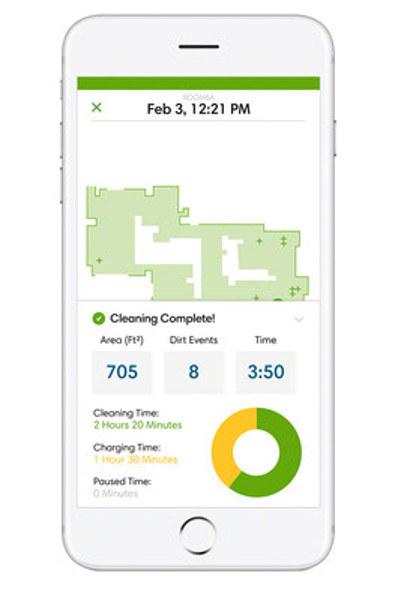 The new Roomba Alexa skill will be available sometime in the second quarter but only for US customers. It also only works one iRobot’s connected vacuums. such as the Roomba 900 Series. The update for the iRobot HOME App should be rolling out now for Android and iOS users.