True luxury isn’t going to your nearest car dealer and buying the most expensive model on the lot: it’s calling up Rolls-Royce and asking them to make you a completely unique, one-off bespoke ride. Such is the story behind this, the Rolls-Royce Sweptail, the handiwork of several years of the automaker’s expert designers and engineers, and a well-heeled (but currently unnamed) fan of the British marque. He wanted a racing yacht inspired coachbuilt car, entirely individual and reminiscent of the best of the automaker’s projects of the 1920s and 30s.

Back then, it wasn’t unusual for companies like Rolls-Royce to build to the whims of wealthy patrons. Whether a cabriolet version of a car ordinarily offered as a hard-top, or a racing alternative of what would normally be a road car, such projects marked an age where a car company’s reputation was based not so much on how many vehicles they built and sold, but how unique they were. 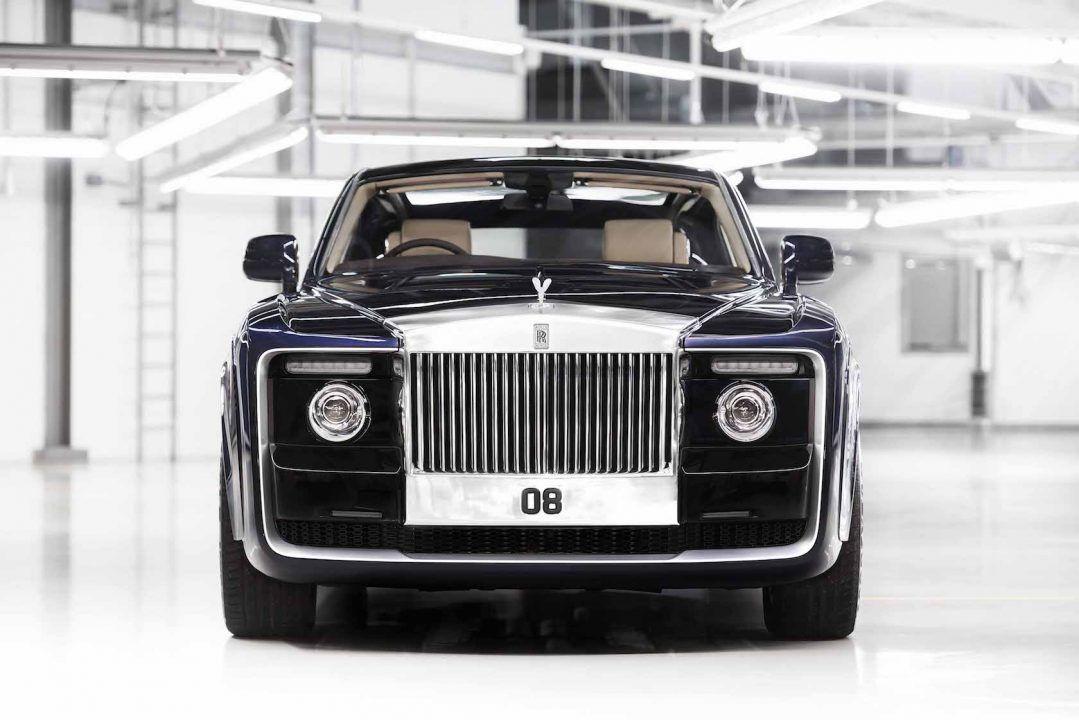 Fast forward to today, and you have the Rolls-Royce Sweptail. The brief was for a coachbuilt two-seater coupé with a large, panoramic glass roof, and the reality is one of the most distinctive cars to bear the automaker’s “Pantheon” grille to-date.

Indeed, it’s the largest example of that grille on any modern-era Rolls-Royce. Milled from solid aluminum and then hand-polished to a mirror finish, it’s a microcosm of the attention to detail that has gone into the bespoke two-door. Around it there’s lashings of brushed aluminum, while the sides make no attempt to disguise the car’s scale. The roofline arches back to a yacht-like raked stern, with a sharp taper into which the panoramic glass pierces. 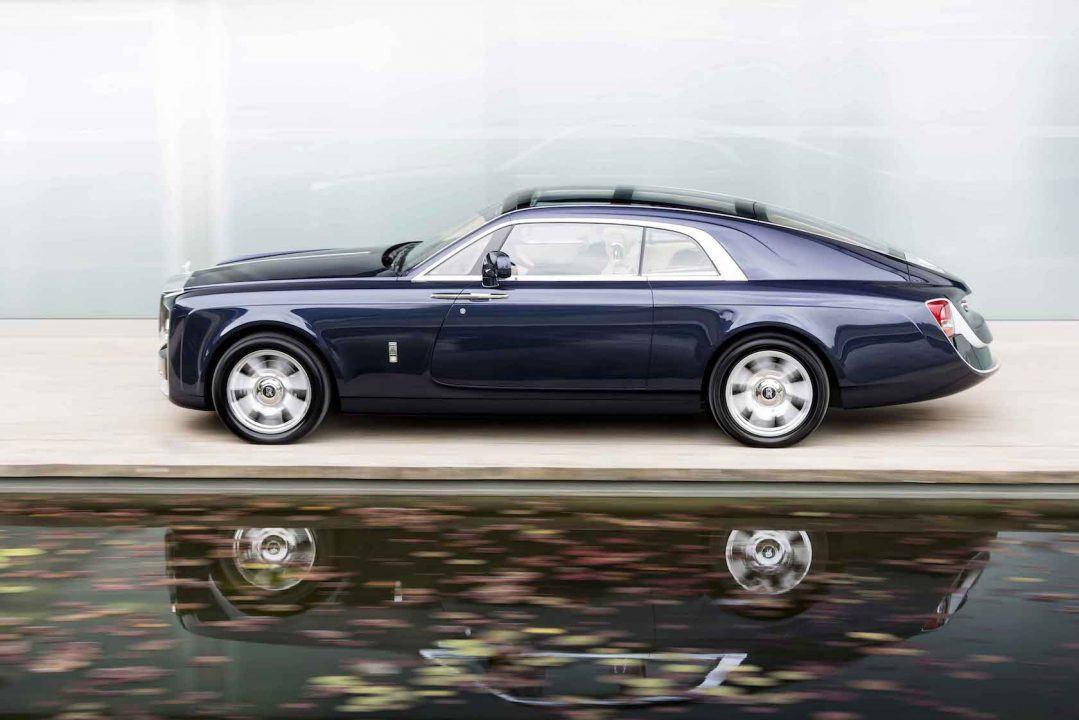 As you might expect, little has gone untouched by the Rolls-Royce craftsmen. The outboard walls of the car have two identical panniers, containing two handmade attaché cases that are deployed at a button-push. They match the full luggage set, which was made by Rolls-Royce Bespoke just for Sweptail. Even the registration number, 08, has been milled from two individual ingots of aluminum, and hand-polished before being installed on the rear.

Arguably the most lavish feature – in a car filled with features clamoring to be described as such – is the integrated bar. The entire center console has been turned over to a hand-built champagne fridge, which holds a bottle and two crystal flutes. 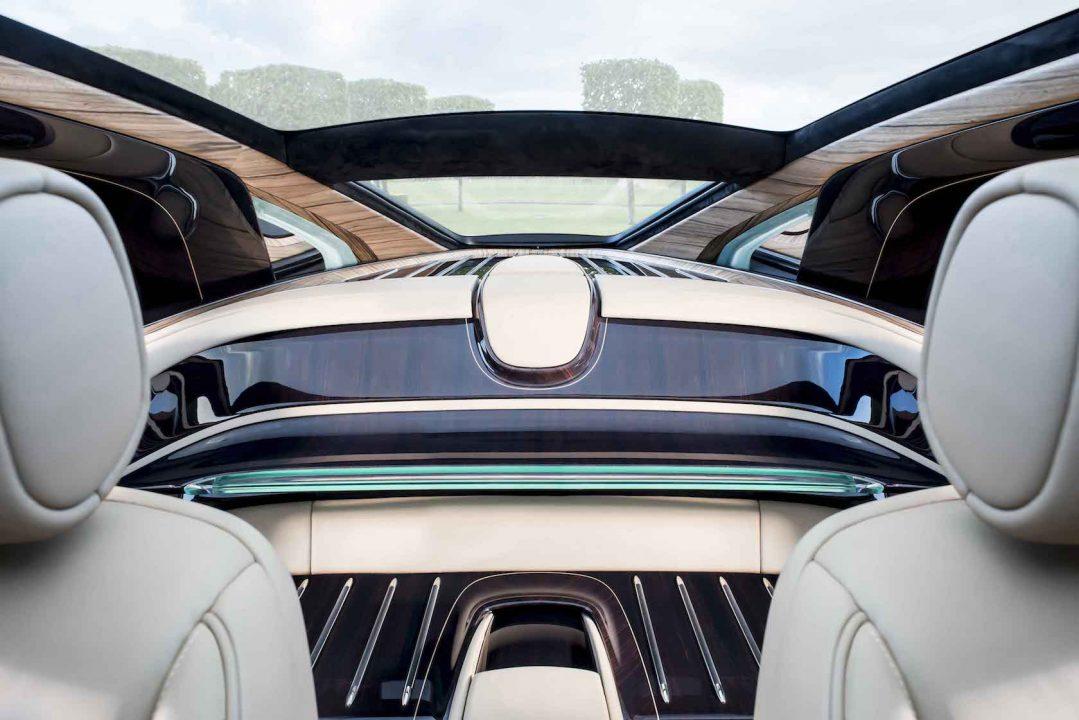 The interior as a whole is more minimalistic than the average Rolls-Royce. Gone is most of the instrumentation, leaving a single control visible. The clock, too, has blended in; its face uses one piece of Macassar veneer, matching the polished ebony and open-pore Paldao wood used elsewhere in the cabin. It finishes that off with machined titanium hands, which are also used on the sparse instrument dials. 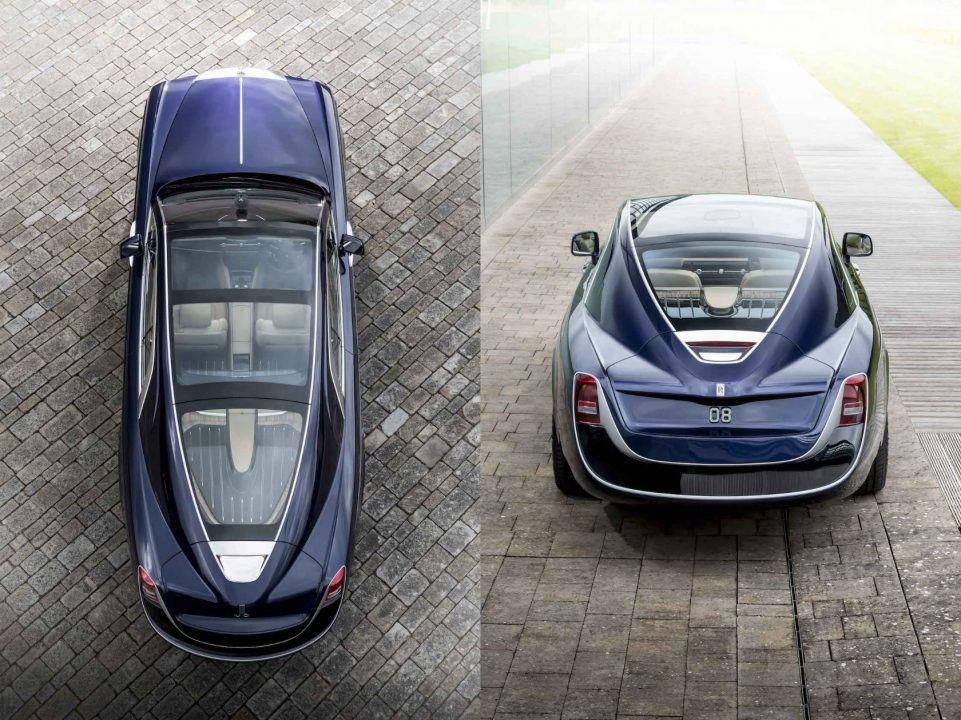 Seats and more are clad in light Moccasin and Dark Spice leathers, spreading across the dashboard top and the armrests. Rather than rear seats, there’s a huge luggage shelf with an illuminated glass rim and inset luggage rails. It can be accessed through the rear backlight window, and comes complete with a dedicated spot for your hat. It’s connected to the rest of the space with an unusual flowing teardrop form, which Rolls-Royce is calling the Passarelle.

As for the name, “Sweptail” is a riff off the original swept-tail cars of the 1920s. It’s being shown off for the first time at the Concorso d’Eleganza at Villa d’Este in Italy today, and no, Rolls-Royce isn’t saying how much it cost. 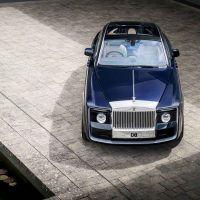 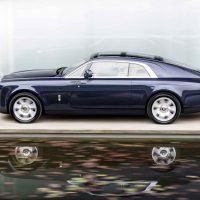 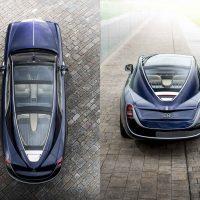 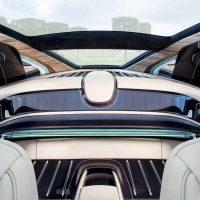 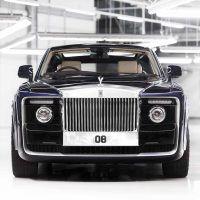