We already know that the Nintendo Switch version of Rocket League will be getting some Nintendo-themed exclusives – such as Mario and Luigi toppers for your car – but today developer Psyonix revealed another round of Switch-exclusive items. This time we’re talking battle cars, and the Switch will get two of them. These cars, obviously, will be themed around famous Nintendo characters, including Mario, Luigi, and Samus.

It probably won’t come as much a shock to hear that Mario and Luigi will be the focus of one car, but discovering that Samus will be honored with a car of her own is probably a pleasing twist for Metroid fans. After all, prior to this year’s re-imagining of Metroid 2 on the Nintendo 3DS, our old pal Samus didn’t really get a lot of love. At the very least, a battle car themed around Nintendo’s beloved bounty hunter is a nice touch. 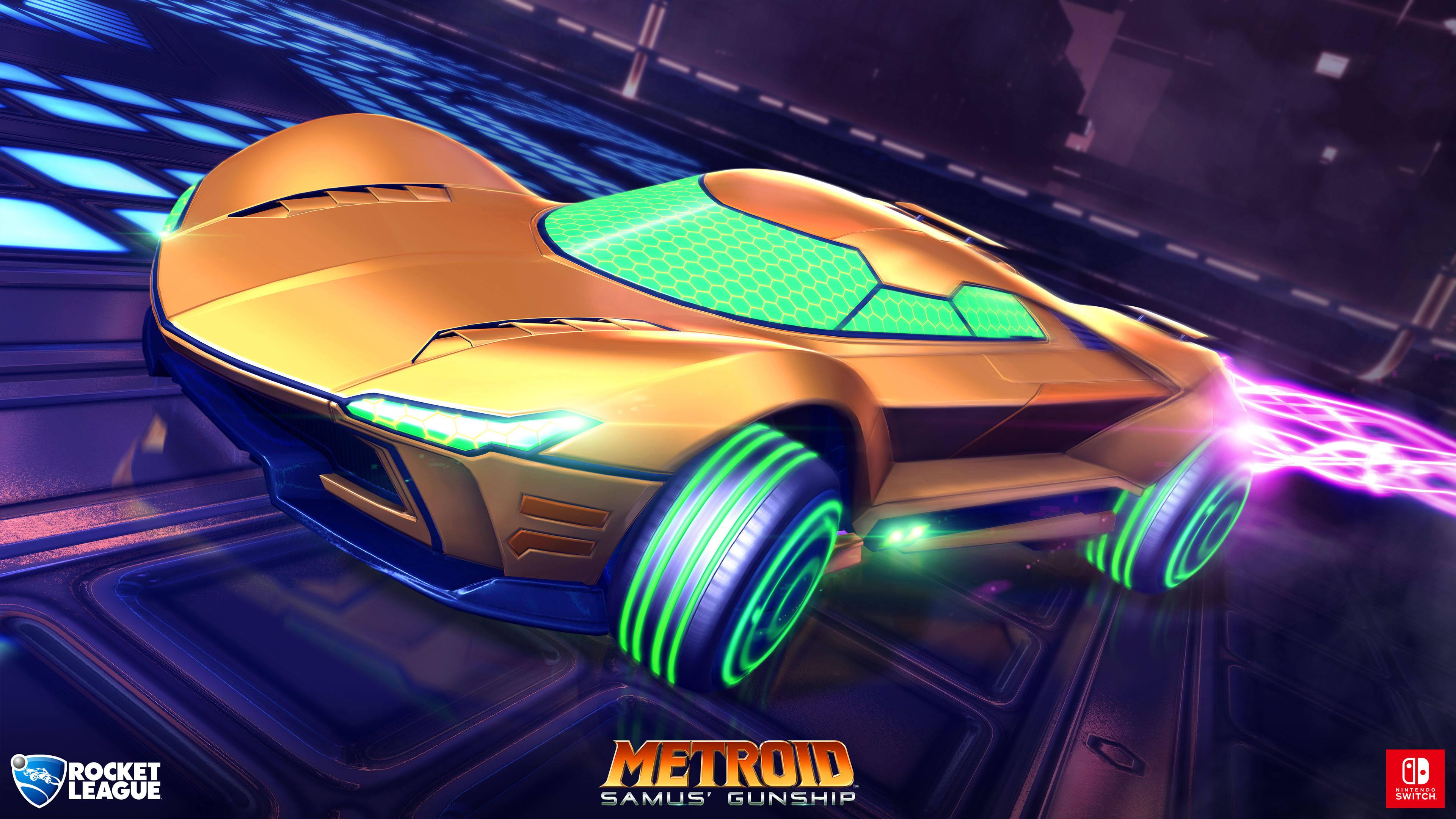 Though these are technically only two cars, they’ll change color depending on which team you’re on. For instance, if you’re on the orange team, you’ll see the Mario NSR variant of the Mario/Luigi car, while those on the blue team will see the Luigi NSR. Orange team players will also see the Samus’ Gunship car that’s previewed in the trailer, while Psyonix promises a “classic Samus color variation of her Varia Suit,” when playing on the blue team. Perhaps that variant will be themed around her Zero-Suit look from Metroid: Zero Mission?

In any case, these cars will also have special rocket boosts. For the Mario NSR/Luigi NSR car, that special boost is the Super Star boost, while Samus’s Gunship will use the Wave Beam rocket boost. These cars will be free for all owners of Rocket League for Nintendo Switch, though it does sound like you’ll have to unlock them through gameplay.

Rocket League for Nintendo Switch still doesn’t have a solid release date. We know it’ll be out by the end of the year, but beyond that, neither Psyonix nor Nintendo have set an exact date. Given our proximity to Q4 2017, we should hear news of that release date relatively soon, so stay tuned for that.