Rocket Lab today unveiled a new plan to build an 8-ton reusable rocket called Neutron. The Neutron rocket will be quite a bit bigger than Rocket Lab’s current claim to fame, the Electron rocket, and obviously, that means it’ll be used for different purposes. Rocket Lab still envisions using the Neutron to fly satellites into space, but it also plans to use the rocket for interplanetary missions, missions to the International Space Station, and human spaceflight.

In a video published to Twitter today, Rocket Lab CEO Peter Beck owned up to the fact that he at one point promised to eat his hat if Rocket Lab ever got into the business of making reusable rockets or rockets bigger than Electron. Since Neutron ticks both of those boxes, you actually get to see him eat part of a Rocket Lab hat (after it’s been through the blender, of course).

The video is worth watching for that moment alone, but in it, Beck also tells us when the expected first mission for Neutron will take place: sometime in 2024. In a separate press release today, Rocket Lab says that Neutron will launch from Virginia’s Mid-Atlantic Regional Spaceport at the NASA Wallops Flight Facility. By using that pad, Rocket Lab saves on the cost of building an entirely new pad, and get missions going sooner rather than later. 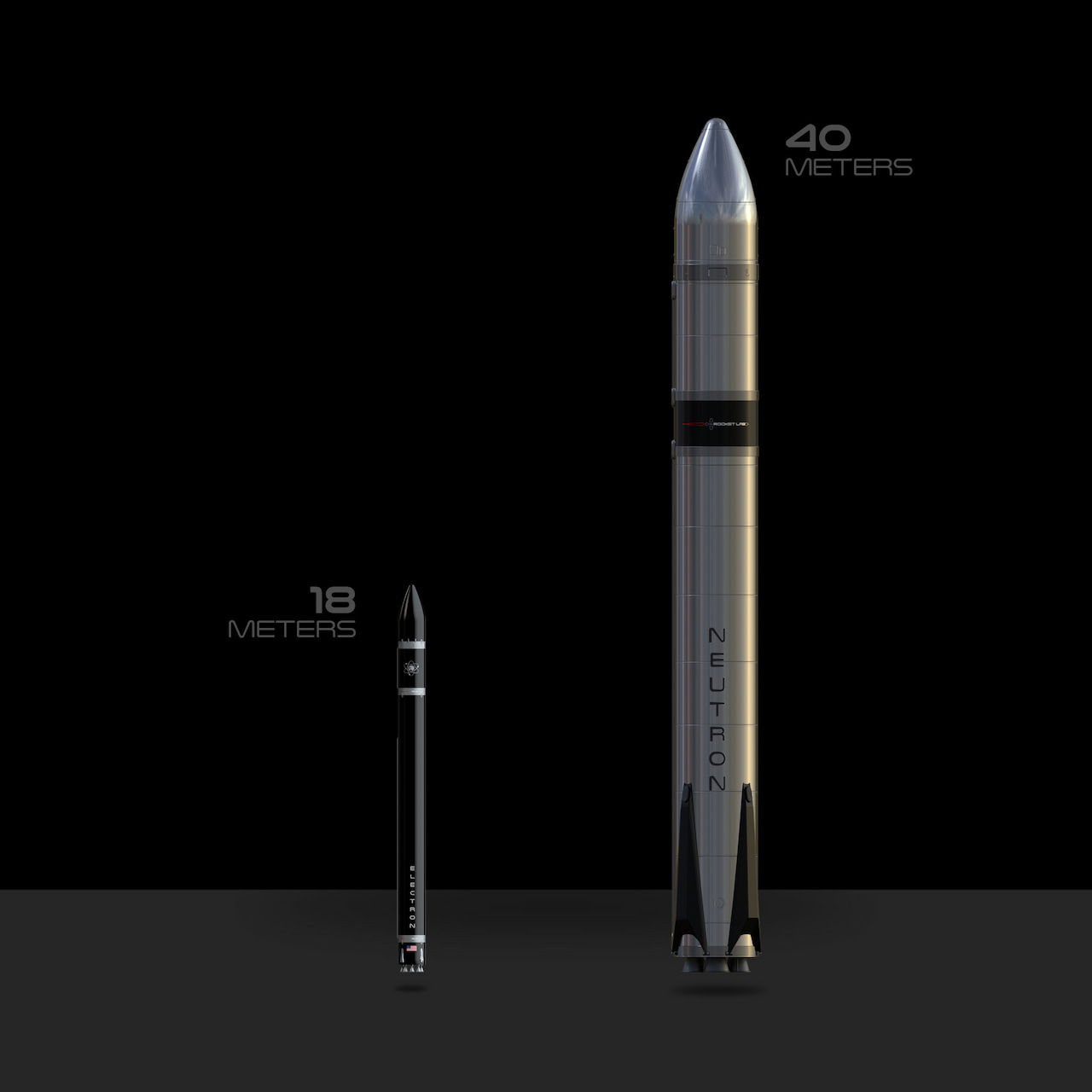 The press release also included a number of statistics about the Neutron rocket. “The medium-lift Neutron rocket will be a two-stage launch vehicle that stands 40 meters (131 feet) tall with a 4.5-meter (14.7 ft) diameter fairing and a lift capacity of up to 8,000 kg (8 metric tons) to low-Earth orbit, 2,000 kg to the Moon (2 metric tons), and 1,500 kg to Mars and Venus (1.5 metric tons).” We also learn that the rocket’s reusable first stage will return to earth by landing on a ocean platform, rather than splashing down in the ocean like the Electron rocket.

Rocket Lab will now begin looking for a location in America to build the factory that will produce Neutron. With the announcement of the Neutron, it seems that Rocket Lab wants to go toe-to-toe with SpaceX and its Falcon 9 rocket, so we’ll how things pan out for Rocket Lab in the coming years.