Robots need coffee too, but not for the reasons you think

Coffee is the beverage of choice for millions of people who need a boost of energy for work or increased focused for exams. The beans are found in a variety of products, including one unexpected machine: a robot. Coffee grounds, it turns out, can help a certain kind of multi-legged robot perform its job with fewer issues, but not for the reasons you think.

Unlike people, these robots aren’t drinking coffee — they’re using it to walk on uneven surfaces. The development comes from researchers with the UC San Diego Jacobs School of Engineering and involves coffee grounds used in the feet of a robot designed to walk over uneven surfaces like gravel. As you may anticipate, the coffee grounds help the feet conform to the shape of the surface.

The researchers tested their ‘boots for bots’ on a variety of surfaces, including rocks, woodchips, and rough outdoor terrain. The result was a faster walking speed for the robot with the coffee ground feet — it was able to travel up to 40-percent faster when compared to walking on the same surfaces without its special shoes. 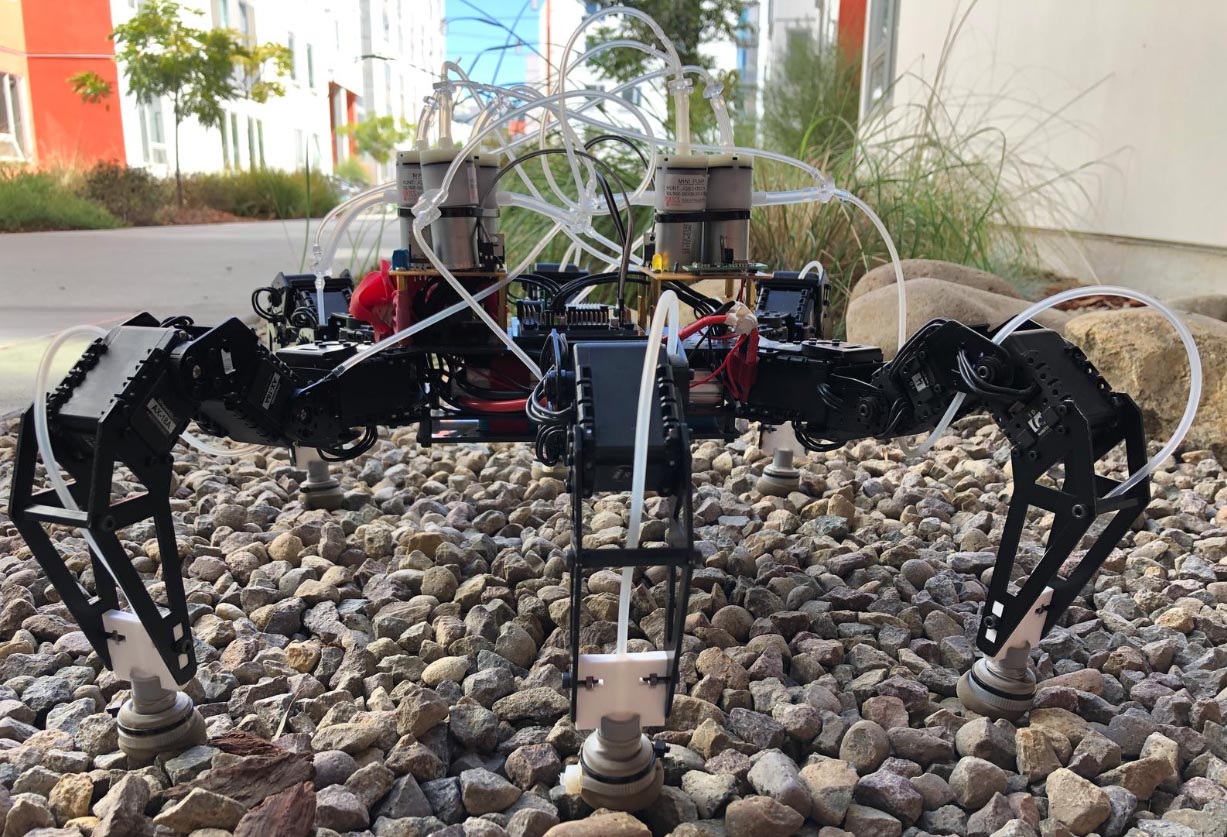 The boots are made from coffee grounds within a latex enclosure; they can change shape in response to the surface, then change back to their regular shape. This provides a better grip on flat surfaces, according to the researchers, and decreases the number of slips and stumbles on uneven terrain, resulting in faster travel speed.

The structure is called ‘granular jamming’ and it enables the boots to behave as both a liquid and a solid, the study notes. The boots were tested with a hexapod robot fitted with a system that controls the pressure in the feet — this is called active jamming. The boots can also be used with passive jamming, which is when the weight of the robot causes the coffee-filled shoes to stiffen from pressure, then relax when the leg is lifted and the pressure is removed.

The researchers are planning additional refinements to their robot boots, including sensors that are able to tell whether the robot needs to use active or passing jamming for any given surface.