We’ve come a long way since the very first Roomba rolled on living room and kitchen floors. While still sticking to that same circular design, robot vacuum cleaners have changed and evolved considerably over the years, gaining features like obstacle avoidance, simultaneous mopping, or voice control. Roborock’s latest S6 MaxV cleaning helper has all those and more, making it one of the smartest robots to grace your floor and certainly one of the more expensive ones as well.

From certain angles, it’s easy enough to mistake the Roborock S6 MaxV for its predecessors. Robot vacuum designs have been utilitarian more than anything. The small dist on top of the larger disk that is its body house the LIDAR that lets it create a map of a room. It has enough space for a 460 ml dust bin as well as a 300 ml water tank for mopping. Rubber brushes at the sides sweep dirt towards the main brush underneath, making short work of corners. The only immediately visible difference between the S6 MaxV and the company’s older robot vacuums are the two cameras on the front, but we’ll get to those later. 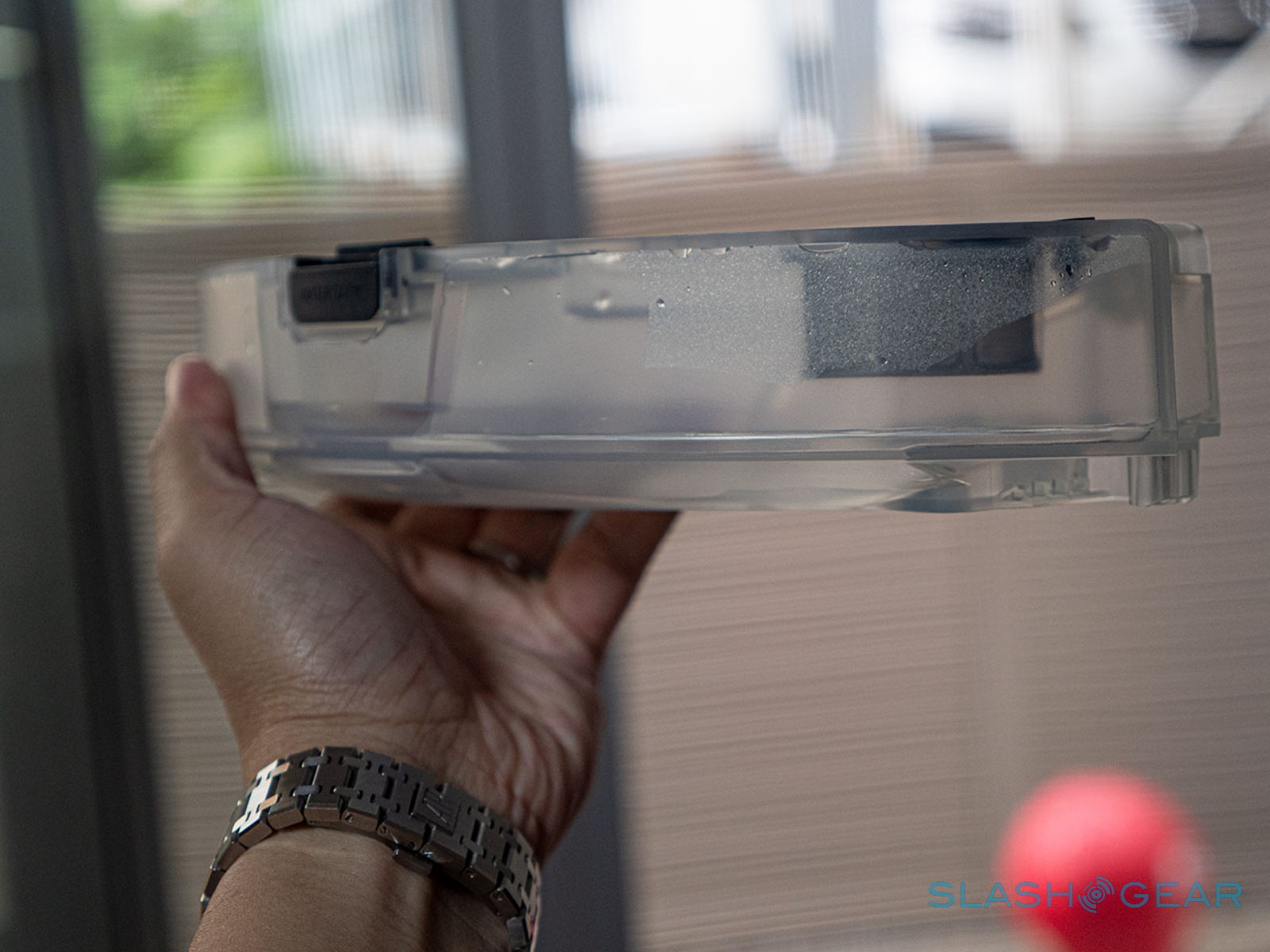 The familiar design belies the upgrades this robotic vacuum mop hybrid has, not even including those cameras. With a sucking power of 2,500 Pa, the S6 MaxV is Roborock’s strongest, which you might not believe with your ears, considering how it sounds the same as its non-MaxV predecessor. Despite the added power, both in vacuuming as well as in processing, the S6 MaxV is advertised to last 30 minutes longer on the same 5,200 mAh battery as its forebears. Of course, if you have a small living room like ours, the speed and efficiency of the robot means it’ll be done in just 18 minutes with plenty of battery to spare.

What truly sets the Roborock S6 MaxV apart, even from its competitors, are two cameras that site in front and a Qualcomm processor that hides inside. The two cameras give it a better view of what it might run into beyond the rather broad area that the LIDAR sensed out. Stereoscopic vision works more like our own eyes, giving the robot better depth perception and allowing it to better estimate how much it needs to turn to avoid it. 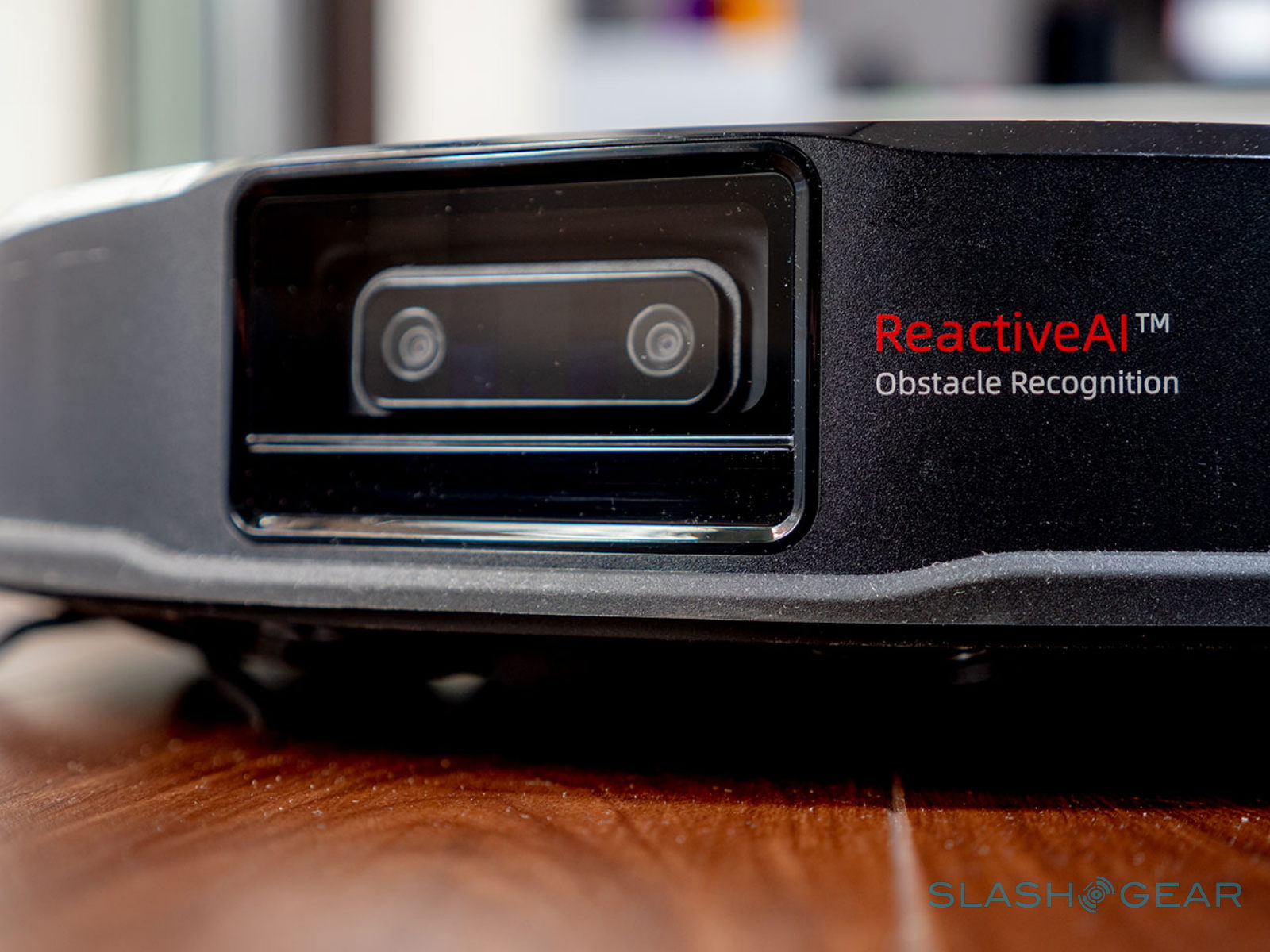 Seeing won’t be enough, however, to actually avoiding such objects and that’s where the Qualcomm APQ8053 Lite comes in. This processor is designed specifically for IoT and utilizes the chip maker’s Vision Intelligence 100 tech to make sense of what those two cameras see. In practice, the Roborock S6 MaxV is definitely smarter than it looks.

The robot vacuum cleaner can easily make out a wide variety of objects left on the floor and avoid them. It can even go around pet poop, at least if you tell it you have pets at home. It’s not perfect, as we’ll see, but it’s significantly better than what other robot vacuum cleaners offer, which is close to nothing. More importantly, the S6 MaxV will note what it tried to avoid and identify it with some level of confidence, putting it on the app’s map for you to review later and help its AI improve over time. 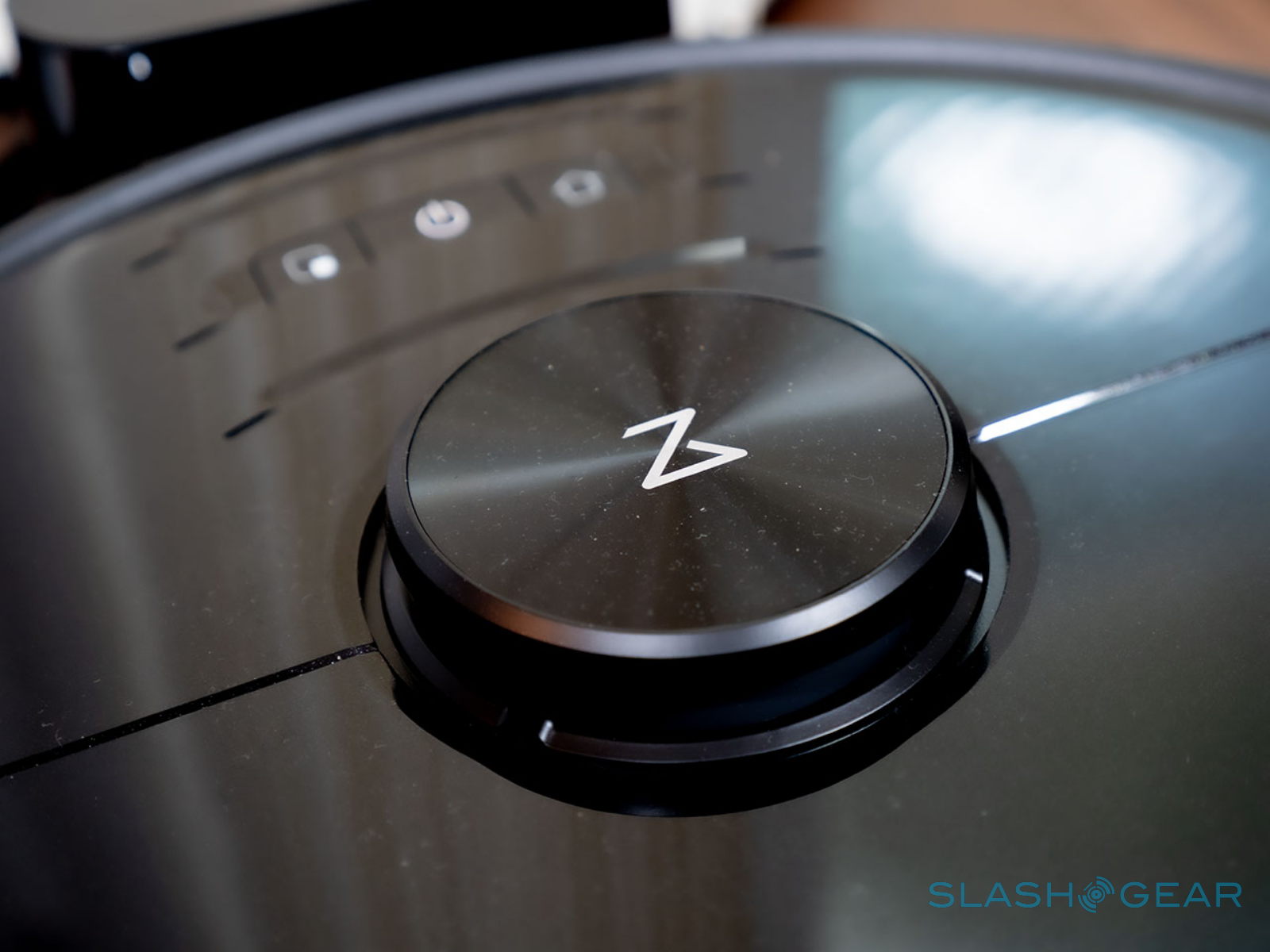 Having a robot vacuum that has cameras does have its benefits but it also brings with it some concerns. That’s where the same Qualcomm chip comes in, enabling on-device processing without requiring any Internet connection. Roborock knows that users will be worried about this so it even put a disclaimer on the robot’s packing, promising that the images those cameras take are deleted immediately after use.

Seeing what it should avoid is an important feature but knowing where to actually vacuum and mop is perhaps even more important. In that aspect, the Roborock S6 MaxV is just as impressive and it is made possible in part by its mobile app.

After the initial setup, the little robot draws a map of the floor it just cleaned, separating it into rooms that it will then go over one at a time. It’s smart enough to know to dock itself when it’s about to lose power and pick up where it left off after recharging. Even better, the vacuum cleaner can actually detect what floor its own and change its map, perfect for multi-level houses. 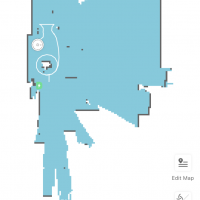 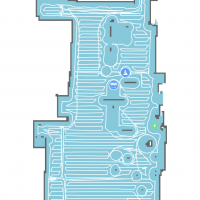 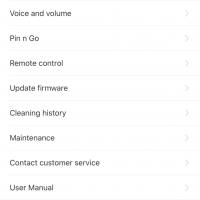 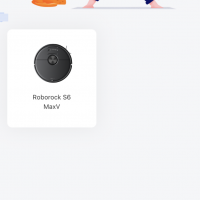 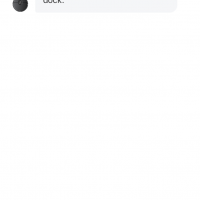 The app gives you a lot of control over those maps, allowing you to set up zones it shouldn’t go to or invisible walls to make it avoid certain sections. Want to have your expensive carpet vacuumed but not mopped? Set that area as a no-mop zone. You can drop a pin on the map to have it vacuum that place instantly or, if have your perfect smart home setup already, simply command it to do so via Amazon Alexa or Google Assistant.

Technology at its infancy

The Roborock S6 MaxV is almost a smart home automation dream come true but, like any nascent technology, it still has some teething problems. The cameras, in particular, are quite good but, like many cameras, falter in poorly lit environments. So, yes, better not schedule your vacuuming at night while you sleep, even if it’s silent enough. You might not want to make it work completely unattended anyway. 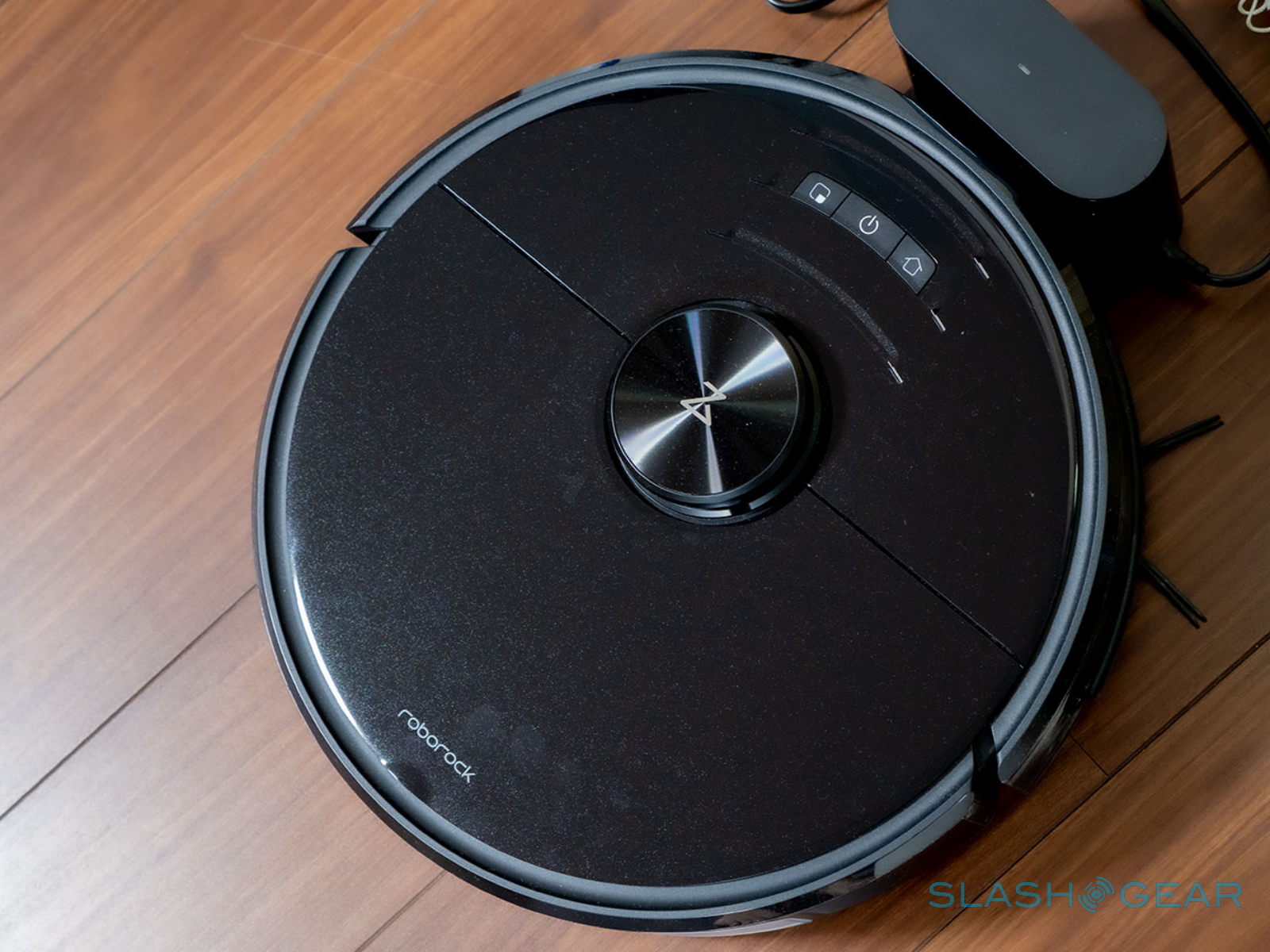 Object recognition and avoidance is this robot cleaner’s selling point and while it works most of the time, it’s the few times that it doesn’t that’s the reason why you should be awake or around when it gets to work. It will correctly identify and avoid large power cords but smaller, thinner charging cables might get stuck in its brushes requiring some manual intervention.

It will also sometimes misidentify things, like small plastic object. One ray of hope is the robot is constantly learning from each use and a firmware upgrade could also help boost its smarts a bit, hop

What could be the Roborock S6 MaxV’s biggest stumbling block, however, is its price. At $749.99, it is easily one of the more expensive robot vacuum cleaners out there. It pays, however, to actually keep in mind what you’re getting at that price. Yes, Roborock’s other robots cost at most $600 and there are plenty of cheaper models from other brands. Few if not none of those, however, have any cameras or on-device AI processing and the only other vacuum cleaner with that feature is close to twice the price of the S6 MaxV. 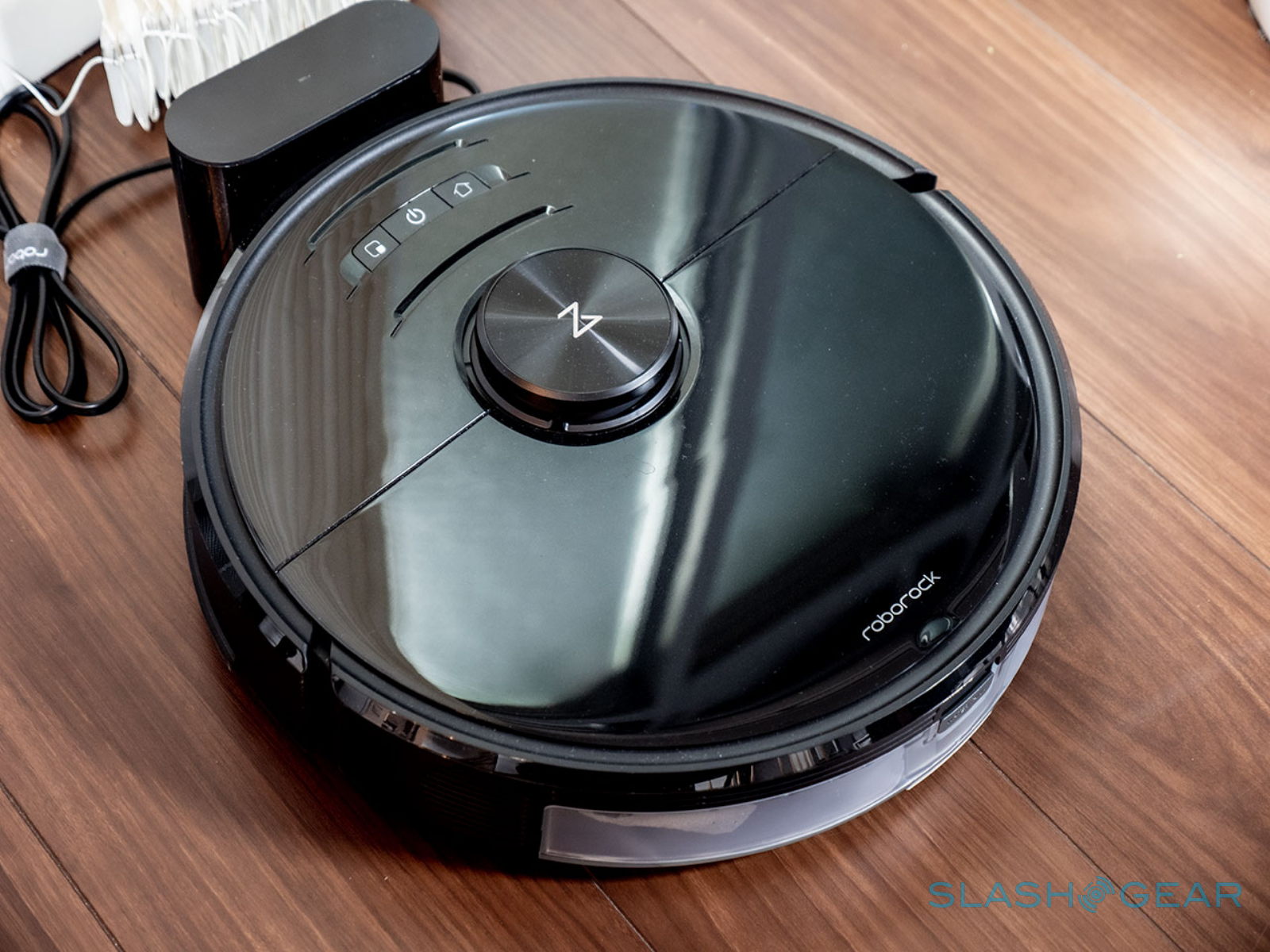 Do you really need a robot vacuum cleaner with all those features anyway? If you have pets at home, that’s definitely a “yes”, even if there will be times it makes mistakes. You might not absolutely need all the bells and whistles it offers but if you do get your hands on a Roborock S6 MaxV, it will definitely be worth its price.