Robomart brings the produce stand to your street

This autonomous vehicle you see here is the latest attempt to kill the local corner store and steal some of the money that big grocery stores like Walmart are making. The startup is called Robomart and it wants to bring fruits, veggies, baked goods, and other groceries right to your door. I wonder if it will play music as it cruises down the street.

Robomart would be a white-labeled service for wholesalers and big retailers, so there is a chance you might see a Walmart Robomart at some point. The concept has some serious obstacles to overcome before you can buy garlic on your street like ice cream.

The company must figure out how to handle parking and traffic. It can’t just pull up and sell you stuff if there is no place to park and if you have to chase it down the street, what’s the point. The company figures that the autonomous delivery vehicles could be purchased by a collective of local stores to compete with larger locations.

The other catch is that we are a long way from fully autonomous vehicles cruising the streets. Many cities and towns still don’t have rules on the books to allow this and the hardware isn’t all the way there just yet.

Robomart wants customers to license the platform and vehicle on a 24-month lease. The company says that is significantly cheaper than setting up a new store but offers no real detail on costs. The vehicle will have a refrigeration or heating system inside. That sound says if you wouldn’t be able to buy cool and hot items from the same vehicle, but that isn’t clear. 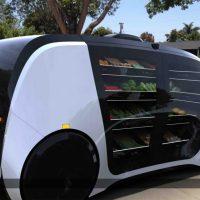 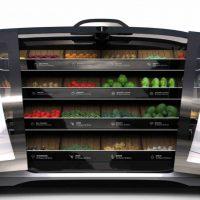 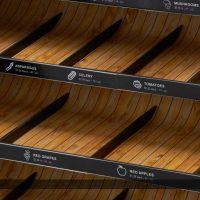