Ring is expanding into your car, with three new vehicle security products at least one of which that Tesla owners will get to experience first. Announced during Amazon’s product-packed event today, Ring Car Alarm, Ring Car Cam, and Ring Car Connect mark the security company’s expansion out of the connected home and into vehicles, something it says has been a top request from Ring users.

Car alarms can often seem more like a headache than a real security benefit, particularly if they’re going off randomly in the street while you’re trying to sleep. Ring Car Alarm, though, is a connected version, and it taps into the new Amazon Sidewalk network feature that the company plans to launch later this year. 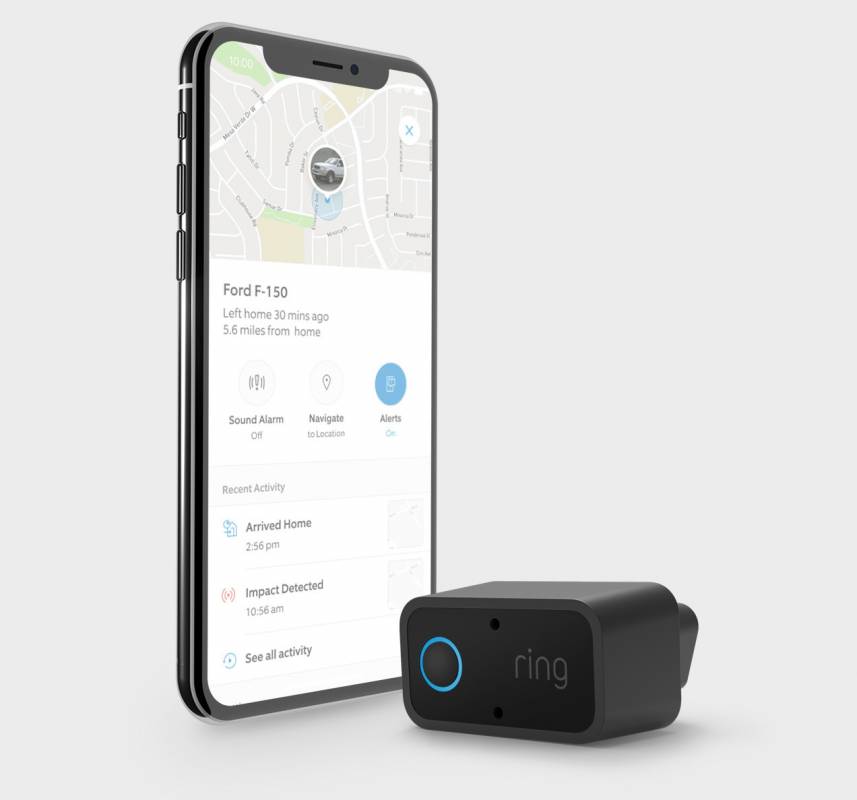 It’s an OBD-II dongle, plugging into the diagnostics port most recent cars have in their lower dashboard. After that, if the vehicle is bumped or broken-into, or towed away, Ring Car Alarm will fire off an alert via the Ring app. Users will then have the option to manually trigger the dongle’s siren.

If you’re living in a house with other Ring or Alexa enabled devices, meanwhile, a Car Alarm alert can trigger those other gadgets to alert you more broadly. With Sidewalk, meanwhile, the theory is that Ring Car Alarm will be able to tap into the neighborhood networks that Amazon envisages Echo and Ring devices generating. Those will be used both privately – helping expand you coverage for smart home devices even if you don’t have WiFi coverage – but also with a shared neighborhood channel that will allow devices like Ring Car Alarm to get online without their own a cellular connection.

Joining Ring Car Alarm is Ring Car Cam, and as the name suggests it’s a camera intended to go into your vehicle. As with the alarm system, it tracks bumps and attempted break-ins, sending alerts out to a user’s smartphone in response. However because it has WiFi and LTE – with an optional connectivity plan – you’ll also be able to log in and stream what the Ring Car Cam is seeing. 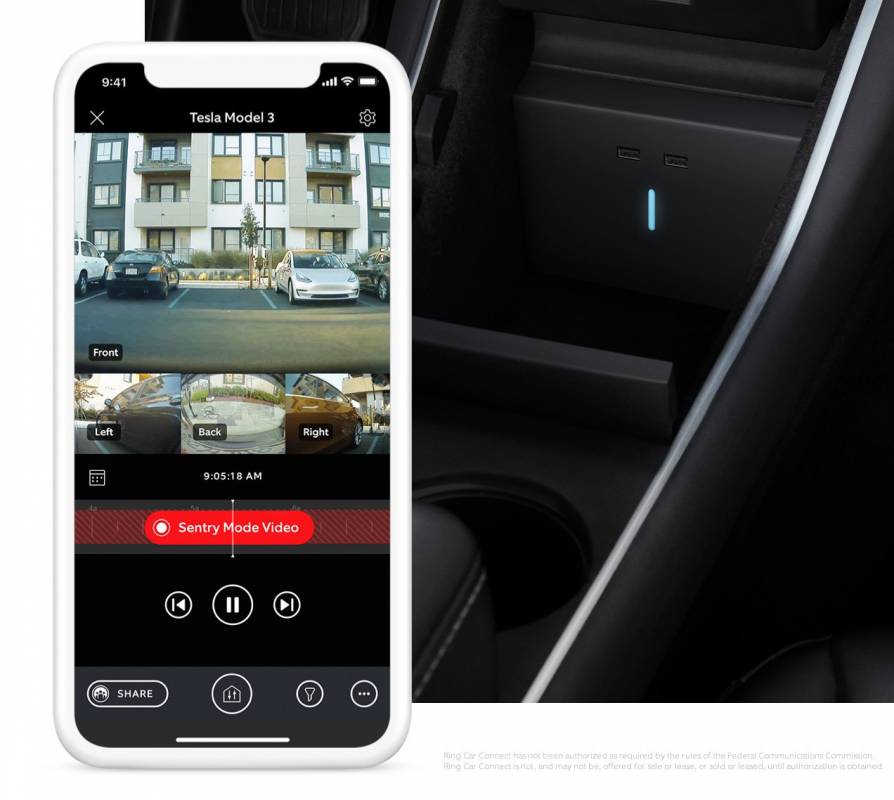 On the move, meanwhile, there’s Emergency Crash Assist. That can automatically summon assistance from first responders in the case of an incident, sending them the precise location of the vehicle. In the case of getting pulled over, meanwhile, saying “Alexa, I’m being pulled over” will trigger a feature Ring is calling Traffic Stop. That automatically begins recording video to the cloud, as well as sending out a notification to family members that the stop has taken place. 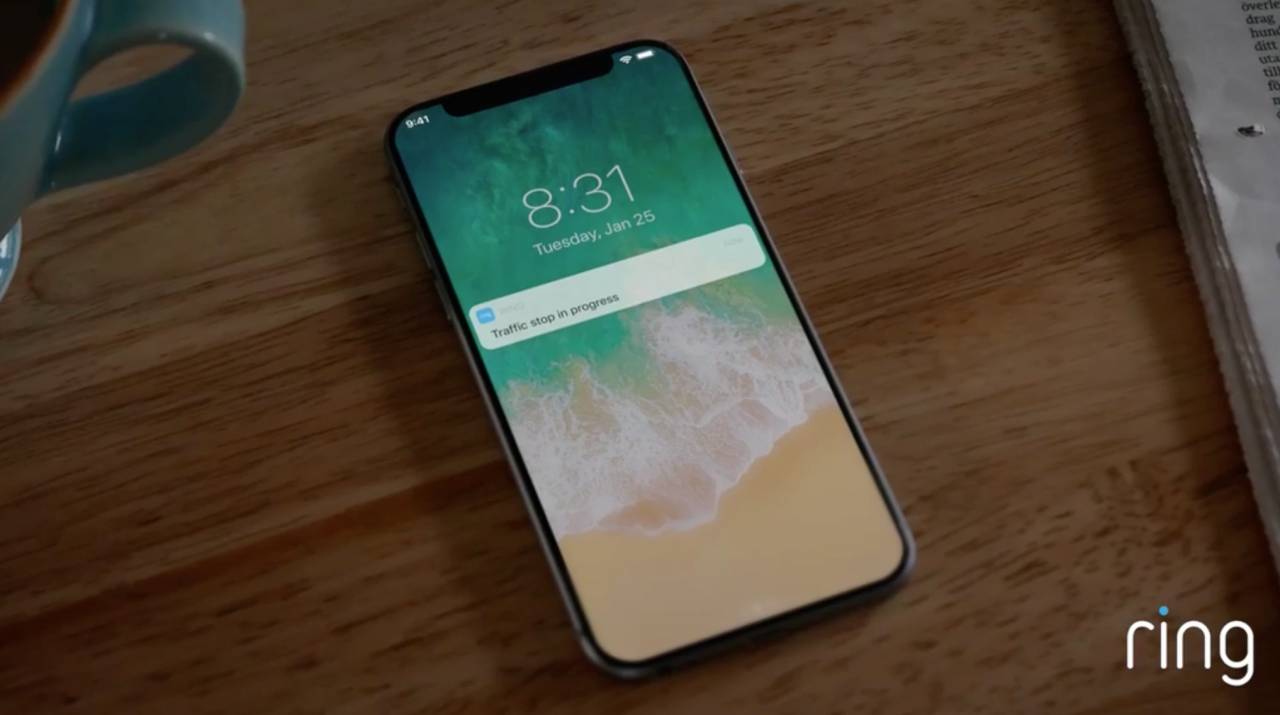 A physical privacy shutter is included, which turns off both camera and microphone functionality. Ring Car Cam will be $199.99 when it goes on sale in 2021; pricing for the LTE connectivity plan will be confirmed closer to launch.

Ring’s last vehicle-focused product is actually a product and a service. Ring Car Connect is an API for automakers, which will allow them to easily integrate their connected vehicles with cloud services. That’ll include things like getting mobile alerts for different events, watching recorded footage from vehicle cameras, and tracking things like whether the doors have been left unlocked. 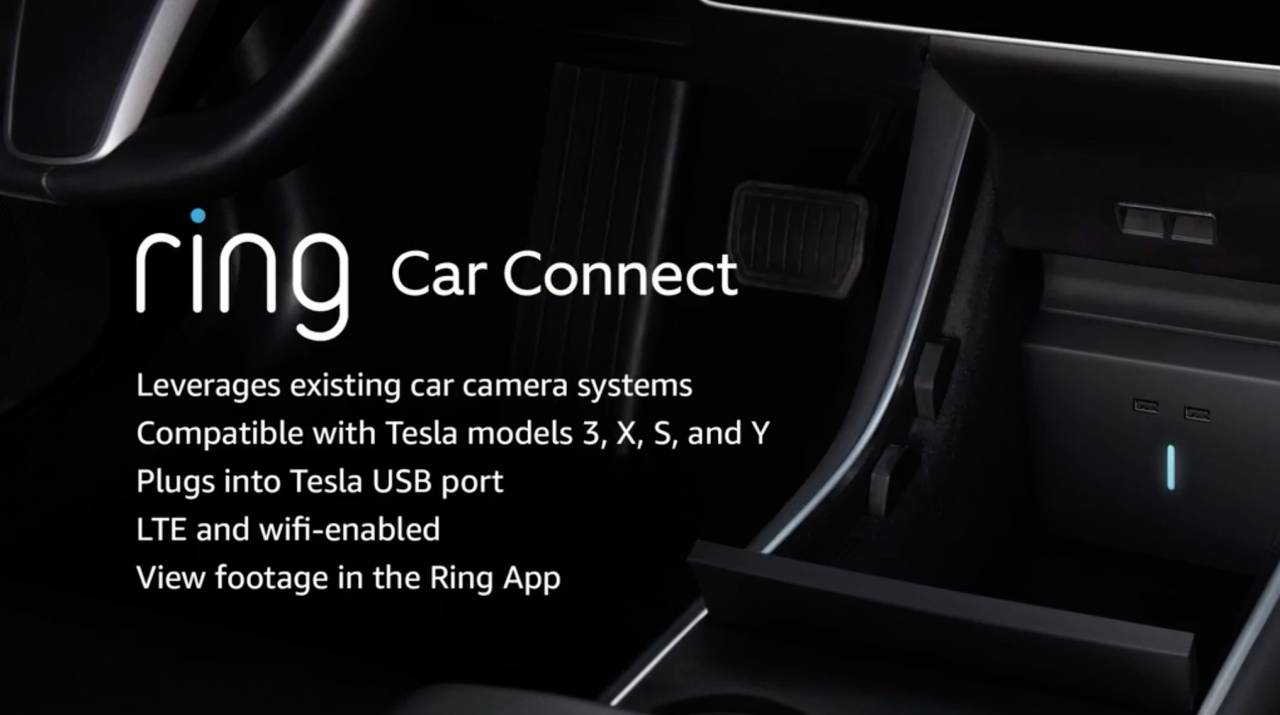 It’ll be open to any automaker that wants to participate, much in the same way that Amazon makes it easy for them to integrate Alexa features into the dashboard. First out of the gate will be Tesla, which will have support for the Model 3, X, S, and Y. Install the Ring Car Connect – which plugs in via USB – and owners will be able to watch Sentry Mode and record driving footage from the EV’s existing cameras in the Ring app, either over WiFi or – with an optional service plan – via LTE.

[Updated to reflect that Ring did not collaborate with Tesla on Ring Car Connect, though the EV-maker is the first to be announced as using the technology]