I have a confession: I love House of Cards. Part of the reason for my obsession is the opening sequence (and probably Kevin Spacey’s oddly passable/terrible accent). The time-lapse, gently rolling through various points of Washington D.C., is just magical. I’ve always wanted to do something like that, but it seemed like an investment beyond the scope of what I was willing to spend (HoC uses a RED Camera!). Rhino isn’t asking much of me, though. Motion pairs a slider with a simple motor for fine-tuned live motion time-lapse, and — spoiler alert — it’s awesome.

The slider alone is pure hotness. Carbon fiber rails and all-terrain legs make for durable, go-anywhere shooting. The carriage also earned my trust. Though I needed an adapter for my Beastgrip set-up, the rollers, brake, and overall construction are inspired.

Settled between the rails is a small rubber belt drive, which is where the fun begins. A motor sits on the end of the slider, which can be hard-wired to the controller. 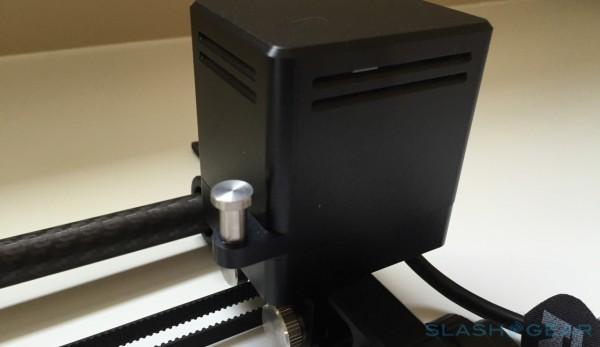 Since we’re talking hardware (for now), I’ll say the motor is heavy, but durably housed. The controller is simple; a wheel and power button sit under a very basic screen, but also pretty heavy. 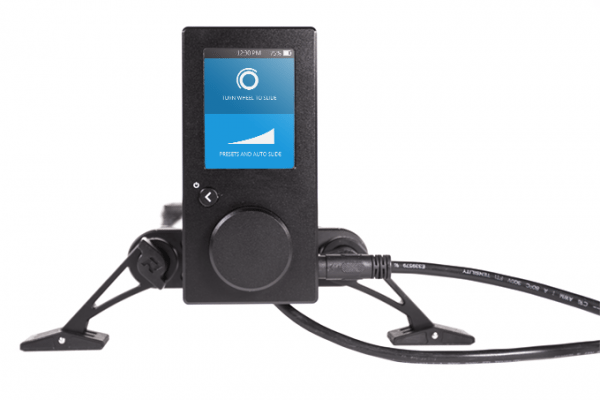 The controller has a few ports as well. The power port is self explanatory, and there’s a port for connecting it to the motor via an included cable (which is wired into the motor housing). A camera port allows you to control the exposure on some models when using time-lapse, and there’s a microSD card slot for “updating software”.

The controller is also battery powered, where Rhino says we’ll get eight hours of continuous use. More on that in a bit.

Yes, there’s software. It’s contained to the controller and motor assembly, though — you won’t be pairing this to a camera or otherwise interacting with it outside of the controller.

The controller is your only interaction for getting things right with Rhino Motion, and it does a solid job.

While the interface is simple, the use-cases are vast. So long as you need a camera to slide, Motion can handle it for you. You can manually slide your rig at varying speeds, or set beginning and end points for a timed slide, which is the time-lapse mode. See? House of Cards!

The controller software is pretty well thought out. You don’t only get the options to slide the rig manually or via time-lapse; you also get to tell it where on the rig the motor is mounted, which provides a little bi-directional use without the need to completely re-do your set-up.

I will say calibration can be a bit finicky, and took me problem-solving some settings I had active at first. I appreciate it takes slight slope into account, though. In the timelapse video I took in a park, the bench was a two-degree slope, and Motion picked up on that during calibration. 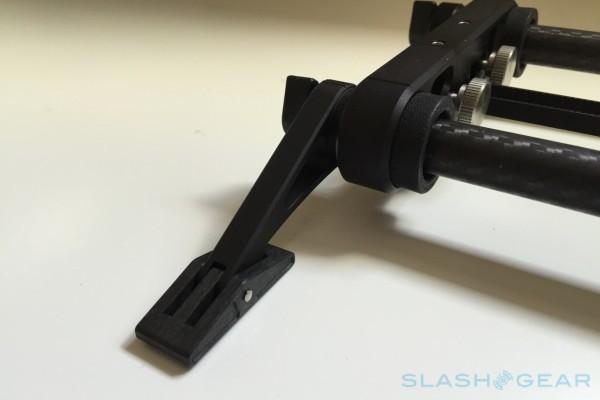 In the controller, Rhino built in some presets for their other sliders. That’ll make existing customers happy, and crucial if you want a longer slider than the 24-inch model that’s standard fare.

The heart of this set-up is your motor, which attaches simply enough (literally just drop it onto a peg and tighten two bolts via hand). Rhino says it’s quiet, but that’s subjective. For video with a faster sliding action, you’d want to overlay an audio track or voiceover; it’s not that quiet.

As you can see in the video below of a slide-by of some Android figurines (yes, that’s me in the middle!), the motor hum is evident even on slower speeds. The video was originally meant to be a GIF, but I decided to leave it as a video to show the actual motor noise at a speed I think most will be using Motion.

For time-lapse video (again, seen in this review) or slower draw shots, the motor noise won’t be a big deal. It’s not loud by any means, but it made itself known in some video tests, if ever so slightly. No surprise, or even really a nuisance — just something to keep in mind.

The brains of this rig is the controller, which is really simply laid out and equally easy to master. While Rhino could have fleshed out the UI a bit more (making it a touch more visually appealing) it wasn’t necessary. As-is, we get right where we need to go quickly and easily. I’d much rather simple, effective utility than animations or icons. 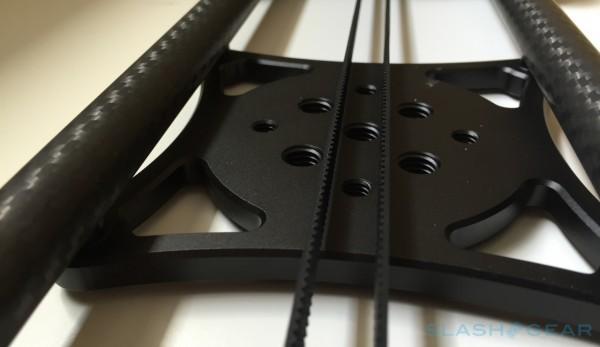 One thing that stood out was Motion’s awareness. After calibration, Motion knows where your rig is at on the slider, leaving you to create shots without worrying about hitting the edges too harshly.

The eight hour battery promise? That’s a bit off, but I am testing an early build, so I won’t hold it against them. I set it to capture time-lapse over the course of 30 minutes, and the battery drain was a bit much for an eight hour battery life. Expect two hours or so for a recharge. If you’re nervous about the battery dying, or want prolonged use, bring the charger and plan accordingly.

Do keep weight in mind with Motion. The heavy-ish motor and substantial controller heft make for a lopsided affair if you’ve mounted to a tripod in the middle. At full extension, my Manfrotto tripod held up fine, but at lower heights — with the motor/controller weight and camera setup sliding about — it was all at risk of falling over. Two tripods are suggested, and can be mounted on both ends.

Rhino seems to have big plans for Motion. There are several accessories already planned or on offer, and the inclusion of other sliders in the software settings likely means Rhino wants this in every bag when time-lapse or motion shots are happening.

Motion should be in every bag, too. The first line of their Kickstarter campaign — which has been fully funded with just over two weeks to go — says it all. “Camera movement made simple.” 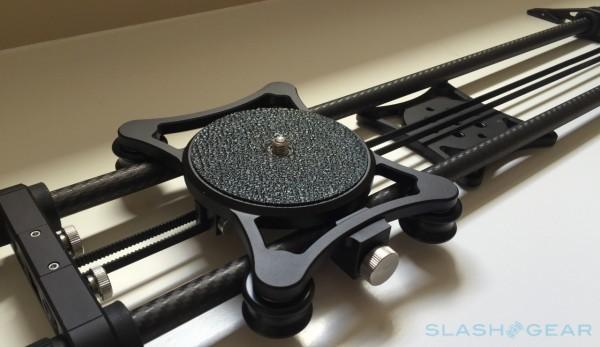 As automated camera sliders go, there is some downright clumsy equipment out there. The stuff that isn’t complicated or fragile is just plain expensive. Rhino’s Motion and Slider combo isn’t cheap — $999 as tested — but it’s far and way the best hardware and software we’ve seen in this space.

Simple, effective, and downright fun. That’s what photography and videography should be, and is exactly what Rhino Motion brings. If you’re serious about photography beyond Instagramming food, I can’t recommend Rhino enough (actually, a slide-by shot of a burger would be rad, so just buy this thing already).

Rhino’s Kickstarter campaign is still live, and you can grab the whole kit and caboodle, or order the Motion and Slider separately. Together or separate, this is the best hardware we’ve seen for creating a sliding shot.

Motion and Slider ship in July/August.