One of my Facebook friends recently posted about her 20-year high school reunion. We went to the same high school, and she was a year ahead of me. I have perhaps a dozen other Facebook friends from my high school who were all in that same graduating class, but she was the only one who mentioned the reunion. This took me by surprise for a couple of reasons. First, I had forgotten that my own high school 20-year reunion will happen next year. For those readers who are now thinking about how old I am to be writing such a thing, trust me, you won’t feel so old when you get here.

Second, I had almost forgotten that high school reunions exist. For whatever reason, so did my friends who should have been in attendance. Now, reunions are highly charged affairs. I attended my 10-year reunion and I had a wonderful time. I hated high school but, perhaps miraculously, my reunion reminded me of all the good I liked, and also taught me how much people can grow up and mature in the best ways after high school. It taught me how ridiculous you look if you stick to the same attitude that made you feel so powerful back then.

Some people still hold old grudges. Some people have simply disconnected themselves and do not want to go back. Some don’t see the point at all. I’m an admitted nostalgia junky, so reunions have a special appeal to me. But I understand many people don’t feel the same way.

Most of all, I wonder how many of those people skipped the reunion because of Facebook. While I might have argued from this perspective a few years ago, I wouldn’t take this stand now. But it’s obvious the reunion concept is in danger because of social networking.

Why bother going to a reunion? If I was close friends with you in High School, I kept in touch with you. If I liked you just a little, I’ve already connected with you on Facebook. If I didn’t like you, I probably connected with you, then dropped you after I realized I didn’t want to hear about your stupid life. And if I hated you, I’m definitely stalking you from afar and hoping your life goes to trash before my eyes. Thank God for Facebook’s horrible privacy settings. The morons who bullied me back then will never figure them out.

It was for this reason that I skipped my 15-year college reunion. First of all, 15 year reunions are just stupid. Reunions come in 10-year increments. That’s the rule. I know 25-year sounds enticing, but trust me on this one. Skip it and wait until your 30-year.

I skipped my college reunion because I keep in touch regularly with everyone from my class with whom I was friends. And college is much more mixed in terms of class years. I had far more friends from other classes, and none of them would be attending. So why bother? But high school is more regimented. You tend to go to class with students from your graduating year. Most of my high school friends graduated with me.

I hope the high school reunion does not die in the face of Facebook. The argument that you will keep in touch with the people most important to you, regardless of social networks or contrived picnics in your old home town, is simply untrue.

Humans live in very limited spheres, but feel like we exist as part of the whole world. When I’m in New York City and I happen to run into my friend who is a lawyer in Turkey, or my actor friend who works mostly in southeast Asia (true story, and on the same day, no less), I feel like the world is a small place and it’s easy to connect. But in fact, it is too easy to lose touch even with people who are very important to us. The idea that we’ll keep in touch with those we love best is self-defeating. What’s the value in giving up on trying to keep the channels of a relationship open?

Facebook is not an artificial class reunion, it is simply a tool. You still have to do the legwork yourself. Facebook is no more forcing us to be friends with old acquaintances than the telephone is forcing us to call our parents. There is no reason to disdain Facebook simply because of the strange friendships we have dug out from the backyard of our childhood homes, hosed off, and trotted around on our handlebars.

There is value in seeing people in person. Going to my 10-year reunion was cathartic, even though I hadn’t accomplished so much. I had a wife (now ex-), but no kid yet. I was a teacher, and I’ve since changed careers. But it did help me bridge a divide in unexpected ways. Being friends with people on Facebook gives me an idea of what they look like, what they are into now, who they ended up with. But it doesn’t have the same impact as talking to them personally and seeing them in motion.

I had forgotten that we are all real people. In the crowded space between high school and now, my adolescent emotions had clouded my impression of these people to such an extent that I had imbued them with a power and an importance that was unsustainable. I’ll admit I was still holding some old grudges, but those grudges were disfigured by the emotional maelstrom that is our youth. 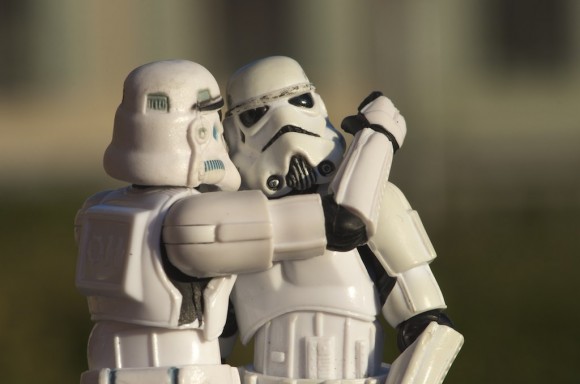 The best part of the reunion was seeing people who were not so important to me that I wanted to rekindle a real-world friendship. On Facebook, those casual acquaintances are answers to trivia questions. But in real life, they help fill out and make whole the piecemeal memories we’re stuck replaying in our minds over and over 10, 20, or 30 years later.

The same is true for reunions. Don’t go to your high school reunion for you. Go for me. Even if you won’t get much out of it, you may be surprised by who is happy to see you, and how much your presence means. En masse, the effect increases geometrically as more and more people attend.