Sonic the Hedgehog is a game that needs little introduction. It sparked a series that is still going to this day – hit or miss though it may be – and it made Sega a competitor to the once-monolithic Nintendo. While Sonic has had his share of duds over the years, it seems that most people look back fondly on the original Sonic the Hedgehog trilogy. Today we’re taking a look at the game that started it all: Sonic the Hedgehog, which launched for the Sega Genesis in North America on June 23rd, 1991.

In just a few weeks, Sonic the Hedgehog – as a franchise, a character, and as an individual game – will be turning 30 years old, making it a prime choice for the very first Retro Revisit here at SlashGear. It also happens to be the very first game that the author of this article ever played. It’s safe to say that Sonic the Hedgehog created a fan in five-year-old me, and while that’s led to some heartbreak in the 30 years since, those are retrospectives for another time. 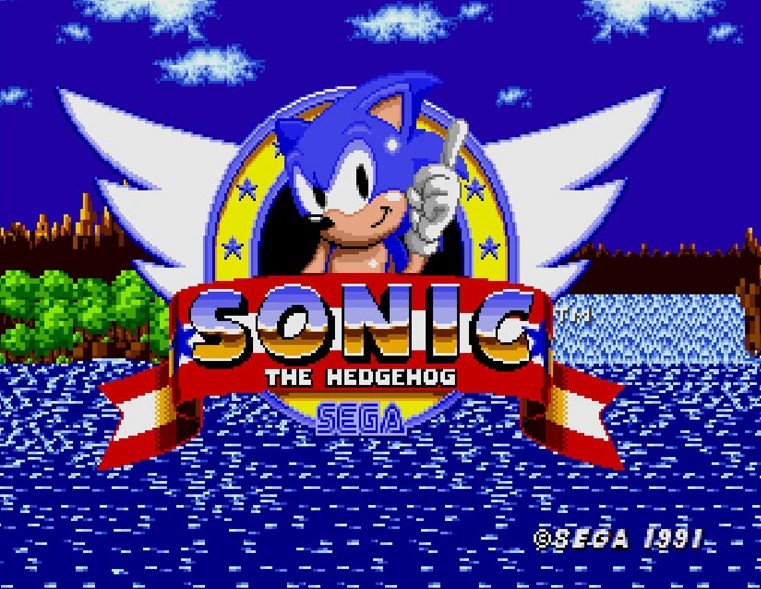 For those that may have missed the first Sonic the Hedgehog, I’d first urge them to go play the game because it’s available on a number of modern platforms and can generally be purchased on the cheap. That aside, Sonic the Hedgehog is a side-scrolling platformer with seven zones each consisting of three acts. At the end of each zone’s third act, there’s a boss battle with Dr. Robotnik, the main antagonist of the game. If players are holding 50 rings or more when they finish each act, a giant ring will appear and transport them to the game’s special stage when touched. Successfully completing the special stage will give players one of six Chaos Emeralds until all of them are collected.

It’s a straightforward platformer that would have simply been one of many when it was initially released, but there was one major difference with Sonic the Hedgehog: speed. While other platformers could be somewhat slow affairs, Sonic the Hedgehog was all about speed. There are plenty of hazards and enemies to slow you down in each stage, but Sonic 1 is at its best when you learn the ins and outs of each stage and are then able to put the pedal to the metal. I would definitely take a look at a glitchless speedrun of Sonic the Hedgehog if you’ve never seen one before, because it’s really impressive how quickly someone can get through these levels when they know what they’re doing. 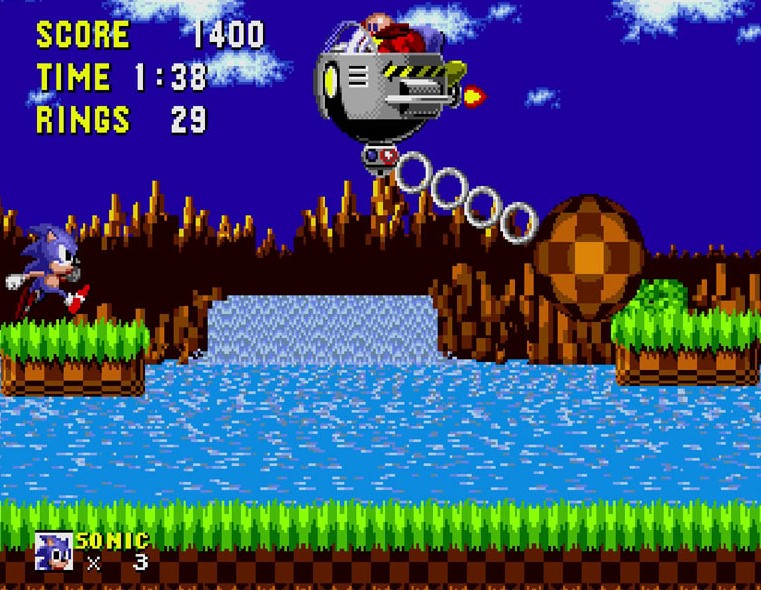 A playthrough of Sonic the Hedgehog feels downright breezy in comparison, though while I do like most of the stages in this game, there are definitely some that aren’t great. Mainly, I’m talking about Labyrinth Zone, a stage that takes place mostly underwater. Underwater segments in platformers have a reputation of being slow, difficult, and unfun. I’m pretty sure Labyrinth Zone is part of the reason why underwater stages have that reputation, because it definitely encapsulates every frustration of them perfectly.

I have similar feelings about Spring Yard Zone, which is home to tons of bumpers that will send you flying everywhere and tight corridors filled with tons of hazards. Spring Yard Zone at least has some really good music and, importantly, there’s no water in sight.

The rest of the zones, though? They’re all fantastic. The game opens with the one-two punch of Green Hill Zone followed by Marble Zone, two of the most iconic levels in platforming history. Star Light Zone is my favorite level in the game from both a design and music standpoint and acts as a palate cleanser after Labyrinth Zone, while Scrap Brain Zone – the final true level in Sonic the Hedgehog before the boss fight with Robotnik that decides it all – is really the gauntlet of traps, enemies, and tricky platforming that should lie before the final confrontation. 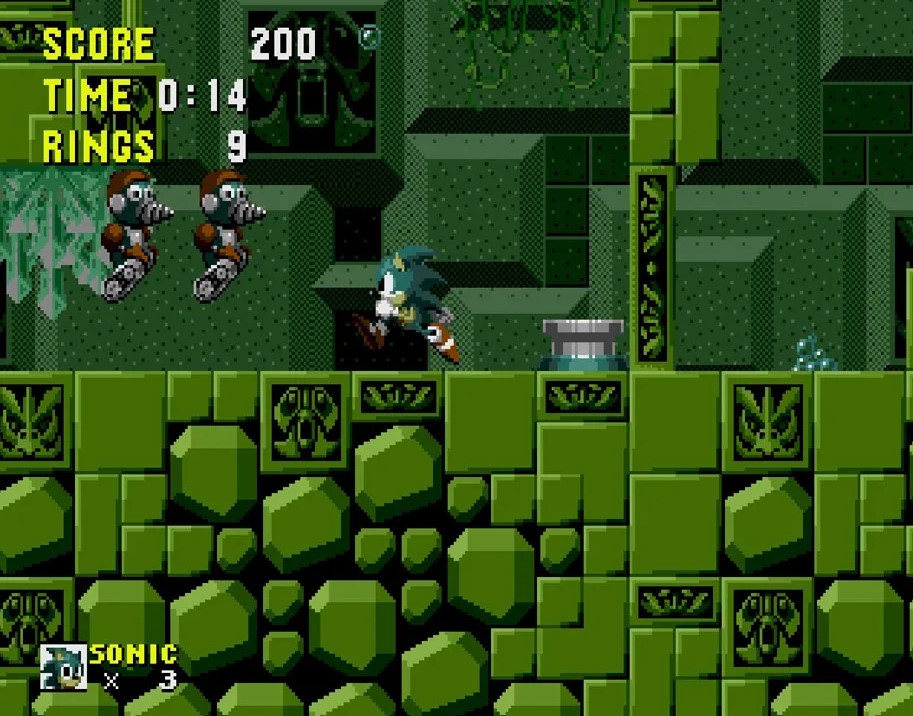 In Sonic the Hedgehog, we see the framework for a lot of things that come later in the series. For instance, the Chaos Emeralds are present in Sonic the Hedgehog, but they don’t really do much aside from giving you an “alternate ending” if you collect them all. Chaos Emeralds would return in later Sonic games, and from Sonic 2 onward, collecting all of them gives you the ability to transform into Super Sonic – a yellow-colored, super fast version of Sonic that’s impervious to most damage (except being crushed and falling in pits).

Later games in the series keep the act structure seen in the first game, though most future games drop the third act of each zone entirely and put the boss fight at the end of the second act. The original Sonic the Hedgehog is unique amongst its successor in that it’s the only game where Sonic is acting alone – in subsequent games, Sonic has a larger cast of characters joining him on his adventure, starting with the introduction of Miles “Tails” Prower in Sonic the Hedgehog 2.

It’s true that the games that came after Sonic the Hedgehog were more fleshed out and did more with the concept of high-speed platforming, but there’s something special about the first Sonic game despite the success of the games that followed. While it may not rise to the level of its sequels, it laid the groundwork for future games well, and with the number of publishers looking for the next “animal with attitude” hit in the years following the release of Sonic the Hedgehog, it deserves to go down in history as one of the most influential games ever released.