This Friday’s dose of macabre comes courtesy of researchers in China who are testing a new method to 3D print bones. The bones aren’t like past 3D printing attempts we’ve heard of, however — they are being printed using powered bones and a biological glue. Past efforts have seen researchers using metal elements for printing 3D bones as potential medical implants, but this latest method is producing potentially implantable bones that made entirely of, you know, bones ground into a powder.

The project is being done by Southern Medical University researchers located in Guangzhou, China, and it is said to be preparing to enter an animal testing stage. The process works by using a very fine powder made of bone and an unspecified biological glue, and the end result are precisely printed fully-bone bones. 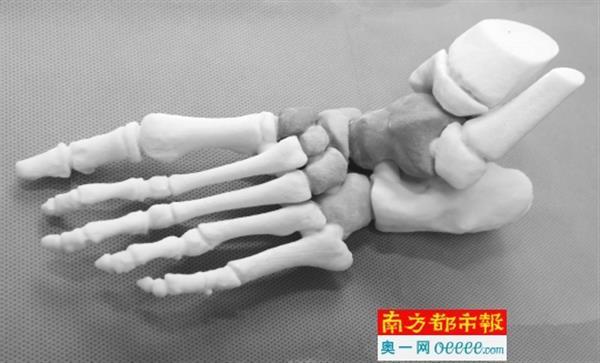 The next phase of the testing will include comparing the 3D printed bones with real animal bones to discern what the differences are. The uses for such artificial bones are obvious: those who had bones removed due to cancer, or who have lost bones or parts of bones due to injuries can have a fully-bone replacement printed that tailored to one’s specific needs.

In addition, the technology can be used to print out reference bones to aid doctors in visually the damaging or other issue a patient is experiencing. The news is exciting, but the researchers have advised that it will be at least half a decade before we see such bones used in medical clinics, and that assumes the project proceeds optimally over the upcoming years.