A study published this week showed experimental evidence that batteries of the future might very well have double or triple the power capacity available in standard lithium-ion batteries today. This could eventually lead to smartphones with batteries that allow you to go without a recharge for several days at a time. It could also mean that phone batteries will last just as long as they do now, but with a smaller footprint, allowing innovative new uses of the extra space.

In the study, researchers co-led by The University of Texas at Austin found that several metal oxides have the ability to physically store power beyond theoretical limits. It was shown that some materials had anomalously high capacities in the past – this study showed how extra charge was, indeed, stored physically inside said materials via space charge storage mechanism. 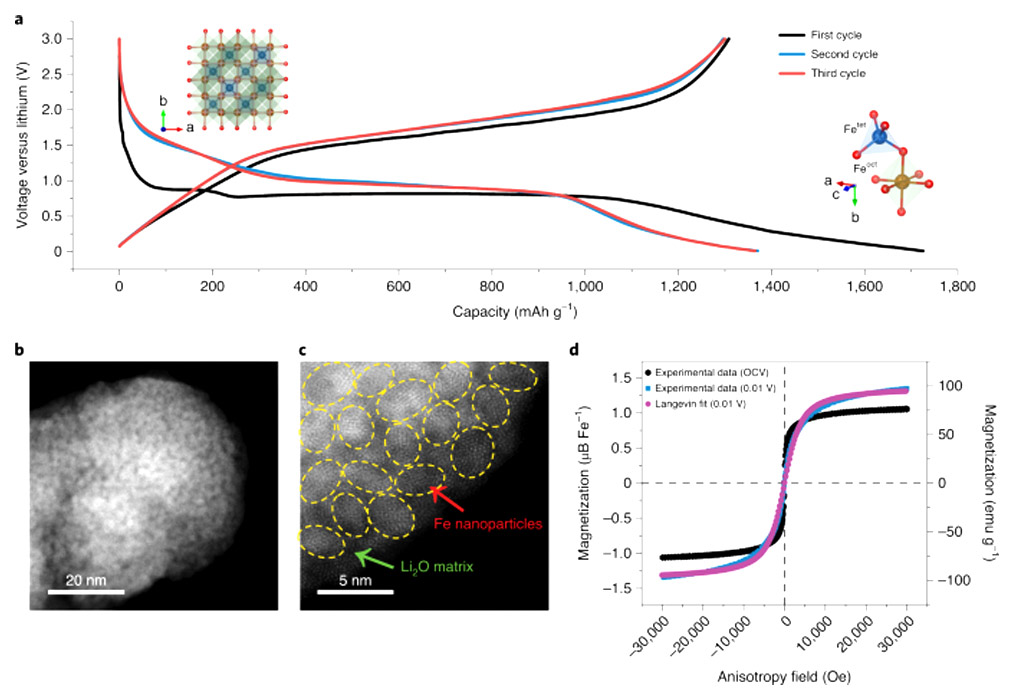 This goes beyond classic electrochemical storage mechanisms. It goes well beyond the abilities of the battery in the phone, tablet, or laptop on which you read this article.

The standard method of battery power storage has lithium ions move through materials, or convert material crystal structures. Energy can be stored both within transition-metal oxides as well as at the surface of already-reduced metallic nanoparticles formed during discharge at low potentials in transition metal oxide LIBs.

“The most significant results were obtained from a technique commonly used by physicists but very rarely in the battery community” said Guihua Yu, associate professor at the Walker Department of Mechanical Engineering at the Cockrell School of Engineering, speaking with SciTech Daily. “This is a perfect showcase of a beautiful marriage of physics and electrochemistry.”

The method noted by Guihua Yu is in situ magnetometry. This is a real-time magnetic monitoring system, at its most basic. With this system, changes in magnetism in a monitored material’s internal electronic structure assist in quantifying the material’s charge capacity. Yu was one of the leaders of the project that was published this week in Nature Materials.

The study showed that it was the charge capacity of the surface of certain materials that was the dominant source of battery capacity above and beyond the standard. This added surface capacitance exists with Fe₃O₄, NiO, FeF₂, and Fe₂N systems.