Researchers from the University of Colorado Boulder Materials Research Center have discovered an elusive phase of matter that was first proposed more than 100 years ago. Scientists have been trying to find evidence of the phase since it was first proposed. A “ferroelectric nematic” phase of liquid crystal is described in a new study published recently. According to the researchers, the discovery “opens a door to a new universe of materials.”

Nematic Liquid crystals have been researched since the 1970s and show a mix of fluid and solid-like behaviors that allows them to control light. They have been used extensively to make liquid crystal displays used in laptops, TVs, and smartphones. Researchers say that if nematic liquid crystals were dropped on a table like a handful of pins, the blunt ends would carry a positive charge and the pointy ends a negative charge. With a traditional nematic liquid crystal, half the pins point left in the other half point right with the direction chosen at random. 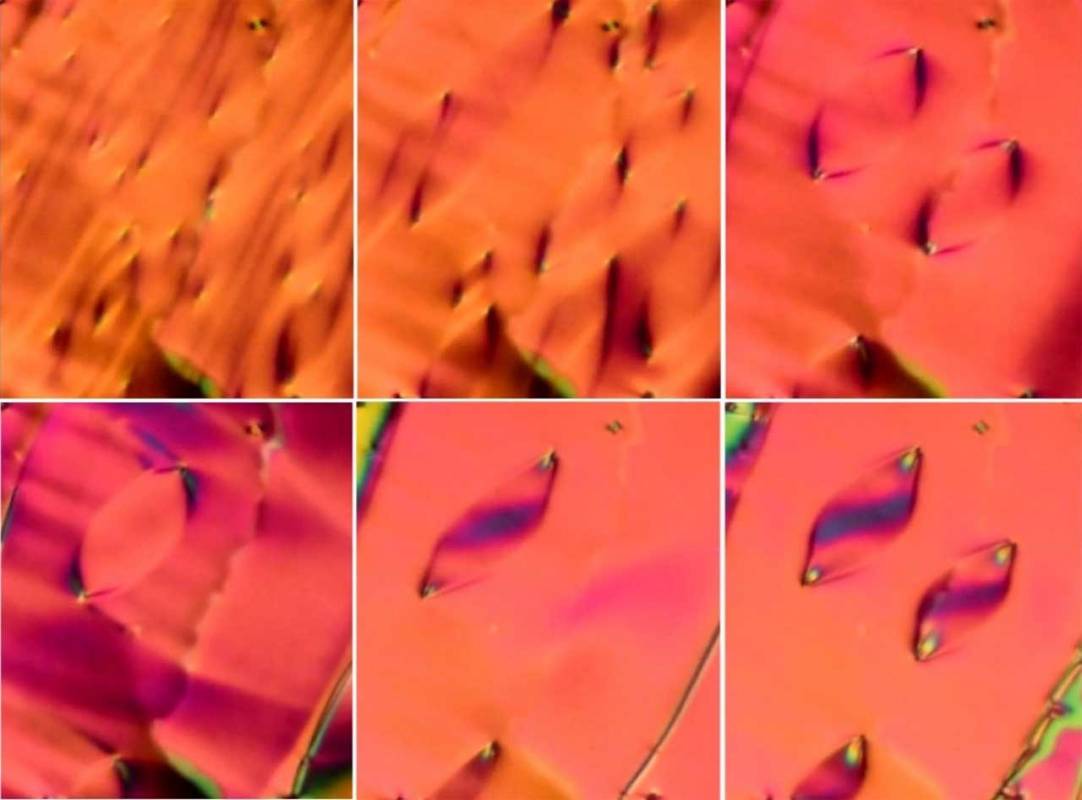 A ferroelectric nematic liquid crystal phase would be more orderly with molecules, all pointing in the same direction, either left or right. In physics, materials have what’s known as polar ordering. The researchers say that the discovery of one such liquid crystal could open up a range of technological innovations from new types of display screens to a new type of computer memory. RM734 is an organic molecule created by a group of British scientists several years ago.

The researchers who discovered the molecule reported that it exhibited a conventional nematic liquid crystal phase at higher temperatures, but at lower temperatures, an unusual phase appeared. When the University of Colorado researchers observed the unusual phase under the microscope, they noticed that under a weak electric field, a palette of colors develops toward the edges of the cell containing the liquid crystal. 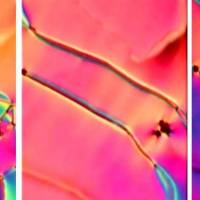 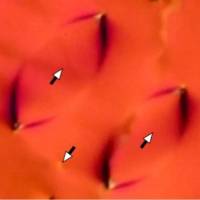 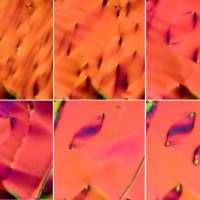 After running additional tests, the team found that RM734 was 100 to 1000 times more responsive to electric fields than usual nematic liquid crystals. The findings suggested that the molecules making up liquid crystal demonstrated strong polar order. They also discovered that when cooled from a higher temperature, there were patches within the sample where the molecules seem to be aligned. One researcher said that discovery confirmed the phase was a ferroelectric nematic fluid. The team intends to continue working on RM734 to discover how it’s able to achieve the rare feat.