MIT researchers have been able to create what is believed to be the smallest robots ever that can sense their environment, store data, and carry out computational tasks. The tiny robots are the size of a human egg cell and have tiny electronic circuits that are made of 2D materials. That material piggybacks on tiny particles known as colloids.

Colloids are particles or molecules that are insoluble and are somewhere in the range of a billionth to a millionth of a meter across. The particles are so tiny that they can stay suspended in a liquid or air indefinitely. MIT’s ability to combine those particles with complex circuitry could lay the groundwork for devices that could be dispersed to perform many diagnostic tasks in many usage scenarios. 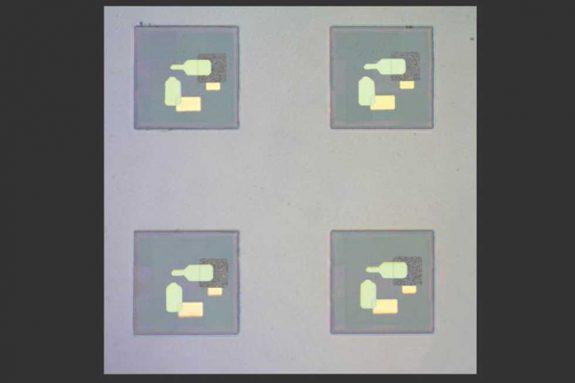 The tiny bots could, for instance, be sent through the human digestive system to look for disease or through an oil or gas pipeline to look for blockages. MIT’s researchers are taking a different tract than other scientists working on similarly miniscule robots. While those other teams have focused on making these tiny bots mobile using flagella, tail-like appendages tiny microorganisms use to move, the MIT team is focusing on making the tiny devices functional.

The tiny MIT bots are self-powered needing no external power source or internal batteries. Power is gathered by a photodiode that gives the tiny amount of electricity needed to power the circuits inside the bots. That power is enough to allow the robots to sense information about the environment, store the data in memory, and later have the data read after their mission is over.

These little bots could be a very big deal for the oil and gas industry where checking for leaks or issues currently involves time-consuming and expensive processes. These little bots could be introduced at one end of the pipeline and extracted at the other providing data on what they encounter along the way. The team is continuing work on the little bots with a goal of adding communications capability to deliver data without needing physical contact.