One of the biggest challenges that electronics manufacturers face today is continually increasing the power and capability of wearable devices while maintaining adequate battery life. Engineers from the University of California San Diego have developed what they call a “wearable microgrid” to power small electronics. The microgrid harvests and stores energy from the human body.

The system includes three main components: a sweat-powered biofuel cell, a motion-powered triboelectric generator, and an energy-storing supercapacitor. All of the parts used in the system are flexible and can be washed. Components can also be screen printed directly onto clothing. Researchers say the wearable microgrid integrates devices to locally harvest energy from different parts of the body, including sweat and movement, while containing components needed to store that energy.

The biofuel cells harvesting energy from sweat are located inside the shirt at the chest. Components designed to harvest energy for movement into electricity, the triboelectric generators, are positioned on the outside of the shirt on the forearms and sides of the torso near the waist. Those components harvest energy from the swinging motion of the arms against the torso when walking and running.

The system utilizes supercapacitors on the outside of the shirt located on the chest to store energy temporarily from both of the energy gathering devices and then discharge the power to small electronics, such as smartwatches. The team says the ability to harvest energy from movement and sweat allows the system to power devices continuously and quickly. 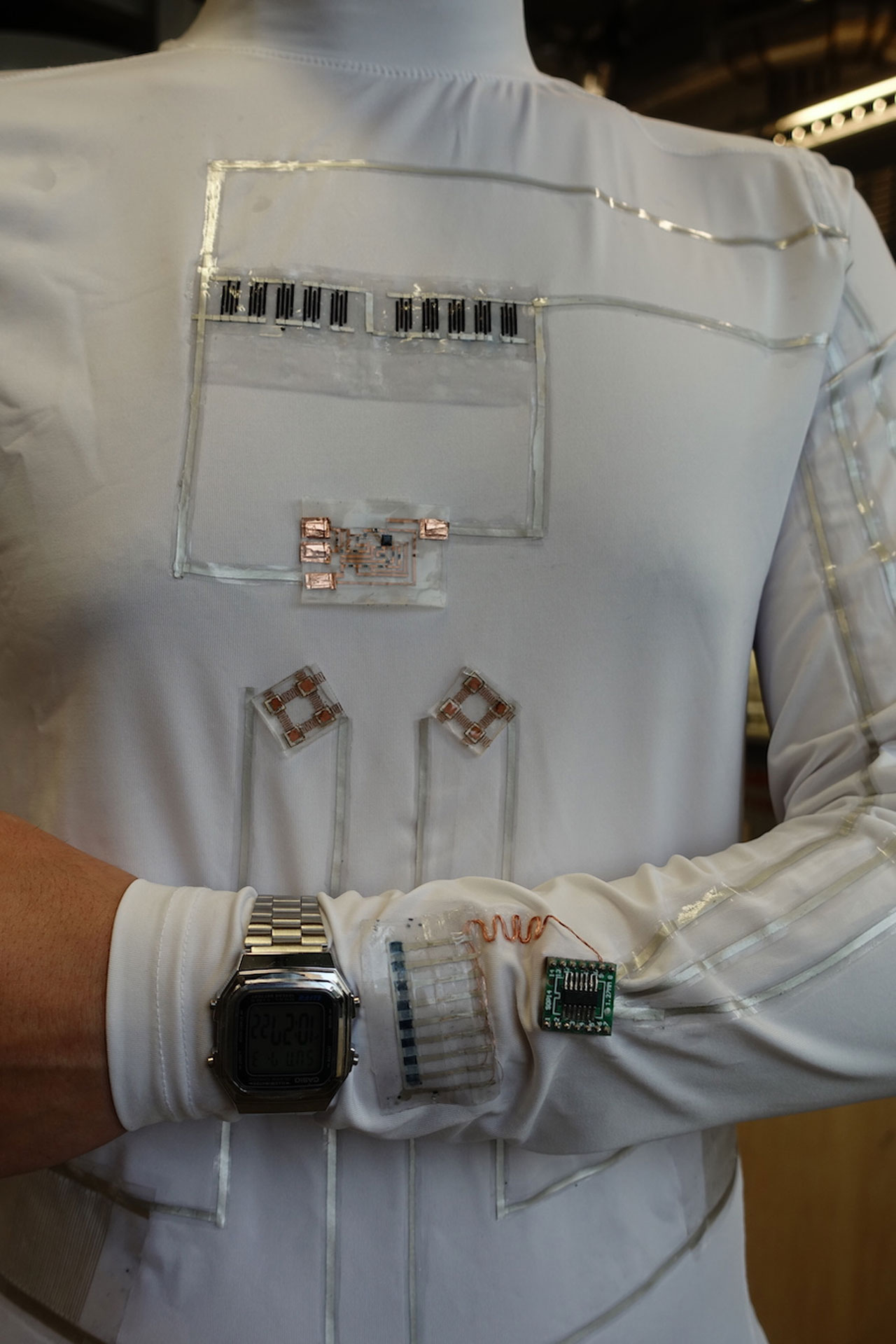 The triboelectric generators provide power as soon as the user starts moving before they begin to sweat. Once sweating begins, the biofuel cells begin producing power and continue to do so after the user stops moving. Combining the two technologies allows the systems to overlap, making up for shortcomings. In testing, the system could power an LCD wristwatch or small display during 30 minutes exercise sessions.