Researchers from Columbia University have created a system that can cook food using lasers and leverages 3D printing technology to assemble foods. Researchers on the Digital Food team from the Creative Machines Lab have been working to build an autonomous digital personal chef. The team says that printers can produce ingredients at a millimeter precision, but there was no heating method with the same degree of resolution.

The team set out to develop a system that could 3D print the foods and leverage lasers to cook it simultaneously. In the research, the team used chicken as their model food system and explored various cooking methods by exposing it to blue light and infrared light. In their test, the chicken was printed in a chunk that was 3mm thick and approximately one-inch square.

During the experiment, multiple cooking parameters were investigated, including cooking depth, color development, moisture retention, and flavor differences between food cooked using the laser and meat cooked on the stove. One interesting discovery was that food cooked using a laser shrunk 50 percent less than stove-cooked meat while retaining twice the moisture content.

While shrinking less and losing less moisture, the meat had a similar flavor compared to meat cooked using a conventional stove. Another interesting discovery during blind taste tests conducted during the experiment was that two taste testers preferred meat cooked with a laser to the samples cooked on a stove. 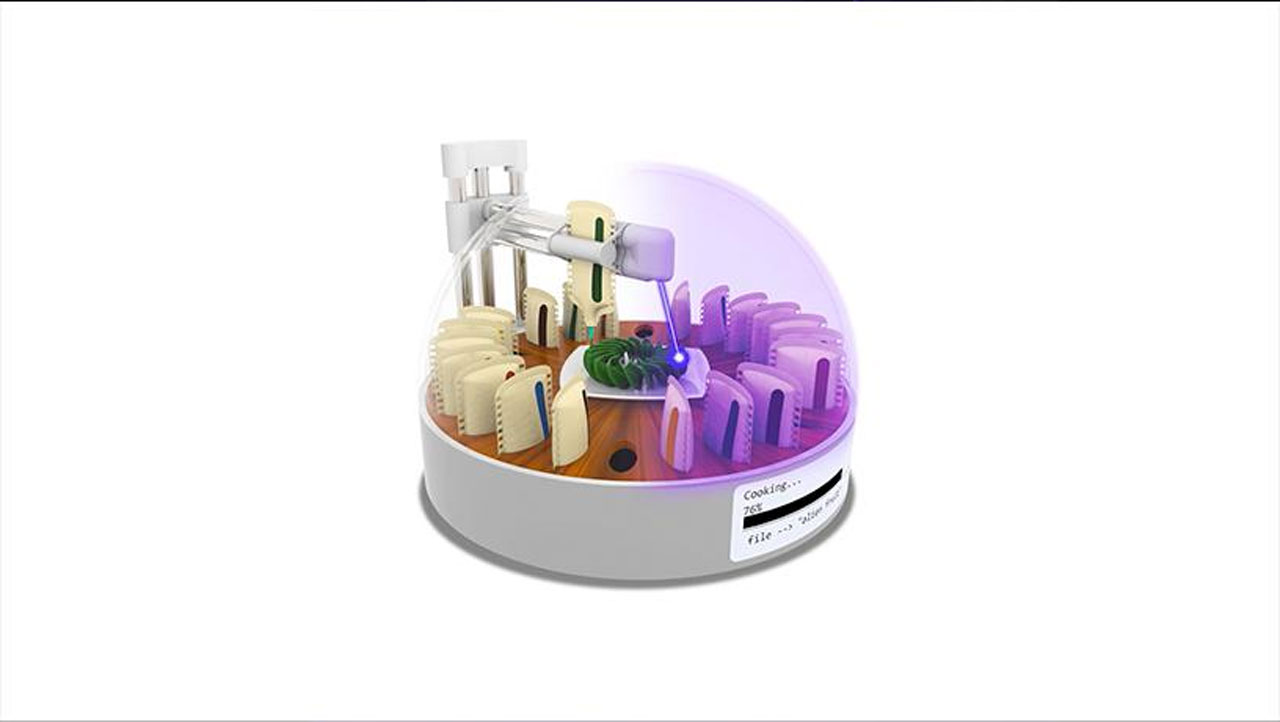 While 3D printing and laser cooking technology shows promise, researchers admit there are still challenges to overcome. One of the key challenges is something the researchers call “Food CAD,” described as a type of Photoshop for food. The team says systems like this need high-level software enabling nonprogrammers to design foods they want to eat.