Leonardo was voraciously curious, capable of intense study and preparation for great works. But often – notoriously often – da Vinci moved on to new projects before he’d finished the old. New research made public this week found significant evidence leading to the conclusion that the original Renaissance Man had attention-deficit/hyperactivity disorder (ADHD).

Leonardo was a sort of flake. He was commissioned for a variety of paintings which he never completed. He worked for long periods of time on one portion of a work of art “at the expense of losing track of his overall progression of the project, a relentless procrastination.” So noted the research published this week by Marco Catani from the Institute of Psychiatry, Psychology and Neuroscience at King’s College London, UK.

Perhaps the most famous analysis of Leonardo was written by neurologist Sigmund Freud. As Freud was apt to do, he pointed toward Leonardo’s childhood for his later behavior. Freud suggested da Vinci was sexually repressed, and blamed his father (and/or father figures) for his failings.

NOTE: Leonardo’s name was given in a fashion not unlike that of any bastard child in the modern epic tale Game of Thrones. Much like the character Jon Snow was named “Snow” because he was (apparently) born in North Westeros, Leonardo’s last name comes from his out-of-wedlock birth in the Tuscan hill town of Vinci. Leonardo’s father never married his mother, but went on to marry two wives, one 16-years old (when Leonardo was approximately the same age), the other 20 (when Leonardo was around 16). 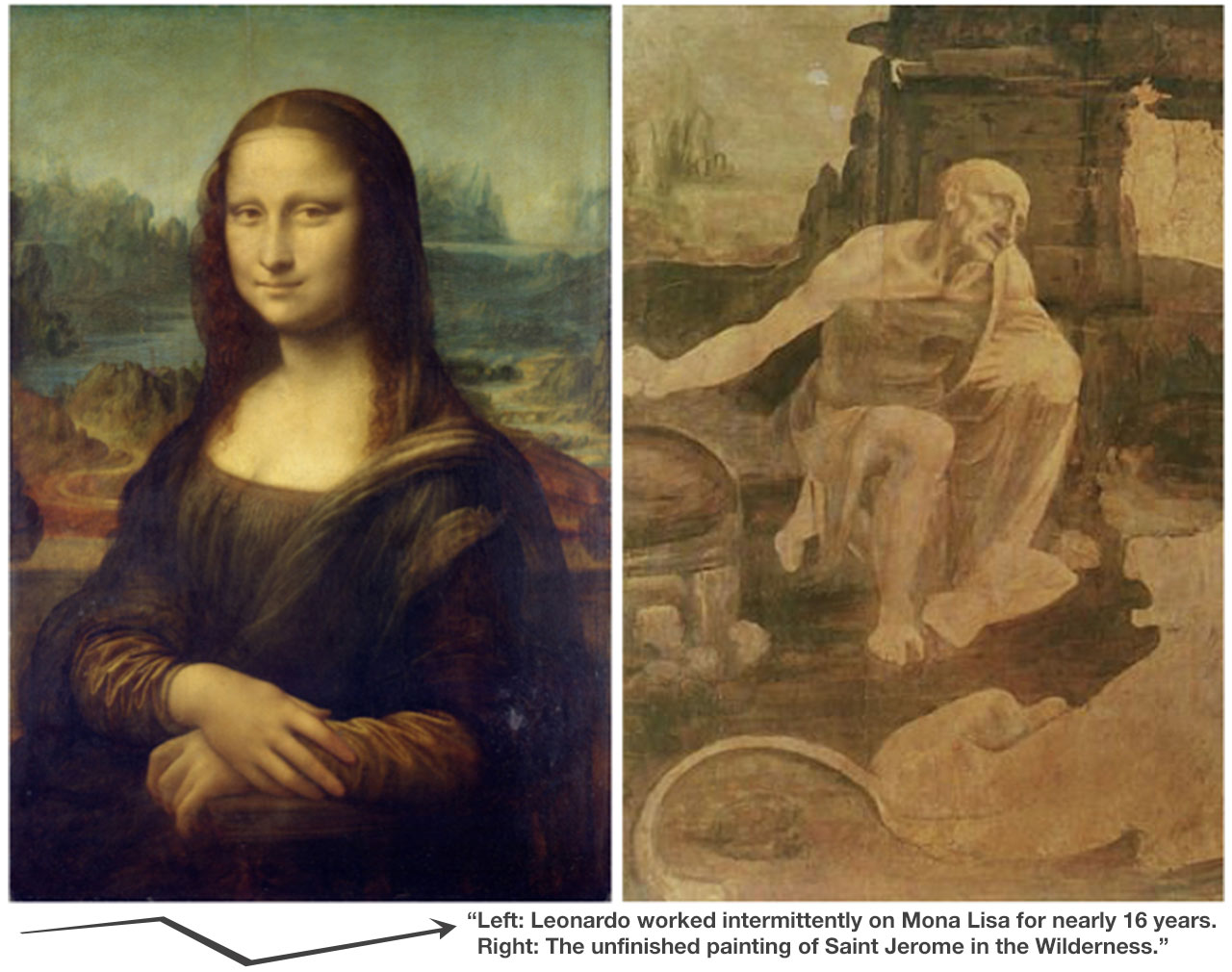 Freud went on to suggest that because Leonardo’s biological mother did not marry his biological father, that his mother… well…

“The impetuosity of the caressing to which the vulture phantasy points was only too natural,” wrote Freud. “The poor forsaken mother had to give vent through mother’s love to all her memories of love enjoyed as well as to all her yearnings for more affection; she was forced to it, not only in order to compensate herself for not having a husband, but also the child for not having a father who wanted to love it.”

As if that weren’t reaching enough, Freud went on: “In the manner of all ungratified mothers she thus took her little son in place of her husband, and robbed him of a part of his virility by the too early maturing of his eroticism.”

Freud went on to suggest that Leonardo’s later diary entries pointed toward the artist’s blame of father figures for his own inability to finish creative projects.

As Freud recounted, Leonardo’s reaction to his benefactor duke Lodovico Moro’s death was the following diary entry: “The duke has lost state, wealth, and liberty, not one of his works will be finished by himself.” Wrote Freud: “he here raises the same reproach to his benefactor that posterity was to apply to him, as if he wanted to lay the responsibility to a person who substituted his father-series, for the fact that he himself left his works unfinished.”

ADHD, the most recent diagnosis

In a paper published in the scientific journal BRAIN this month, analysis by Catani suggests Leonardo’s most definitive attributes point toward ADHD. ADHD is a neurodevelopmental mental disorder which is characterized by a couple of symptoms that could explain a lot about how and why Leonardo lived his life.

Children with ADHD may often seem excessively active – wild, unruly, and the like. They’ll often have difficulty paying attention and may seem to behave in ways counterintuitive to their proven sense of wrong and right. Behavior without regard to consequence is common in people with ADHD. 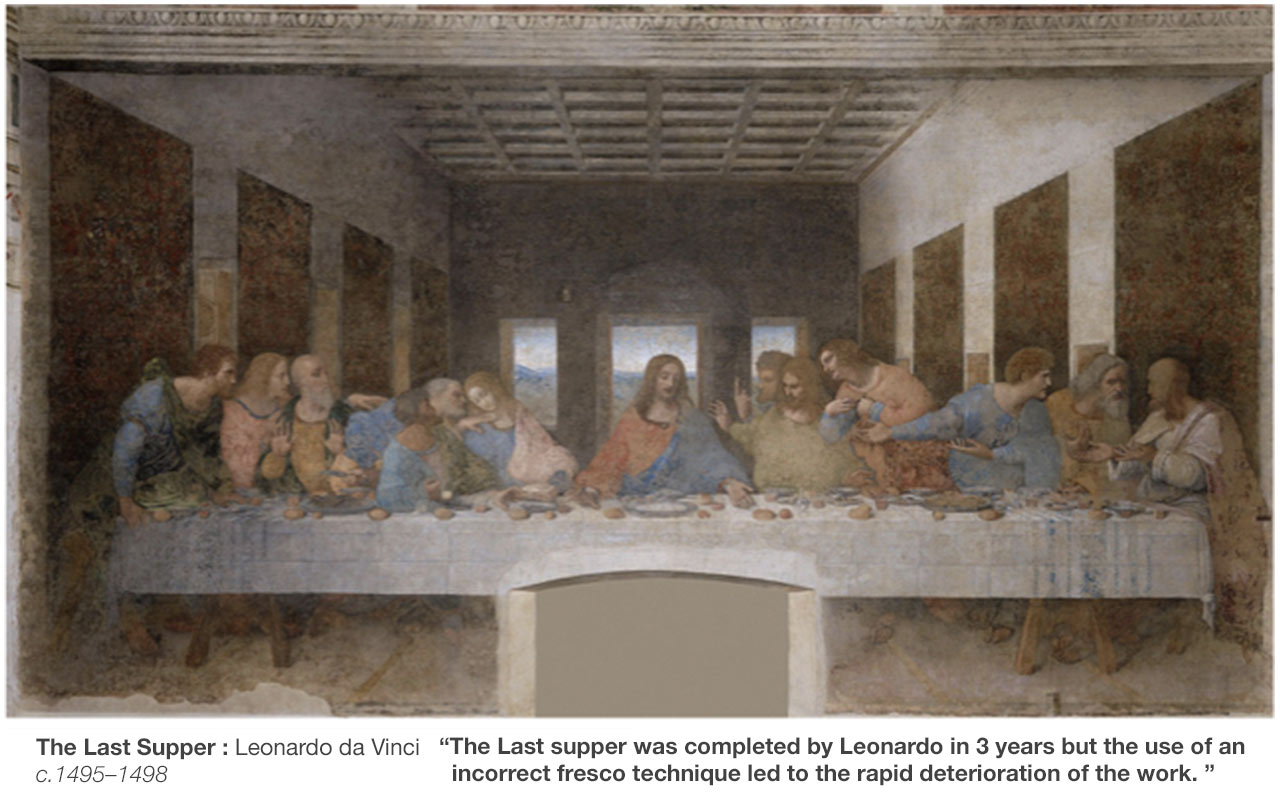 “While impossible to make a post-mortem diagnosis for someone who lived 500 years ago, I am confident that ADHD is the most convincing and scientifically plausible hypothesis to explain Leonardo’s difficulty in finishing his works,” said Catani.

An indicative point of connection here is the ADHD (and ADD) feature called hyperfocus. Hyperfocus and a lack of ability to keep attention on one subject exist at once in a person with ADHD (and ADD), resulting in sometimes disastrous, sometimes miraculous results.

“Most of the adults I see in my clinic report having been bright, intuitive children but develop symptoms of anxiety and depression later in life for having failed to achieve their potential,” said Catania. “It is incredible that Leonardo considered himself as someone who had failed in life.”

For more information on this subject, have a peek at the research paper “Leonardo da Vinci: a genius driven to distraction.” This paper was authored by Marco Catani and Paolo Mazzarello with code DOI:10.1093/brain/awz131 in the neurology journal BRAIN, with Oxford Academic.