The simplification of elements having to do with smartphones in their current state seems to be the overarching theme of mobile tech today. The iterating of elements – screen size, shape, amount of cameras, piddly things – seem to be what’s most important to smartphone manufacturers. What’s it going to take to change the whole industry? Could a battery system that harvests radiation from Wi-fi to charge batteries do the trick?

There’s a study that’s gone on recently in which researchers have proven the possibility that two-dimensional materials can be used to create flexible rectenna for Wi-fi-band wireless energy harvesting. Good on them for finding the way in which it’ll work. But supposing their research results in smartphone battery systems that charge while you drive to work – what then?

How would a lack of need for charging your smartphone change your life? Would it really make that big a difference? Or would it just make it so you wouldn’t need to remember to plug your phone in at night? 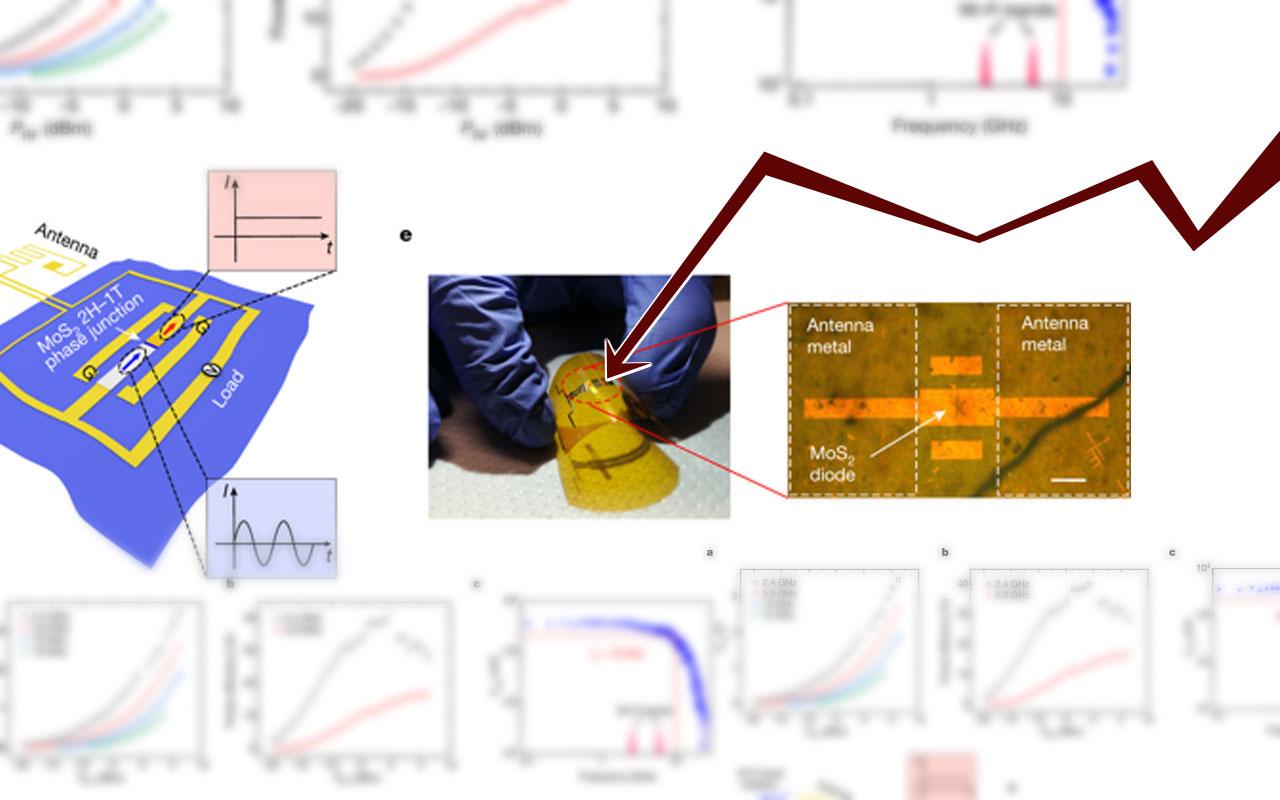 Researchers postulated that while components for their potential system exist, “an efficient, flexible and always-on energy-harvesting solution, which is indispensable for self-powered systems, is still missing.” Now that electromagnetic radiation from Wi-fi systems around the world at 2.4 and 5.9 gigahertz “is becoming increasingly ubiquitous,” what’s the use of a flexible, thin, robust, efficient system for harvesting said power?

“This flexible MoS2-based rectifier operates up to the X-band (8 to 12 gigahertz) and covers most of the unlicensed industrial, scientific and medical radio band, including the Wi-Fi channels. By integrating the ultrafast MoS2 rectifier with a flexible Wi-Fi-band antenna, we fabricate a fully flexible and integrated rectenna that achieves wireless energy harvesting of electromagnetic radiation in the Wi-Fi band with zero external bias (battery-free).”

But wait, didn’t Tesla do that first? I mean, sort of? Sort of. Wi-fi didn’t exactly exist when Tesla was experimenting back in his day. Now that we’ve got power – massive amounts of power – hovering about us almost constantly, it’s only sensible that we try to harvest on the work already being done.

The people that’ve conducted this research suggested that “this work provides a universal energy-harvesting building block that can be integrated with various flexible electronic systems.” Flexible electronic systems such as upcoming Foldable Phones, but also devices with flexible components that don’t necessarily move a whole lot once they’re put in place – like a curved video monitor.

With a lack of need to stop and recharge batteries in wireless devices, we could potentially head out to the beach and watch our favorite streaming shows in the sunshine. That’s a bad example. Maybe a smartwatch is a better reason to want to integrate batteries charged by wi-fi radiation.

Maybe it’s the device we’ve not yet dreamed of. The device that’d otherwise be impossible. The device that lives inside the human body. Could this be the point at which the cyborg becomes a real possibility? Is it time we started planting Bluetooth-connected LED lights under our skin to augment tattoos? Or maybe something more noble? The possibilities COULD be endless.

For more information on the research mentioned in this article, see the paper “Two-dimensional MoS2-enabled flexible rectenna for Wi-Fi-band wireless energy harvesting” as published in the January 28th, 2019 edition of Nature International Journal of Science.